USHL Players of the Week: Week 27 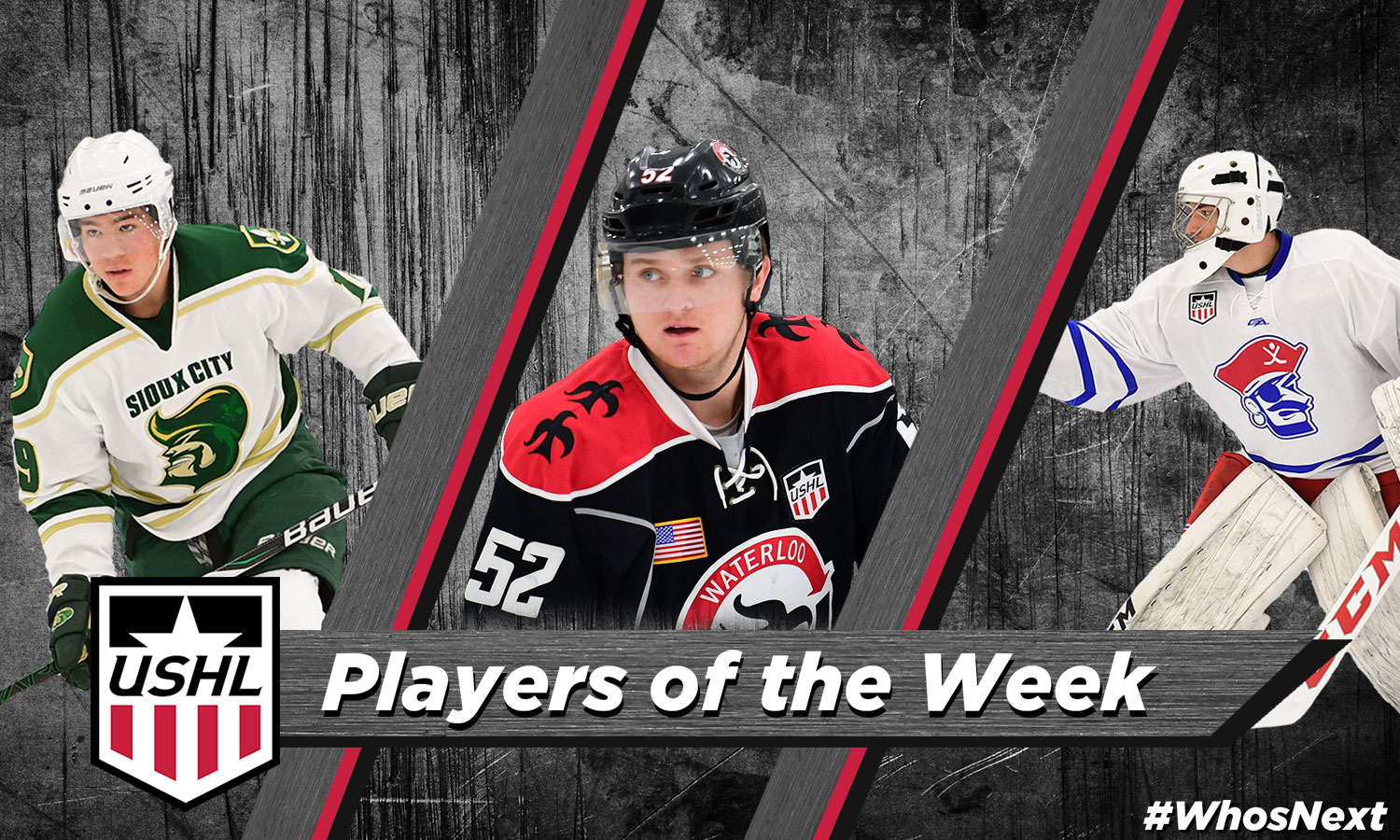 The United States Hockey League announced the Forward, Defenseman and Goaltender of the Week for Week 27 of the 2018-19 season. Sioux City Musketeers forward and 2019 NHL Draft prospect Bobby Brink was named Forward of the Week for the fourth time this season, Waterloo Black Hawks blueliner Hank Sorensen earned his second Defenseman of the Week honors, and Des Moines Buccaneers goalie Roman Durny was named Goaltender of the Week for the second time this season. Brink brought in four goals and three helpers in his games this past week, while Sorensen dished out six assists, and Durny posted a 30 save shutout over the weekend. The USHL is America’s only Tier 1 junior hockey league, and continues to lead the world in the advancement of Division I college hockey athletes. 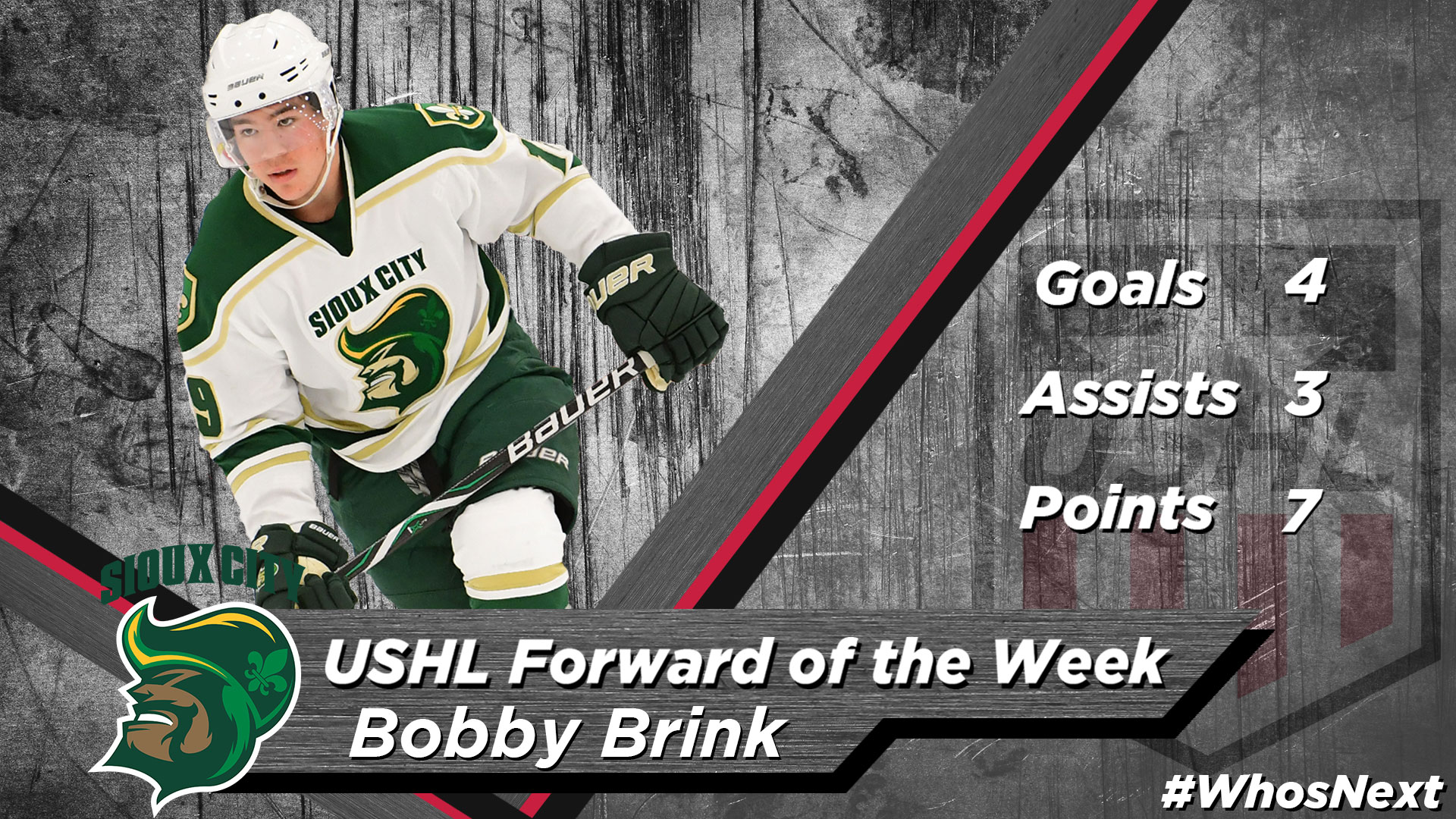 Brink scored four goals and dished out three assists to earn an impressive seven points this past weekend. This is the second consecutive week the 2019 NHL Draft prospect has earned Forward of the Week honors, and his fourth time winning this season. Brink is up to 62 points (33G, 29A) in 40 games this season, an average of 1.55 points per game. His 62 points lead all Sioux City players and are also good for sixth among all USHL players. Brink’s 33 goals lead the Musketeers and are good for third among all USHL players. This is the fourth weekly award of Brink’s USHL career, as he was previously named Forward of the Week on Nov. 5, 2018, Feb. 4, 2019 and Mar. 25, 2019. The University of Denver commit was listed as a B-rated skater on the NHL Central Scouting Players to Watch List, and was ranked 29th among North American skaters on January's NHL Central Scouting Midterm Rankings. Brink also helped Team USA win a goal medal at the World Junior A challenge. Prior to his time in the USHL, Brink played for Minnetonka High in his home state of Minnesota. 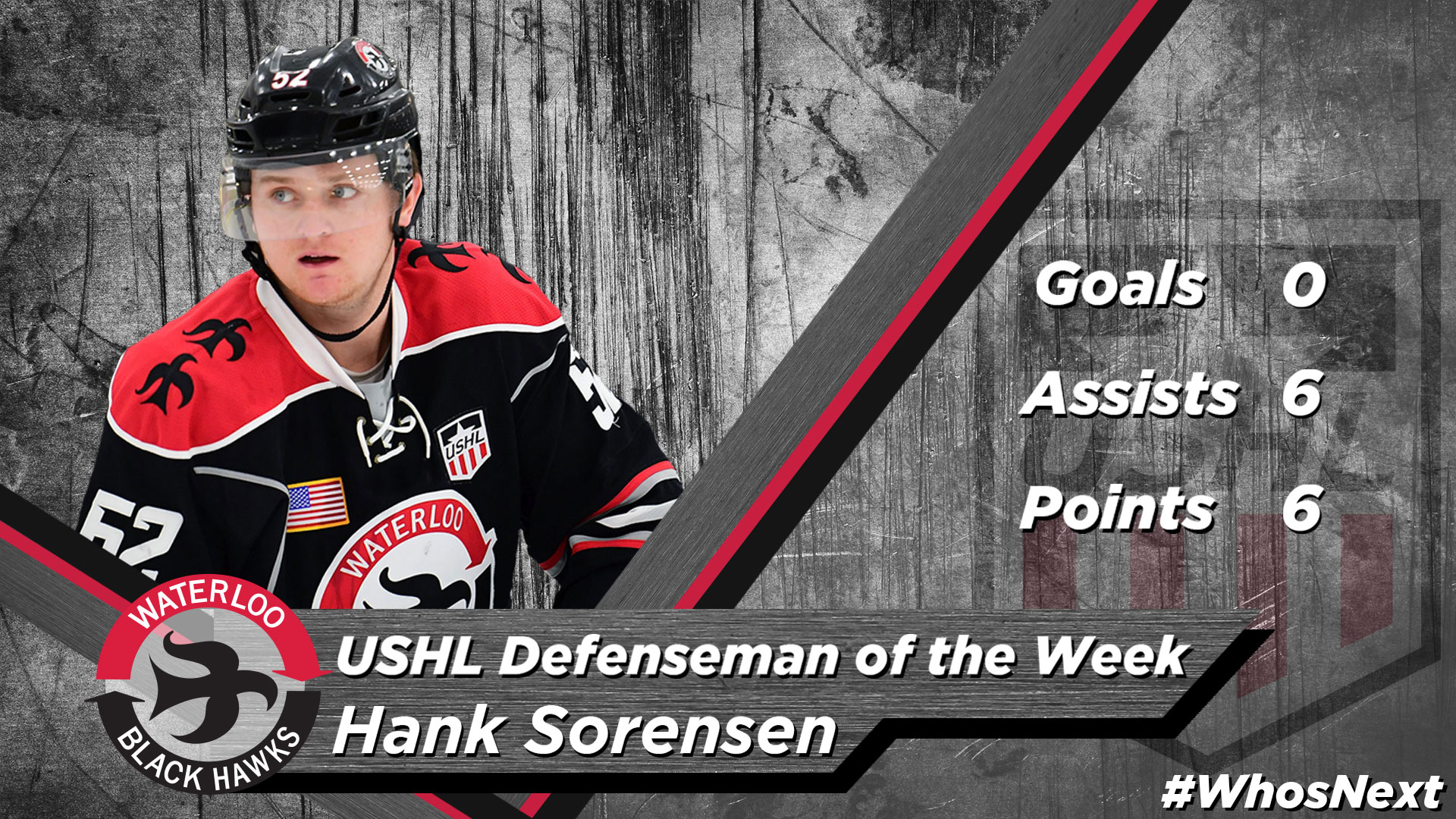 Black Hawks defenseman Hank Sorensen served up six assists, five of which were primary assists, to help Waterloo earn four major points and maintain their hold on second place in the Western Conference this past weekend. The Northern Michigan University commit is in the midst of his third full season with the Blackhawks, where he leads all defensemen with 41 points (7G, 34A), while his 34 assists are good for second among league defensemen. This is the second weekly award of the season for Sorensen, as he was previously named Defenseman of the Week on Feb. 25, 2019. Prior to his time in the USHL, Sorensen played for Wayzata High in his hometown of Wayzata, MN. 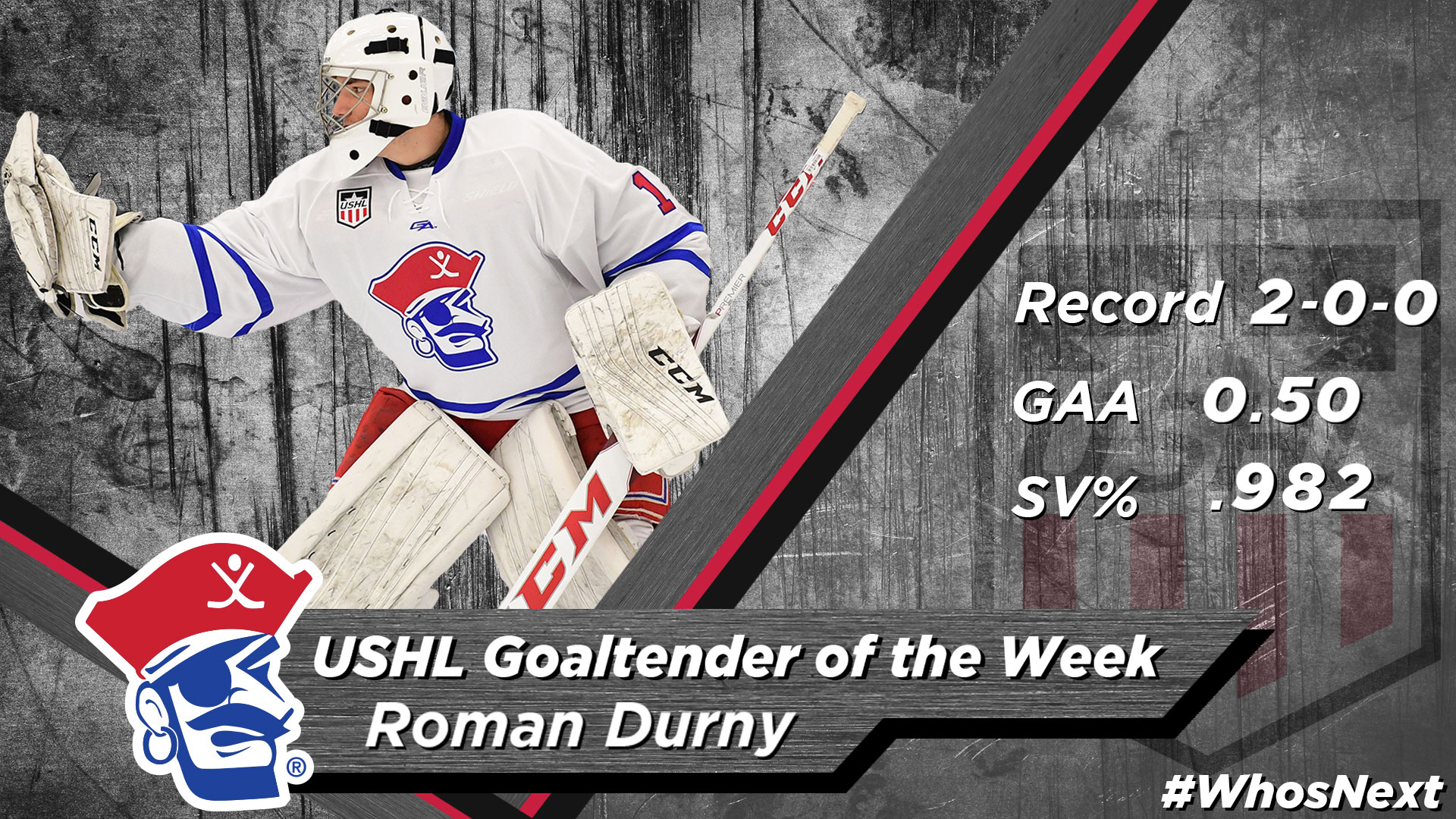 Durny stopped 25 of the 26 shots he faced on Friday night, before turning away all 30 shots faced on Saturday to earn his fifth shutout of the season, the seventh of his USHL career. The Anaheim Ducks prospect now boasts a record of 26-19-0-1 this season to go along with a 2.62 GAA and .911 SV%. Durny’s .911 SV% is good for fifth among league goaltenders. This is the second weekly award for Durny, who was previously named Goaltender of the Week on Nov. 5, 2018. The Liptovsky Mikulas, SVK native is in the midst of his second season with the Buccaneers and was previously ranked ninth among North American goaltenders by NHL Central Scouting. Durny was drafted 147th overall by the Anaheim Ducks in the 2018 NHL Draft.