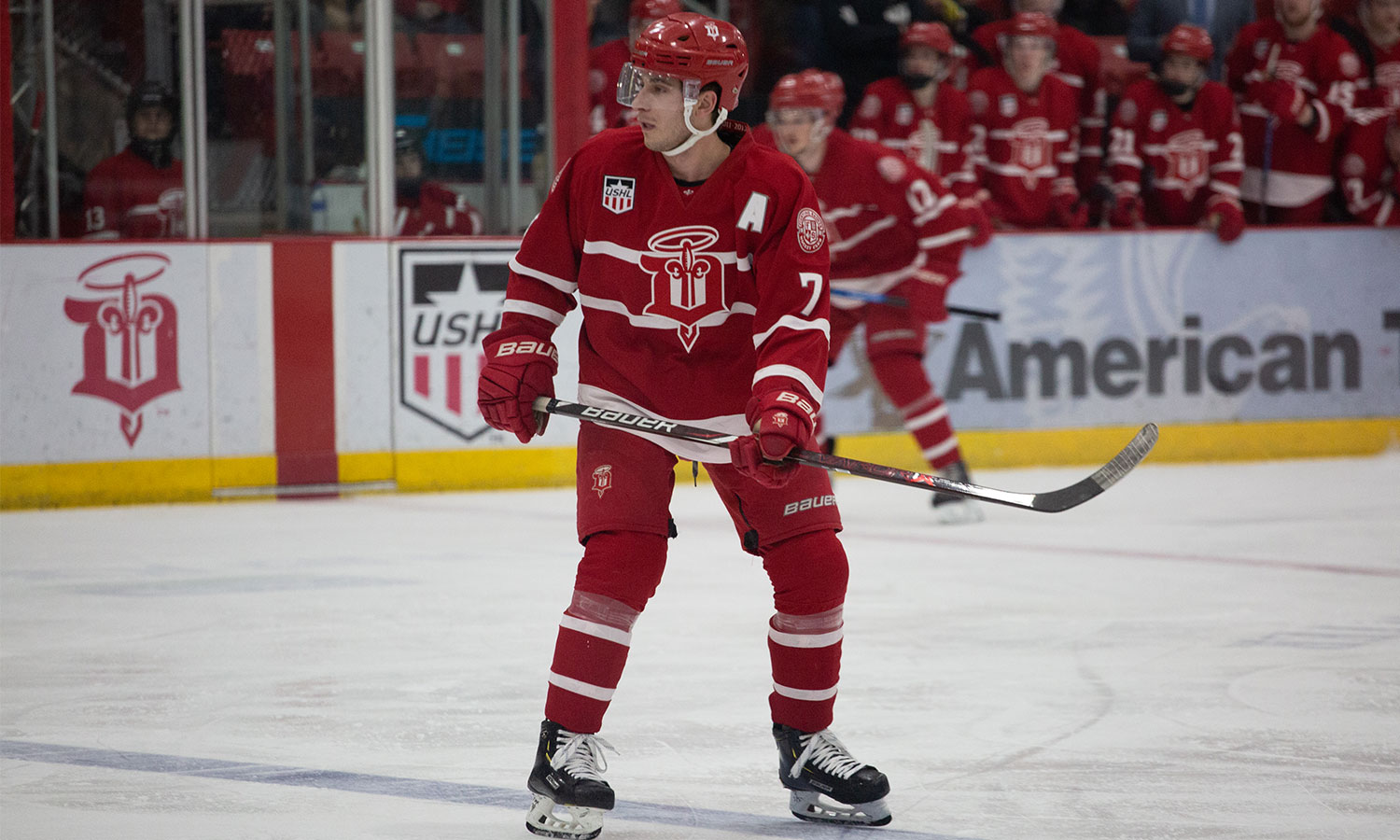 Jacob Semik announced his commitment to Arizona State on Thursday afternoon, becoming the third Fighting Saint on the 2018-19 team to commit to the Sun Devils. Semik, who is in his third season with the Fighting Saints, has 19 points in 55 games this season and is a plus-five for the Saints. The blue liner has three points in Dubuque’s last five games.

“I’m very grateful for the opportunity to be a part of such a special tradition they have created in Tempe,” said Semik. “I couldn’t be more excited about the direction of the program as a whole.”

“We are happy for Jacob that he has found a fit with the Sun Devils,” said head coach Oliver David. “He has an extraordinary hockey mind and loves the game unconditionally. He’ll be joining Josh Maniscalco- his former D-partner- and joining a coaching staff that is passionate about continuing to build the best thing going in college hockey.”

Semik is in his third season with the Fighting Saints and is top five on Dubuque’s Tier-1 list in terms of games played. Semik has hit the ice 146 times during his Saints career, not including playoffs. The Canton, Michigan native joins teammates Willie Knierim and James Sanchez, who both committed to Arizona State earlier this season.