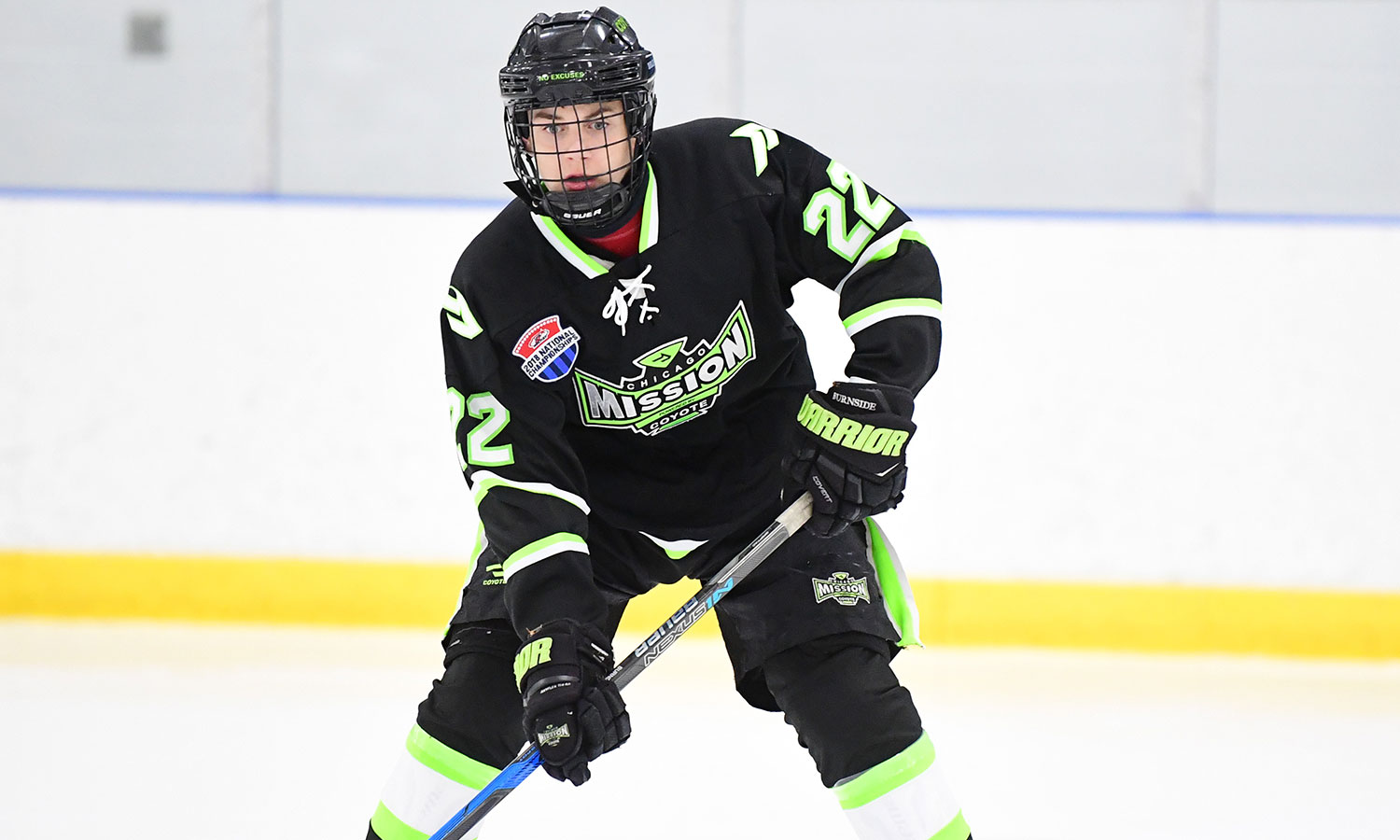 The Tri-City Storm have announced the signing of forward Davis Burnside to a tender agreement for the 2019-2020 season. Burnside is committed to Ohio State, and will be eligible for the 2021 NHL Draft.

Davis Burnside, 15, of La Grange, Illinois, skated in 91 games this season with the Chicago Mission youth program in Chicago, IL. Burnside scored 57 goals and recorded 66 assists for 123 points during the 2018-2019 season.

“I knew right away after my visit to Kearny that this would be the place for me. Mr. Steve Lowe, Coach Anthony Noreen have been awesome in welcoming me into the Storm family. I love the tight knit community here in Kearney, the Storm have great facility at the Viaero Center, and I really like the staff’s coaching style and how they can help me in my development. Ever since I first heard of the USHL three or four years ago, with college hockey being a goal of mine for the future, I knew this league was right for me and my development path to get to college. Ohio State is a great school, a Big Ten school with great rivalries on the ice with schools like Michigan and Penn State, and I wanted to be a part of that atmosphere. The coaches at Ohio State are great coaches, and it’s a great school. I want to spend a lot of time in the weight room this summer to get bigger and stronger, and work on my skill, speed, and overall game. I had a 90 plus game season this year, it just ended, but I’m excited for next season with the Storm!” – Davis Burnside

“Davis is a player who we feel is an elite playmaker and skater, and someone who’s character and integrity matches his hockey ability. Obviously to be taking a player of his age, both of those things have to be in line. He is a guy we’ve targeted for months, since early in the season with the hopes that we would join our organization. We couldn’t be more excited to have him sign with the Storm for next season. In tendering Davis, we are sacrificing our 1st round Phase I pick in next month’s draft. We feel that the Phase I draft is really where you build your team, it’s a crucial draft for players going through the draft process for the first time. We would not have gotten him picking at the end of the 1st round, we felt that because of his elite abilities, he would’ve been taken 1st, 2nd, or 3rd Overall. We were going to find a way regardless of if we tendered him or not to bring him into the organization after we identified him as one of the best players in his birth year class.” – GM/Head Coach Anthony Noreen