Preview of the 2019 Clark Cup Final between the Sioux Falls Stampede and Chicago Steel. 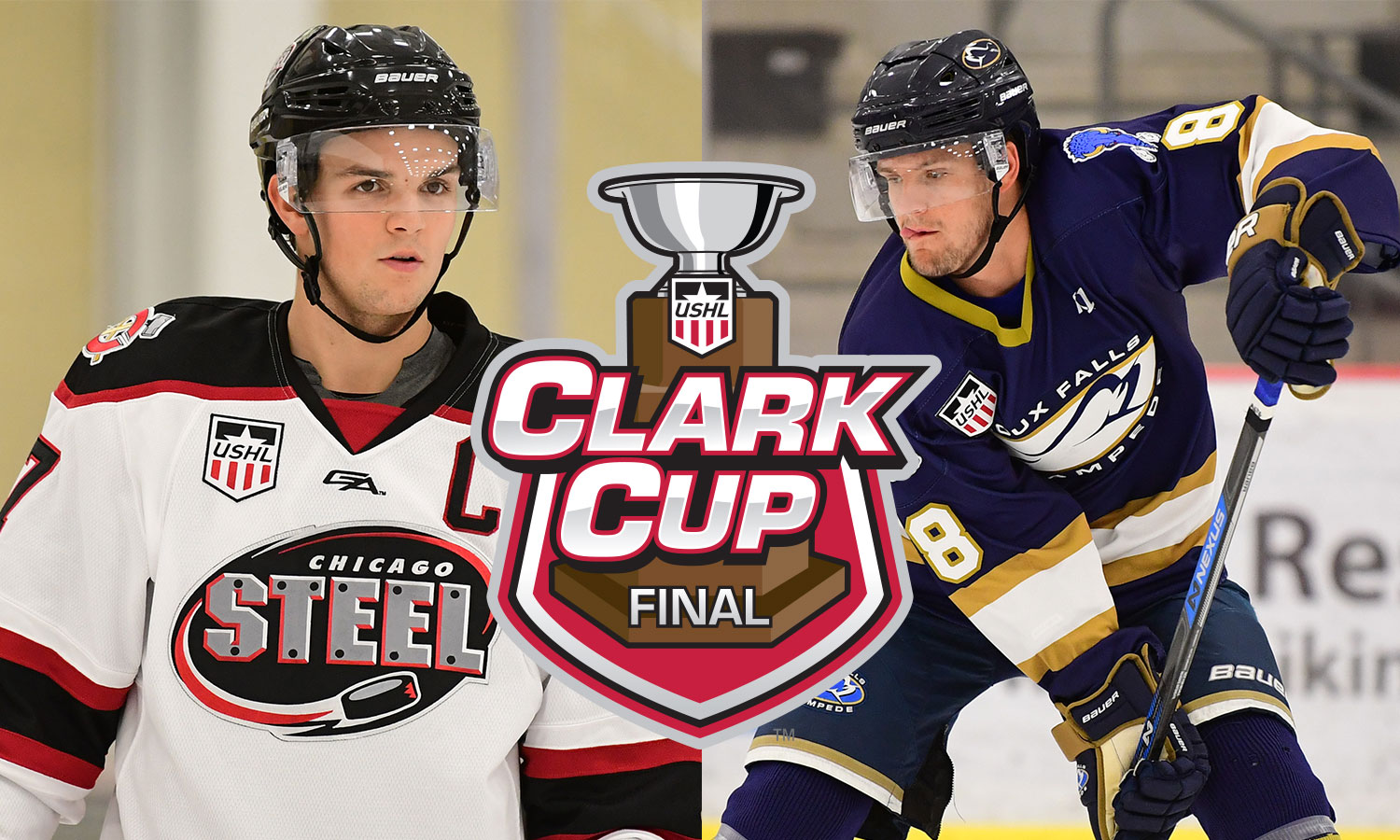 The Sioux Falls Stampede and the Chicago Steel will square off in a best-of-five series to determine the 2019 Clark Cup Champion.

Sioux Falls was just short of earning a First Round bye, entering the post season as the number three seed in the West. The Stampede defeated the number six seed Sioux City Musketeers in the First Round with a 2-0 series sweep. Sioux Falls advanced to face the number two seed Waterloo Black Hawks in the Western Conference Semifinals, where they would claim a 3-1 series victory. The Stampede have now won five of their last six games, after sweeping the Anderson Cup champions Tri-City, in the Western Conference Final to advance.

The Chicago Steel ended the regular season as the number two seed in the East, earning a First Round bye, moving them directly into the Eastern Conference Semifinals where they faced off against Cedar Rapids. The Steel split their opening two home games with the RoughRiders, before earning two victories on the road to claim a 3-1 series victory. The Steel then hit the road to battle against the top team in the East, the Muskegon Lumberjacks, in the Eastern Conference Final. After splitting on the road, Chicago earned two consecutive home wins, including a Game Four overtime victory, to win the series 3-1 and advance to the Clark Cup Final.

Sioux Falls is considered the higher seed in the series due to having the higher regulation season point total.