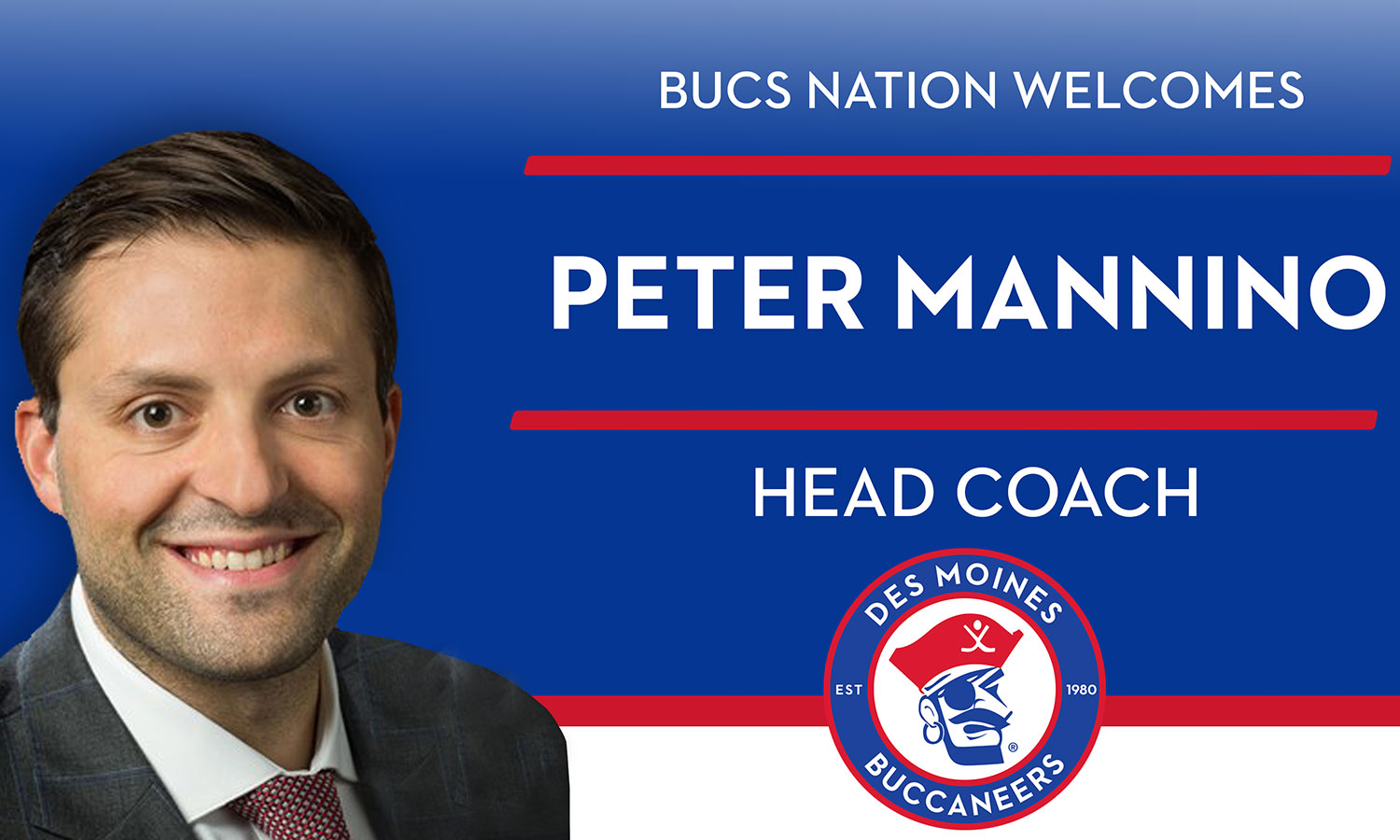 Former Associate Head Coach of Miami University and NCAA National Champion Goaltender Peter Mannino has been named as the Head Coach of the Des Moines Buccaneers, the team announced today.

“My family and I are extremely honored to join the Des Moines Buccaneers organization. I would like to thank the Buccaneers ownership group for this opportunity to lead a historic franchise and be part of an outstanding community,” Coach Mannino said. “The USHL holds a special place in my career both as a former player and Assistant Coach. I am excited to be back in such a premier developmental league.”

Mannino brings a USHL Champion pedigree to Des Moines, serving as Assistant Coach of the Chicago Steel from 2015 to 2017. In 2017, the Steel captured their first ever Clark Cup Championship with Mannino behind the bench, and posted the top penalty kill percentage in the league, for which Mannino was responsible. From there he spent two seasons in Division I College Hockey; first as an Assistant Coach for the University of Nebraska-Omaha, then as Associate Head Coach of Miami University for the 2018-19 season.

“Peter brings a vast array of knowledge and experience to our organization, both as a player and as a coach,” Co-Owner Scott Clemmensen said. “He has proven himself as a quality coach with a bright future. We are confident in his ability to connect with the players, teach them and help them to grow as people and players.”

Peter’s playing career included four years as a goaltender with the University of Denver, which included a National Championship in 2005 with Mannino winning Frozen Four MVP, posting a .966 save percentage in the tournament. After college, Mannino signed his first NHL Contract with the New York Islanders, making appearances with the Islanders, the Atlanta Thrashers and the Winnipeg Jets over a seven-year professional hockey career. Peter’s USHL experience also extends to time as a player, as he posted a USHL Regular Season Best goals allowed average of 2.11 on way to a Clark Cup Finals appearance with the Tri-City Storm in 2004.

“Peter has a passion for the game on and off the ice that is contagious,” GM Tom Mannino said. “He has a hunger for developing players for success. We welcome Peter and his family to Buccaneers’ Nation.”

Coach Mannino will take the helm for the first time by leading the Buccaneers’ Tryout Camp, which begins June 12 at Buccaneer Arena. Camp will finish on June 16 and is open to the public.

“Our mission is to provide the players with the best development and experience in the USHL, on and off the ice,” Coach Mannino said. “Our coaching staff will create a winning culture and our players will represent the Buccaneers organization with high standards.”