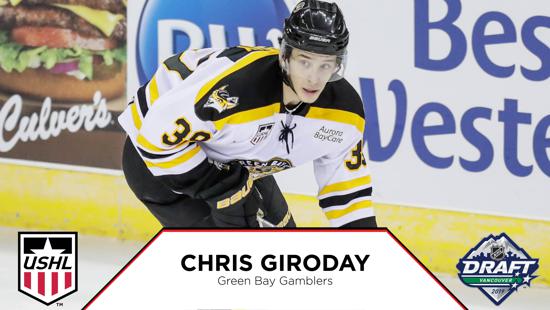 The Green Bay Gamblers have four defensemen with ties to the team listed on the final NHL Central Scouting rankings, all defensemen, including Chris Giroday. The Toronto native is #154 among North American skaters after registering 14 points in 38 games this season.

Giroday, a USHL rookie, recorded a three-game point streak (2-1-3) in November and would go on to register a pair of multi-point games throughout the season. The Western Michigan University commit formerly skated for the Toronto Jr. Canadiens and was listed as a C-rated skater on both Central Scouting’s Preliminary and Players to Watch lists. 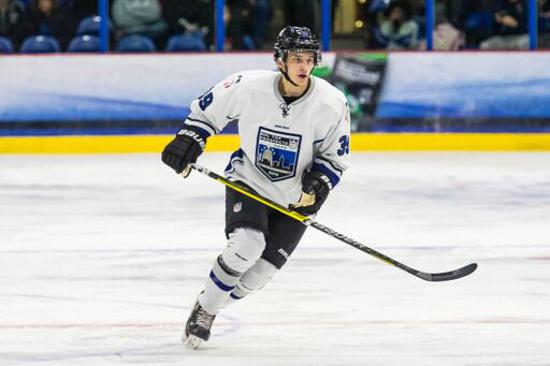 “Even in an injury shortened season, he had an impact on both sides of the puck leading in team plus/minus and goals scored by a defenseman. Chris is a versatile defenseman. His skating and vision make him an offensive threat every time he is out on the ice.”
– Pat Mikesch, Green Bay Gamblers General Manager and Head Coach