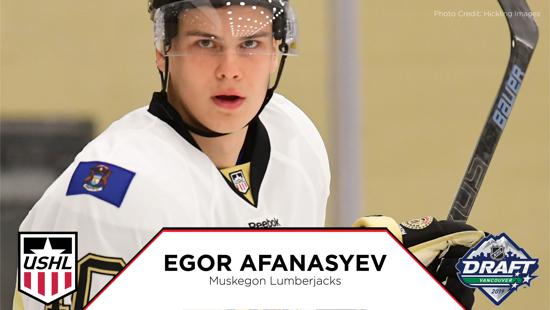 Afanasyev quadrupled his point total this season with 62 points (27-35-62) in 58 games after registering 14 points (6-8-14) in 45 games last season. The All-USHL Third Team forward led Muskegon in points, goals and assists this season, and was among the top-15 for each stat among USHL skaters. Afanasyev started the season with a hat trick (3-1-4) in his first game, which marked the first of six times he would record three-or-more points in a single game this season. He was named USHL Forward of the Week after two of those other occurrences came in back-to-back games (0-3-3 vs. USA on November 21 and 2-1-3 vs. GB on November 23) in a seven-point (3-4-7) week. Afanasyev’s stellar week came in the midst of a season-high seven game point streak (6-8-14). 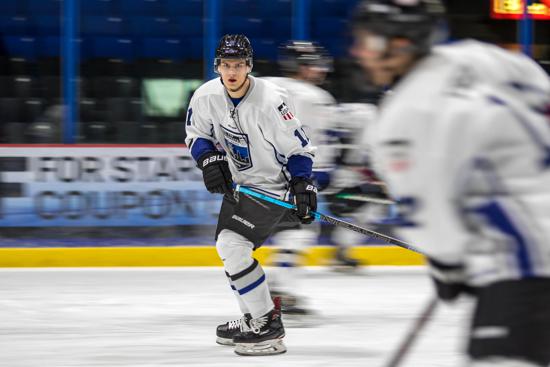 The former Little Caesars skater represented the Lumberjacks at the 2019 USHL/NHL Top Prospects Game and has been a highly-touted prospect all season after appearing as a B-rated skater on both NHL Central Scouting’s Preliminary and Players to Watch List early in the season. He was then ranked #19 among North American skaters in the Midterm rankings.

Afanasyev is among five other players with Muskegon ties to appear on the final rankings alongside forward John Farinacci (#35), defenseman Alex Yakovenko (#107), forward Trevor Janicke (#119), defenseman Hunter Skinner (#120) and defenseman Marc Del Gaizo (#134). Yakovenko was the only other player to appear for Muskegon only this season as Farinacci split time between the Lumberjacks and the United States National Team Development Program, Janicke was acquired in the Central Illinois Dispersal Draft, Skinner was traded to the Lincoln Stars and De Gaizo played for Massachusetts (NCAA) this season after a three-year career with Muskegon.

“Egor has been a pleasure for all our staff to work with. He is driven and focused, he takes full advantage of all team skills sessions, shooting sessions, off-ice workouts and individual video sessions. Egor has focused and work hard to improve his play in all three zones and it has paid off with his point production taking off and gaining the trust of the staff to be used any point of a game. Egor has an NHL shot, size and skating ability. Egor has improved so much this past season and we are excited to watch him continue to develop on and off the ice.”
– Mike Hamilton, Muskegon Lumberjacks Head Coach

“He has that body and core that would make you think he’s just a power forward, but he has that small player skill too. He can go over you, dangle you and make you look silly and has really good hockey sense.”
– David Gregory, NHL Central Scouting via NHL.com

“He’s a shooter and shows good speed off the wing. He can beat you off the rush and he’ll also beat you by driving hard to the net and is never shy about shooting the puck. With the size he can also protect the puck.”
– Greg Rajanen, NHL Central Scouting via NHL.com

“He is a big, powerful winger with a monster shot from the circles. Although a natural shooter, he is an accomplished playmaker as well and his hand-eye coordination adds another layer to his game. He can play with his back to the net and his solid build from top to bottom allows him to maintain possession and puck control while a defender is draped on his back. When the puck is traveling north, or his team is already in possession, he looks like a potential first rounder.”
– McKeen's Draft Guide