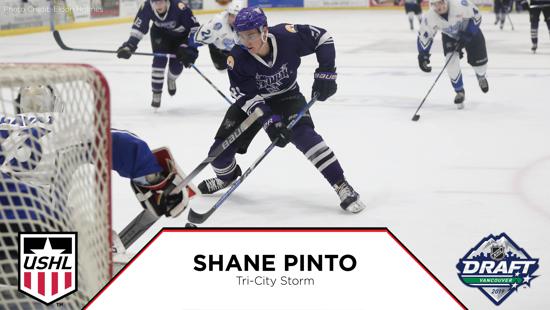 Shane Pinto joined the Tri-City Storm midway through the season and helped the Storm capture the Anderson Cup before reaching the Clark Cup Eastern Conference Finals after spending the first half with the Lincoln Stars. Now, his attention shifts to the NHL Draft this weekend.

The University of North Dakota commit was rated #28 among North American Skaters according to the final rankings released by NHL Central Scouting, which is fourth-highest among active USHL players (excluding United States National Team Development Program). Pinto totaled 59 points (28-31-59) in 56 total games this year and registered another nine points (4-5-9) in six playoff games. The Franklin Square, N.Y. native collected 32 points (17-15-32) in 30 games with Lincoln before he registered 27 points (11-16-27) in his final 26 games of the season with Tri-City. Despite playing in only 30 games with the Stars, Pinto’s 32 points was second-highest on the team at the end of the season.

Pinto’s highlights with each team include a 12-game point streak (November 11 to January 10) where he picked up 18 points (9-9-18) with Lincoln, as well as potting a goal in each of his first two games (January 24 vs. Youngstown and January 26 at Des Moines) with the Storm.

The Selects Academy product rose throughout the rankings this season after he was rated a C skater on both NHL Central Scouting’s Preliminary and Players to Watch List and was ranked #35 among North American Skaters in the Midterm rankings. 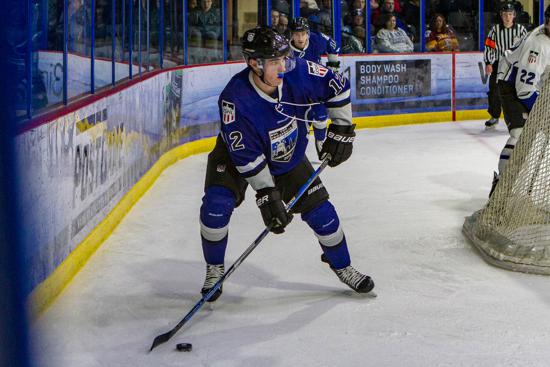 Pinto not only represented the Stars at the 2019 USHL/NHL Top Prospects Game, where he scored a goal, but also represented his nation when he skated for Team USA at the World Junior A Challenge earlier this season.

Pinto leads a group of seven players with Tri-City ties in the final NHL Central Scouting rankings alongside defensemen Mike Koster (#69), Zac Jones (#70) and Ronnie Attard (#76) as well as forwards Brendan Budy (#155) and Jack Jensen (#195). Jensen played for the Storm last season. USHL Goaltender of the Year Isaiah Saville was ranked #13 among North American Goalies heading into the NHL Draft.

“Unheralded in his prep days, Pinto took the USHL by storm as a rookie this year. Solid skater with a good shot and developing hockey sense.”
– McKeen’s Draft Guide