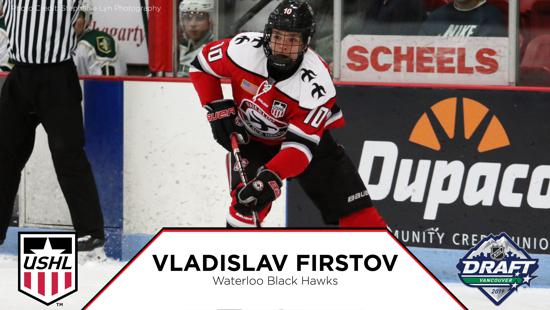 The University of Connecticut commit registered 58 points (26-32-58) while appearing in all 62 games for Waterloo this season. Firstov tallied a five-game point streak (5-3-8) from December 7 to 27 that began with his final of three three-point nights throughout the season (2-1-3 vs. Madison, December 7). During a seven-game stretch from November 22 to December 7, the Yaroslavl Lokomotiv Junior product picked up four of his five multi-goal games this season, including two of those games featuring a pair of powerplay goals.

Firstov potted six game-winning goals throughout the season and was eventually named Black Hawks “Rookie of the Year,” awarded by his teammates. 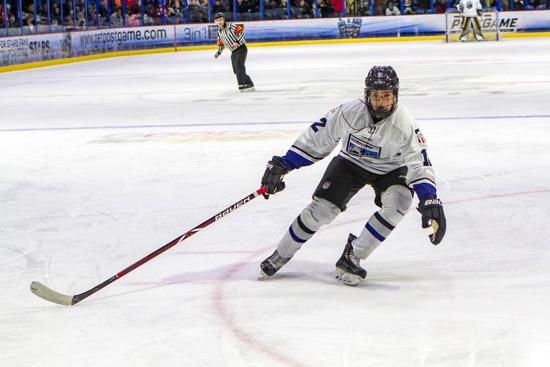 The Russian forward represented the Black Hawks at the 2019 USHL/NHL Top Prospects Game. Firstov was previously ranked #21 among North American Skaters at the Midterm rankings after improving from a C-rated skater on the Preliminary list to a B-rated skater on the Players to Watch list a month later.

Firstov is among three forwards with Black Hawks ties including Austen Swankler (#109) and Matej Blümel (#150) to appear in the final NHL Central Scouting rankings. Swankler played 15 games with Waterloo this season before finishing the year with the Sioux Falls Stampede.

“There is a lot of upside to his game. He had success with his teammates and we’re hopeful as he matures that he develops into a reliable pro.”
– P.K. O’Handley, Waterloo Black Hawks General Manager and Head Coach

“His first year in North America went fairly well. He played a scoring role on a strong team. He is an offensively gifted player whose puck possession skills allow him to extend possessions where other players would have coughed the puck up. He has a knack for putting his linemates into prime scoring position if he doesn’t sense a clean shot on net for himself. In fact, he is always more intense when he has the chance to play the puck, and with his strong mobility, he offers quick strike potential.”
– McKeen’s Draft Guide