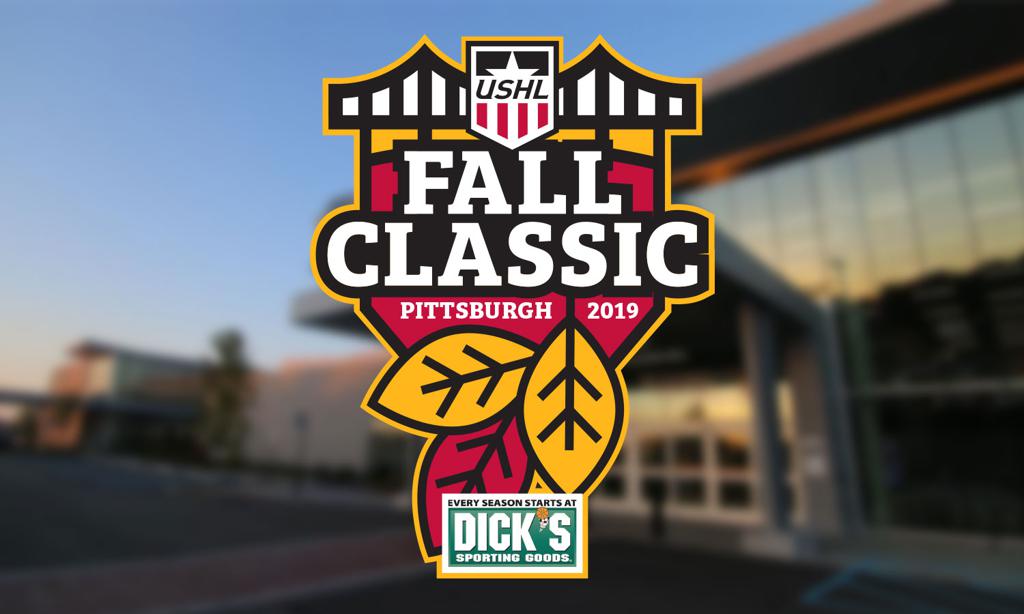 The United States Hockey League announced the 2019 DICK'S Sporting Goods USHL Fall Classic will return to Cranberry Township, Pa. – just outside of Pittsburgh – for the fourth-consecutive season. All USHL games will be hosted at the UPMC Lemieux Sports Complex from September 26 to 29.

Ticket information for the Fall Classic will be released at a later date.

"The Fall Classic has evolved to become a priority scouting event that provides all 31 NHL clubs an initial look at some of the top talent available for the NHL Draft playing at one site over four days of entertaining and competitive games," said Director of NHL Central Scouting Dan Marr. "The NHL appreciates its partnership with the USHL, who along with host venue UPMC Lemieux Sports Complex, provide exceptional hospitality in presenting one of the highest attended scouting events of the hockey season."

"Having our players showcase their talent in front of scouts and fans alike is an important objective for us, and the Fall Classic awards our players that opportunity," said USHL President and Commissioner Tom Garrity. "We strongly value our relationship with the NHL and the ability it gives us to host this event. We are happy that, for the second season in a row, these games will take place in the regular season to ensure the USHL's best talent will be showcased."

The Fall Classic will also include an invitational youth event featuring teams competing at the 14U, 15U, 16U and 18U levels. USHL teams will have scouts in attendance at the youth event, and coaches from both college hockey and other junior hockey leagues across the globe will also be in attendance. Aligning the Fall Classic and youth tournaments will provide young players an up-close and personal view of the speed, skill and tenacity required to play junior hockey at the Tier 1 level.

"The scouting presence at the Fall Classic has grown over the years and we expect the trend to continue this year with so much talent in one place at one time," said USHL Deputy Commissioner Denny Scanlon. "Last season, more than 300 scouts were in attendance and we expect that number to continue to grow at this season's event. This event has become a very valuable date on the calendar for scouts at all levels represented as it features the best talent each age group has to offer, all in one place."

The Fall Classic also marks a return to the UPMC Lemieux Sports Complex for a fourth-consecutive season. The UPMC Lemieux Sports Complex, which opened in the fall of 2015, is the official practice facility of the NHL's Pittsburgh Penguins and also home to the Pittsburgh Penguins Elite youth hockey program. The complex is 185,000 square feet and includes two sheets of ice with a combined 1,333 seats between the two rinks. More than 1,000 youth players participate in games, tournaments, camps and programs at the facility each year.

"The Pittsburgh Penguins and the UPMC Lemieux Sports Complex are excited and honored to host the Fall Classic for the fourth-straight year," said Pittsburgh Penguins President and CEO David Morehouse. "This first-class facility in Cranberry Township, Pa. again becomes the hub of United States junior and youth hockey for four days and gives hundreds of scouts – as well as our fans here in Pittsburgh – the chance to see some of the best young hockey players in the world. It also makes a significant economic impact on Butler County  and our region. We appreciate all that the USHL and its member clubs continue to do to support the growth of our game and look forward to some great competition here in September."

Headquartered in Chicago, Illinois, the USHL celebrates its 17th season as the nation's only Tier I junior hockey league in 2018-19. The USHL had a 53 players selected at the 2019 NHL Draft, and more than 400 players on team rosters last season committed to NCAA Division I schools, further establishing the USHL as the world’s foremost producer of junior hockey talent.