USHL Announces 2019 Organization of the Year

Muskegon Lumberjacks Named Organization of the Year for First Time 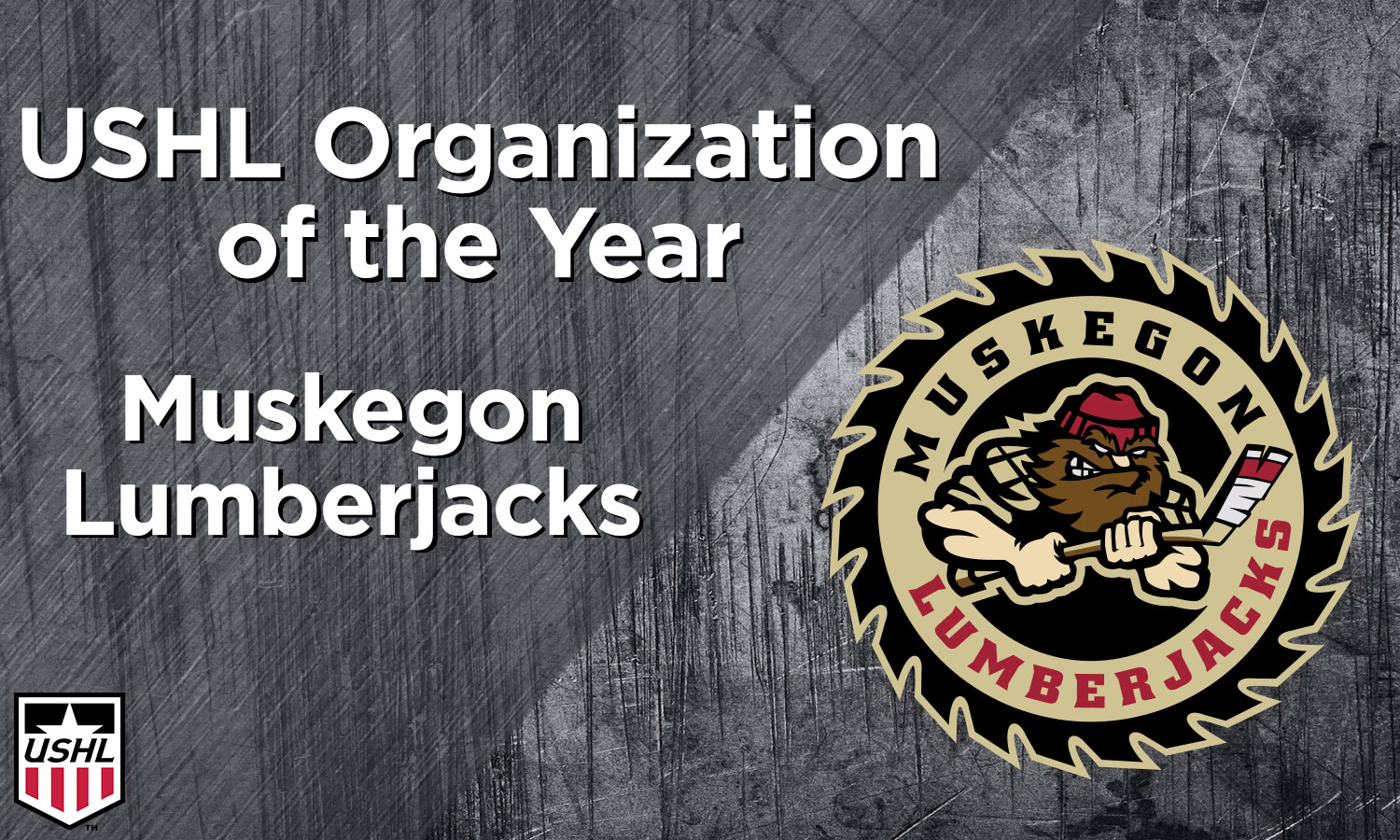 The USHL announced Tuesday the Muskegon Lumberjacks as the 2019 USHL Organization of the Year, an award voted on by USHL Member Clubs.

“This award speaks for itself,” said Muskegon Lumberjacks President Mike McCall. “When we are acknowledged by the entire league, and there are so many deserving teams, it is quite an honor. When your peers recognize you, it says a lot. Our mission is to become the best junior hockey organization in the world. This year, we took a big step in that direction.”

This is the first time Muskegon earned the award after a highly successful ninth season in the USHL. Before the season, L.C. Walker Arena underwent extensive renovations and nearly 90,000 fans attended games in 2018-19, a nearly 20 percent increase over the previous season high. Muskegon finished fifth in average league attendance, marking the first time the Lumberjacks finished inside the top ten in team history.

The fans were treated to phenomenal hockey on the ice as well as the 2018-19 Lumberjacks broke team records for wins (41) and points (86) and finished first in the Eastern Conference for the first time in team history. The season started with an organization-best eight-game winning streak and ended with a team-record 228 goals.

Muskegon’s record season was in thanks to strong team play but individual efforts from defenseman Alex Yakovenko and goaltender Brandon Bussi were especially impressive. Yakovenko registered the most goals (19) and points (52) by a Lumberjacks defenseman in any individual season and was named All-USHL First Team after winning USHL Defenseman of the Week three times. Bussi led the entire USHL with 33 wins, which also set a new Lumberjacks record and while his seven shutouts also led the league, it fell one short of the Muskegon team record.

“I really believe it’s a combination of things; the commitment of ownership, the performance of the team, and the new strategy and efforts of the front office staff,” said McCall. “We are looking forward to next season, which we believe will be another outstanding one for the organization.”