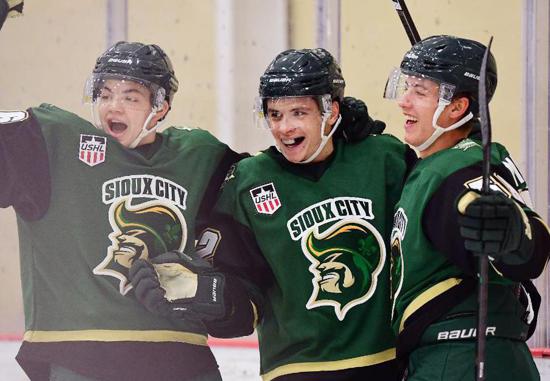 After being dispatched in a tough Western Conference First Round matchup last season by eventual Clark Cup Champion Sioux Falls Stampede, the Sioux City Musketeers are optimistic they can build upon the Clark Cup Playoffs appearance earlier this year.

“Our staff is extremely optimistic about the group we have coming into Sioux City this fall,” said Musketeers General Manger Andy Johnson. “Teams that win are built from the back-end out, and we feel we have outstanding depth on defense and in goal with five returning defensemen and two high-end goaltenders including an NHL Draft pick.”

Backstopping the Musketeers this season will be newcomer Ethan Haider. The Nashville Predators goaltending prospect (2019, Rd. 5, 148 overall) joins the USHL after appearing in 37 games for the Minnesota Magicians of the NAHL last season and posting a 2.35 goals against average and .926 save percentage. Johnson called the Clarkson commit a, “… technical goaltender with outstanding poise between the pipes.” Haider was Sioux City’s first round selection in the 2019 USHL Phase II Draft this summer.

On the defensive side, the Musketeers will look to returning blueliners Dominic Vidoli and Anthony Kehrer. 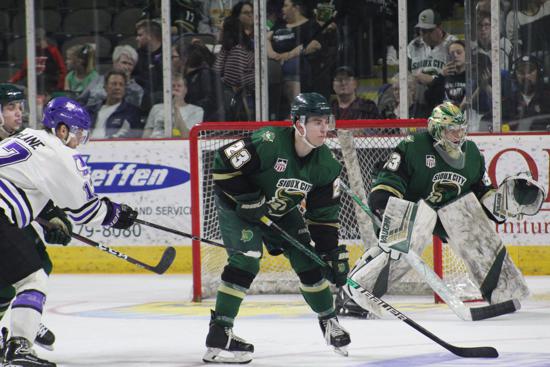 Vidoli began last season at Boston University but joined the Musketeers in late December and registered points in his first two games with Sioux City with an assist in his USHL debut (December 29, 2018 vs. Lincoln) and both his goals last season the next time out (December 31, 2018 vs. Omaha). Three appearances later, the Ohio State University commit registered four assists in a February 2 matchup against the Madison Capitols. Johnson said the Raleigh, N.C. native is, “… an offensive asset from the back end and will be a major contributor from day one.” 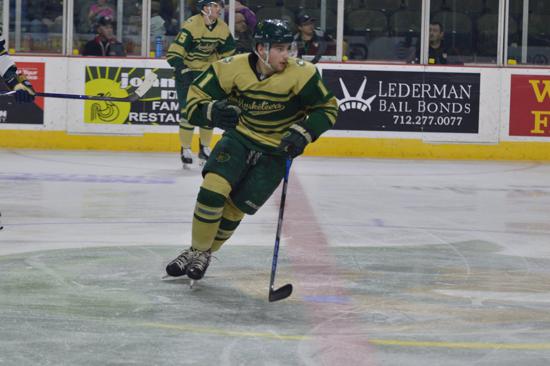 Kehrer was the Musketeers only full-time 16-year old skater last season after being tendered by Sioux City in the summer of 2017 and made an immediate impact. The Winnipeg, Manitoba native played major minutes on the team’s top pairing last season and Johnson expects the same again in the 2019-20 season. The University of Wisconsin commit finished last season with 11 points (1-10-11) in 58 games.

“Anthony has a deep burning desire to improve every day and his offseason work showed in our recent 40-man camp,” said Johnson. “He’s taken a major leap forward in his offensive game and we expect him to play a huge role for us and be a very high NHL Draft pick this season.”

Offensively, the Musketeers will turn to forward Blake Biondi.

“Up front, we’ll have a different look this year as we won’t have one top-heavy first line, but our staff feels like we have four lines of talented forwards that we can roll consistently with no drop off,” said Johnson. “It’s a skilled, competitive group and we’re excited to see what they can accomplish this year.”

Biondi appeared in seven regular season games with the Musketeers before registering a goal in each of Sioux City’s Clark Cup Playoff games. The University of Minnesota Duluth commit picked up both of his regular season points in a March 31 meeting with the Fargo Force as he notched a goal and an assist.

“As a centerman, Blake has the hockey sense and competitiveness to play both ends of the rink,” said Johnson. “Blake is also blessed with the skill and ability to be a major offensive contributor for us in his NHL Draft year.”