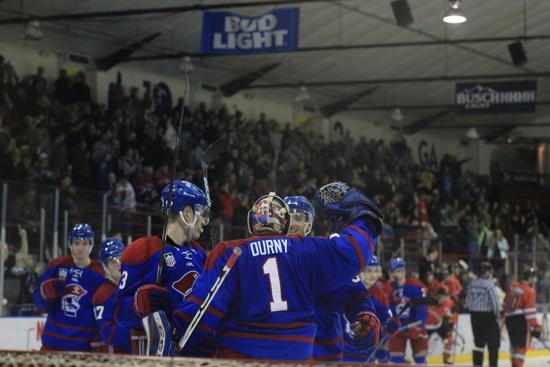 The Des Moines Buccaneers will have to rely on many new faces to return to the Clark Cup Playoffs this season after losing nine of the top-10 leading scorers from last season’s roster.

“We’re really excited, we have a nice balance of older guys and a really nice younger group,” said Des Moines Buccaneers Head Coach Peter Mannino. “We have a lot of young guys that bring a lot of skill, speed, great work ethic and attitude throughout our lineup. It’s going to be really exciting to see these guys develop over the next couple months.” 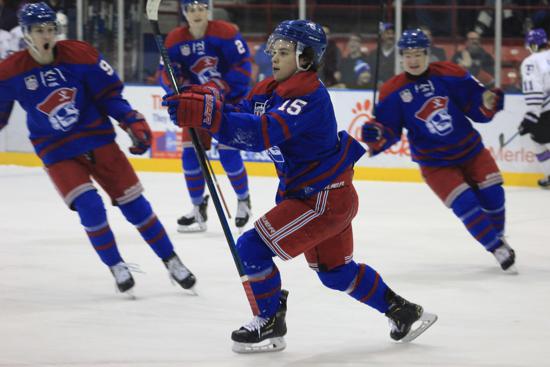 Choupani, a Northeastern University commit, joins the Buccaneers after churning out 111 points (60-51-111) over the past two seasons with the Lac St-Louis Lions of the QMAAA. Last season the Montreal native put up 83 points (43-40-83) in 42 games. Choupani scored a goal in the Buccaneers preseason opener, his USHL debut.

“[Choupani is] very fast, and has stuck out upfront,” said Mannino. “He’s done a nice job separating himself in a lot of areas. It’s a really good year for his first year in the USHL.”

Mack joins Des Moines after two seasons on the blueline for the Brockville Braves of the CCHL. The Penn State University commit is coming off a 40-point (3-37-40) season that saw him win the CCHL Top Prospect Award while also earning CCHL High School Academic Player of the Year honors alongside a spot on the CCHL High School Academic All-Star Team and CCHL Second All-Star Team. Mack chipped in a pair of assists in the team’s preseason debut.

The Buccaneers will look to forward Michael Mancinelli, defenseman Josh Luedtke and goaltender Cameron Rowe to provide experience at all three positions.

Mancinelli enters his third full-time USHL season with 115 games in the league. The University of North Dakota commit has 65 points (30-35-65) in that span, including 18 (8-10-18) in the back half of last season with the Buccaneers after joining the team from the Fargo Force. Mancinelli’s rookie season, with the Madison Capitols in 2017-18, saw the Northville, Mi. native finish with 35 points (17-18-35), earning him a spot on the USHL All-Rookie Second Team. During last season’s playoffs, his first appearance in the Clark Cup Playoffs, the forward recorded three points (1-2-3) in five games.

“Any time you get a chance to have a guy with that much USHL experience is pretty special,” said Mannino. “We’re excited for his year and his impact.” 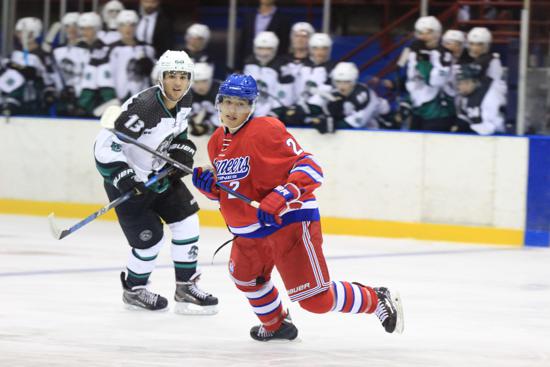 Luedtke played nine regular season games with the Buccaneers in the 2017-18 season and finished with three pints (1-2-3). The University of Denver native finished his third season at Minnetonka High (Minnesota) last season and notched 36 points (11-25-36) in 25 games.

Rowe joins Des Moines after playing the last two seasons with the USA Hockey National Team Development Program (NTDP). In the USHL the University of Wisconsin commit has a combined 17-14-1-1 record, 3.78 goals against average and .875 save percentage in 39 career appearances. The Wilmette, Ill. native is coming off a 8-2-1-1 record in 16 games last season in the USHL. Rowe finished his NTDP career with an overall 38-26-0-1 record in two seasons.

Be sure to check out the Buccaneers full-season schedule as well as their website for a promotional schedule, which includes Pink in the Rink with specialty jerseys benefitting American Cancer Society (October 26), Broadlawns Ugly Sweater Night and Teddy Bear Toss (December 7), Make A Wish Iowa Night presented by Country Financial (January 25) and Doxie Dash (February 22).