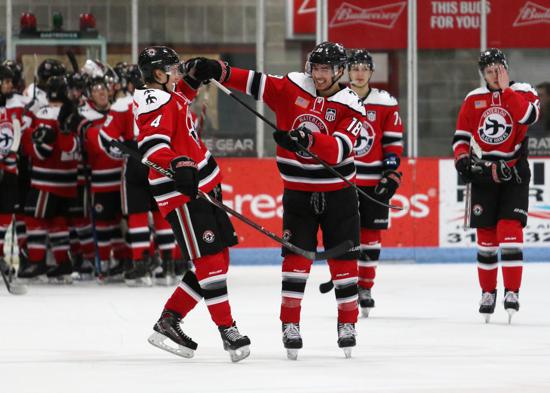 The Waterloo Black Hawks have finished each of the last three regular seasons first or second in the Western Conference, including an Anderson Cup two seasons ago, but the team wants to translate what they hope to be another strong regular season in 2019-20 into its second Clark Cup Championship.

“Each USHL season is different from the year before, and the Black Hawks are a pretty good example of that going into this year,” said Waterloo Black Hawks General Manager and Head Coach P.K. O’Handley. “At this time last fall, we had a roster with a lot of blue line experience with players like Mason Palmer and Hank Sorensen. Our forwards were younger, but they had the chance to grow, and as a team we could weather their ups-and-downs because of our veteran defensemen. This year, the roles are reversed, but we are excited for the season and the learning opportunities that come with playing at this level.”

Leading Waterloo this season will be a trio of returning forwards – Griffin Ness, Wyatt Schingoethe, and Ryder Rolston – as well as newcomer Matthew Argentina, who was signed to a tender this spring. 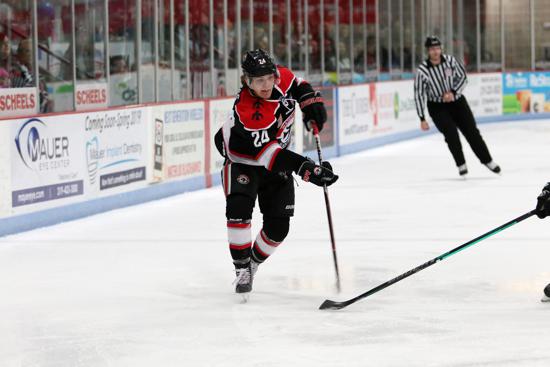 Ness, a University of North Dakota commit, returns for his second full season with the Black Hawks after he registered 33 points (16-17-33) in 57 games last season. The Wayzata, Min. native missed only one regular season game for Waterloo other than his time with the U.S. Junior Select Team at the World Junior A Challenge. The 2018-19 Black Hawks captain picked up goals in four of his first seven games this season before registering a hat trick on November 3, 2018 in a 4-3 loss to the Dubuque Fighting Saints. 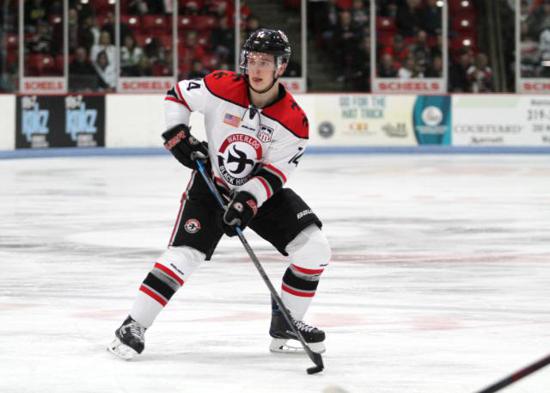 Schingoethe, who recently committed to University of Denver, joins Ness as a returner to the Waterloo lineup this season. The Algonquin, Ill. native put up 33 points (11-22-33) while appearing in all 62 games last season as a 16-year old. More than half (17) of Schingoethe’s season points (33) came during special teams play with 15 on the powerplay (3-12-15) and two shorthanded (1-1-2).

Rolston joins the team after two seasons with the USA Hockey National Team Development Program (NTDP) with a combined 56 points (35-21-56) in 68 games. The University of Notre Dame commit finished his 2018-19 season with a point in seven of the final 10 games (5-3-8) with the U18 squad.

Argentina was signed by the Black Hawks to a tender this spring after his second season with The Hun School (USHS) with 75 points (31-44-75) in 41 games. The University of Notre Dame commit also played for the Mercer Chiefs (AYHL) the past two seasons with 46 points (19-27-46) in 40 combined games.

December 6-7 (vs. Lincoln): During each of the last two seasons, the Black Hawks have worn a veterans-themed jersey highlighting a specific episode from WWII. In 2017, the jerseys featured Waterloo’s own Fighting Sullivan Brothers and in 2018 the sweaters commemorated the 1941 attack on Pearl Harbor. An auction of these uniforms has resulted in very successful fundraising for local veterans’ causes. This season’s jersey will revisit the WWII era and pay homage to some of the first Americans who volunteered to put themselves in harm’s way, even before the United States had entered the conflict. More details revealed later this fall.

December 28 vs. Des Moines Buccaneers & January 14 vs. Tri-City Storm: The 2019-20 season represents the 25th anniversary of Young Arena. The Black Hawks have created a special logo to commemorate the milestone. In addition, these two dates are significant. On December 28, 1994, the building was opened to the public for the first time. January 14, 1995 was the date of the Black Hawks’ first game in the building. On these two dates this winter, the Black Hawks and Young Arena are planning various “throwback” pricing specials, and a giveaway featuring the 25th anniversary logo.

Rivalry Games: The Black Hawks first met the Des Moines Buccaneers during the 1980/81 season. Waterloo’s series with Des Moines is tied as the second-longest continuous active rivalry in the league (behind only Waterloo and Sioux City, Des Moines and Sioux City also began 1980-81). In addition, Black Hawks games against previous Des Moines teams date back to 1962, while there are records of hockey games between predecessor clubs from the two cities as early as the 1920s. Due to a change in USHL scheduling with the departure of the Central Illinois Flying Aces this season, Waterloo will meet the Buccaneers eight times, the most since 2008-09. The four matchups at Young Arena will be Saturday, October 19th, Saturday, December 28th, Tuesday, March 17th (St. Patrick’s Day), and Saturday, April 18th (regular season finale).