LUMBERJACKS BUILDING A POWERHOUSE IN EAST 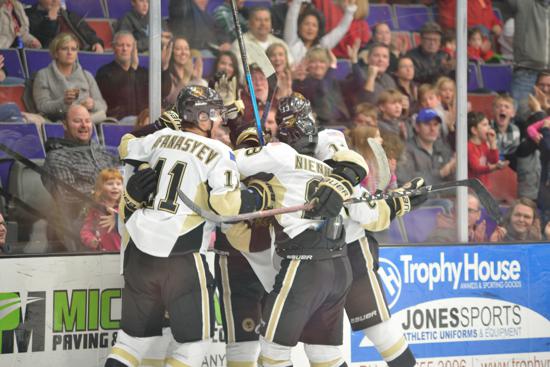 This season preview was provided by the Muskegon Lumberjacks.

Muskegon has never hoisted the Cup. The underdog Lumberjacks made a run all the way to the Clark Cup Final in 2015 as a four seed but fell to the Sioux Falls Stampede.

Muskegon is building a powerhouse in the East that cannot be ignored. In 2019-20, the Lumberjacks hope to turn that powerhouse into a Clark Cup Championship for the first time since joining the USHL. 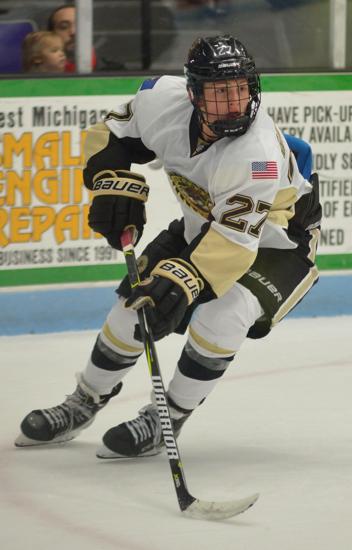 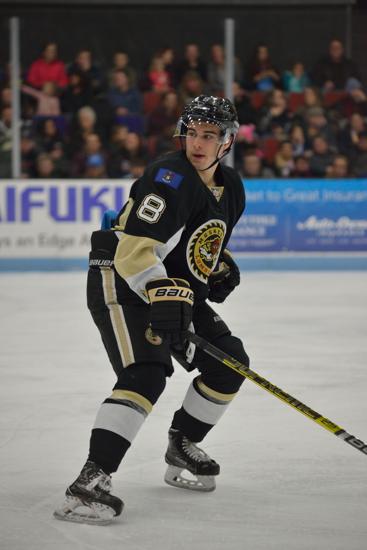 Muskegon will be led by returners Danil Gushchin, Alex Gaffney and Nash Nienhuis. Between the three of them, they have more than 200 games played in the USHL. Many eyes will be turned to Guschin this year, who comes into the season as a fringe first-round prospect for the 2020 NHL Draft.

“We’re happy to have Guschin back,” said Muskegon Lumberjacks Head Coach Mike Hamilton. “He’s a thrilling player to watch. We saw what he could do last year and we’re looking for him to take on an even bigger role this year.”

Additionally, Muskegon returns Cam Knuble and Oliver MacDonald, who both played major roles last season. Players who had smaller roles like forwards Jack Williams, Tanner Kelly and Zack Nazzarett, as well as defenseman Hank Kempf will all have the opportunity to seize bigger roles this year.

“We have a nice group of returning players,” said Hamilton. “We need some of these guys to step up and take bigger roles for us this year.”

It happens every year, USHL teams lose many of their star players to either NCAA or professional hockey, and the Lumberjacks will have to find a way to fill the shoes of departing players like Mikael Hakkarainen, Egor Afansyev, Colby Bukes, Brandon Bussi, Bobby Lynch and Alex Yakovenko. Having a strong core of players back is a great star and General Manager Ryan Bennett is known for his free agent signings.

Last season, Lynch came to Muskegon from the QMJHL and became a star on the high-flying Muskegon offense that set a franchise record for most goals scored in a single season. This season, Bennett has lured another set of free agents to the USHL including former Ontario Hockey Legue (OHL) player Erik Cermak and Nick Malik.

“We’re excited about Cermak, he’s shown us a high level of skill and could be a major factor for us this year,” said Hamilton.

In the USHL Draft, Muskegon selected power forward Luke Mobley in the first round, adding a 6-foot-4, 205-pound scorer to its front line. Last year, Mobley registered 19 goals and 47 points in the NAHL with Fairbanks.

Last year, Muskegon broke team record after team record, including points and wins in a single season, and fans responded by breaking the team’s attendance record by more than 10,000.

Special nights like Jacks’ New Year’s Eve Bash, Star Wars Night and ZOOperstars night have been widely successful, and Muskegon will bring them all back this year. Muskegon has also expanded the all-inclusive Jacks Club because of demand for more social areas.

As renovations continued, L.C. Walker Arena added the Bud Light stage over the player’s entrance, which will feature bands and interviews, as well as nightly teacher, veteran, police and fire recognitions.

The arena has also upgraded the players lounge, coach’s offices, training room and workout facilities, in-keeping with the commitment of the owners to become the best junior hockey organization in the world.

The overhaul to L.C. Walker Arena was met with rave reviews, a boost in attendance, and the best team the Lumberjacks have had since joining the USHL. This season, with the renovations now finished, the Lumberjacks are aiming to finally finish off a run to the Clark Cup.