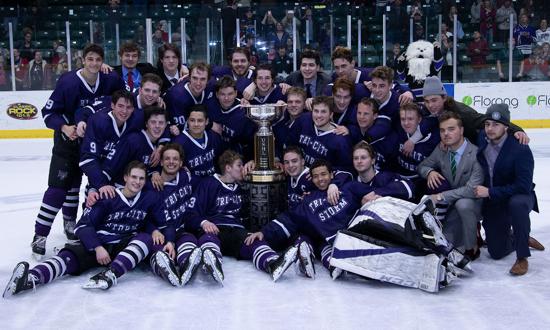 The Tri-City Storm won their second Anderson Cup last season, finishing with a league-best 45-12-3-2 record. The Storm’s 95 points last season was also the most by any team since the 2012-13 season and tied for third all-time among team point totals in USHL Tier I history. But the season didn't end with the Clark Cup Championship being raised by the Storm, which is how the team hopes to cap off the 2019-20 season, as two-time Clark Cup Champions.

Tri-City's 30-man roster in the middle of September featured 16 players who appeared on the Anderson Cup roster last season and 18 with USHL experience.

The Storm will look to USHL veteran forward Joseph Berg as well as defensemen Michael Koster, Calvin Dybicz and Mitchell Miller this season. Tri-City will also welcome forward Davis Burnside, who signed a tender agreement with the team this spring.

Last season, Berg’s third in the USHL, the Princeton University commit registered 11 points (6-5-11) in 51 regular season games and later scored a goal in the Clark Cup Playoffs. The Plano, Tex. native got off to a fast start with a point (1-2-3) in each of his first three games last season. Berg played a combined 41 games with the Omaha Lancers from 2016-18 with four points (3-1-4). 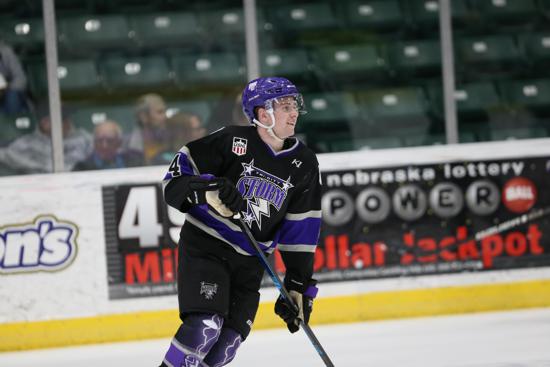 Koster, a Toronto Maple Leafs prospect (2019, Rd. 5, 146 overall), registered six points (2-4-6) in 15 games played last season. The University of Minnesota commit has played a combined 36 games with Tri-City in the last two seasons while also appearing in 49 games for Chaska High (USHS). As team captain, Koster put up 114 points (33-81-114) in the last two seasons and was named to the USHS All-USA Hockey First Team this season.

“Michael is someone we believe can make a big step and have a major impact for our team,” said Tri-City Storm General Manager and Head Coach Anthony Noreen. “He is a player with elite qualities and is eager to grow his game. He will be here training at the USHL level every day for the first time and should continue to get better as the season goes. We also expect him to be someone that steps into a leadership role. He has been around this team enough the last two years to know what is expected day in and day out if you are going to wear our jersey.”

Dybicz and Miller each return for their second full season in the USHL in 2019-20. Dybicz, a Michigan State University commit, put up eight points (1-7-8) on the Tri-City blue line last season. The Elk Grove Village, Ill. native previously played a combined eight games for the Cedar Rapids RoughRiders from 2016-18. Miller joins the Storm from the RoughRiders where the University of North Dakota commit registered 16 points (4-12-16) in 48 games last season.

Burnside joined the Storm by way of a tender signing this offseason after putting up 29 points (13-16-29) in 20 games with the Chicago Mission (HPHL U15) last season. The Ohio State University commit registered a pair of assists in his USHL preseason debut on September 7.

Be sure to check out the Storm’s full-season schedule as well as their promotional schedule.