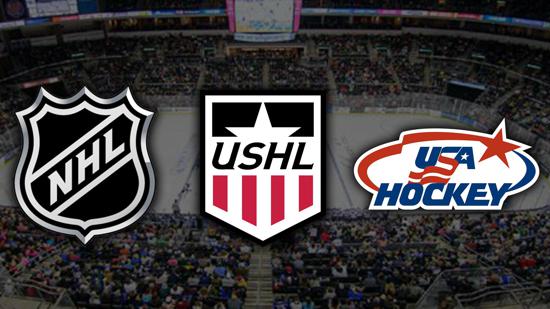 The United States Hockey League (USHL) announced Monday a partnership with ICEBERG Sports Analytics, a global IT company headquartered in Toronto, which will become the USHL’s official data and advanced analytics provider for the 2019-20 season.

“The USHL’s partnership with ICEBERG is pivotal in allowing our teams to further track and analyze the output of their athletes,” said USHL President & Commissioner Tom Garrity. “We’re excited to see what our teams do with this program, and how they use the information they gather to put their best product out on the ice for our fans every night.”

In 2017, the NHL announced a long-term agreement with USA Hockey and the USHL to provide financial support and other resources in furthering the development of players, coaches and officials participating in the nation’s top level of junior hockey.

“The NHL is proud to support the partnership between the USHL and ICEBERG,” said NHL Vice President of Business Development and International Affairs Kevin Westgarth. “Adding optical tracking, data, and analytics to the resources of the USHL and their teams is an exciting step, providing a leap forward in technology that will continue to ensure the highest level of development for USHL players.”

Along with members of the USHL’s front office, each individual team, as well as NHL Central Scouting will have access to this data. The data can be used for advanced scouting reports, optimizing lineups and matchups, and player safety. It can also be used to identify roster gaps, assessing player strengths, and evaluation of special teams.

“We are extremely excited to partner with the premier junior league in the United States,” said ICEBERG Vice President of Global Sales and Marketing Scott Vargas. “Through analytics and advanced data, our mission is to advance player development and provide coaching solutions in the sport of hockey. It was a natural fit for us to start working with one of the best developmental leagues in the world.”

“As our top junior league, we’re excited to see the on-going advancements that the USHL is making,” said USA Hockey Assistant Executive Director of Hockey Operations John Vanbiesbrouck. “This is another great asset that will be beneficial in player development.”

Headquartered in Chicago, Illinois, the USHL celebrates its 18th season as the nation’s only Tier I junior hockey league in 2018-19. The USHL had 55 players selected at the 2019 NHL Draft, and more than 400 players on team rosters in 2018-19 committed to NCAA Division I schools, further establishing the USHL as the world’s foremost producer of junior hockey talent.