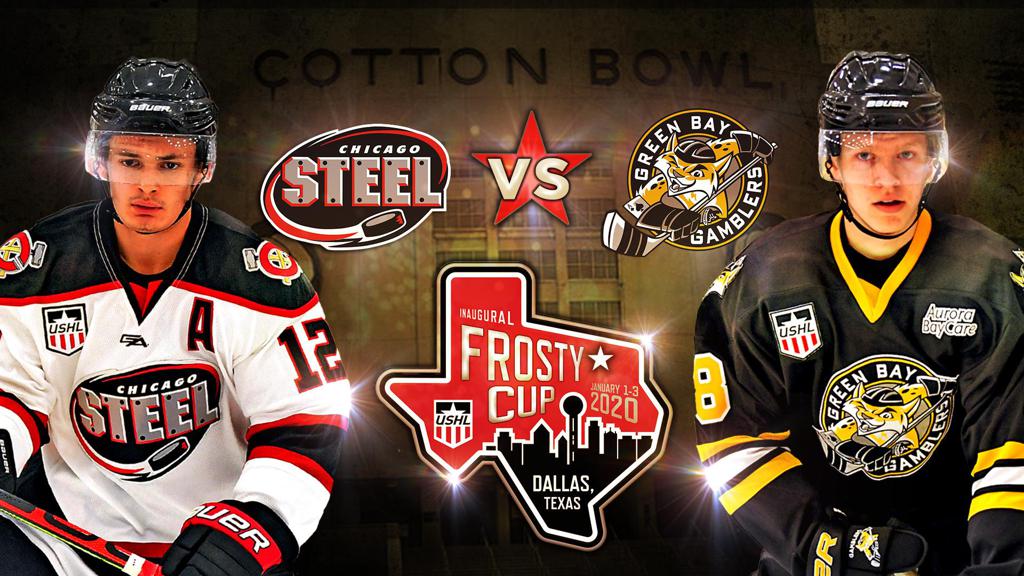 The United States Hockey League, in conjunction with the Dallas Stars, announced Monday the inaugural USHL Frosty Cup, a showcase event centered around the 2020 Bridgestone NHL Winter Classic at the Cotton Bowl in Dallas, Tex. The USHL Frosty Cup will feature a USHL outdoor game, as well as a youth tournament. Dates for the 2020 USHL Frosty Cup are set for January 1-3. Tickets and additional information will be announced at a later date.

“We are excited to partner with the Dallas Stars to put together the first ever USHL Frosty Cup,” said USHL Commissioner Tom Garrity. “Not only will this be a fantastic event for the teams, players and fans involved, but it also gives fans in the area a chance to see some of the NHL stars of tomorrow. Being able to showcase the high level of talent the USHL has, on the same ice as the Bridgestone NHL Winter Classic, at a historic venue like the Cotton Bowl, is an amazing opportunity.”

The highlight of the 2020 USHL Frosty Cup will be a USHL outdoor game at the Cotton Bowl in Dallas, the site of the 2020 Bridgestone NHL Winter Classic between the Dallas Stars and Nashville Predators on New Year’s Day. The USHL’s Chicago Steel and Green Bay Gamblers will play a pair of regular season games in back-to-back nights. The first game will be played indoors at Comerica Center at 7:30 p.m. CT on January 2 before the teams head outdoors on January 3 at the Cotton Bowl for a 5 p.m. CT puck drop. Both games will count towards the regular season standings with each team playing as the home team for one game.

“Since the organization moved to Dallas in 1993-94, the growth of youth hockey participation across North Texas has grown immensely,” said Dallas Stars President Brad Alberts. “Having the opportunity to host the USHL Frosty Cup is just another example of the interest and demand for hockey tournaments in the Lone Star State. The Stars are committed to providing our support and resources to help the continued growth of the sport.”

The Steel, celebrating their 20th season, will host the outdoor game on January 3 while the Gamblers will serve as the home team on January 2. Chicago and Green Bay have met 116 times since the 2002-03 season, with Green Bay leading the all-time series 67-42-5-2. The teams have split their two meetings this season.

This event marks the second time USHL teams will take to the ice outdoors after the Omaha Lancers and Lincoln Stars squared off at TD Ameritrade Ballpark in Omaha on Feb. 9, 2013.

The Stars are offering participating youth teams the opportunity to purchase tickets to the 2020 Bridgestone NHL Winter Classic®.