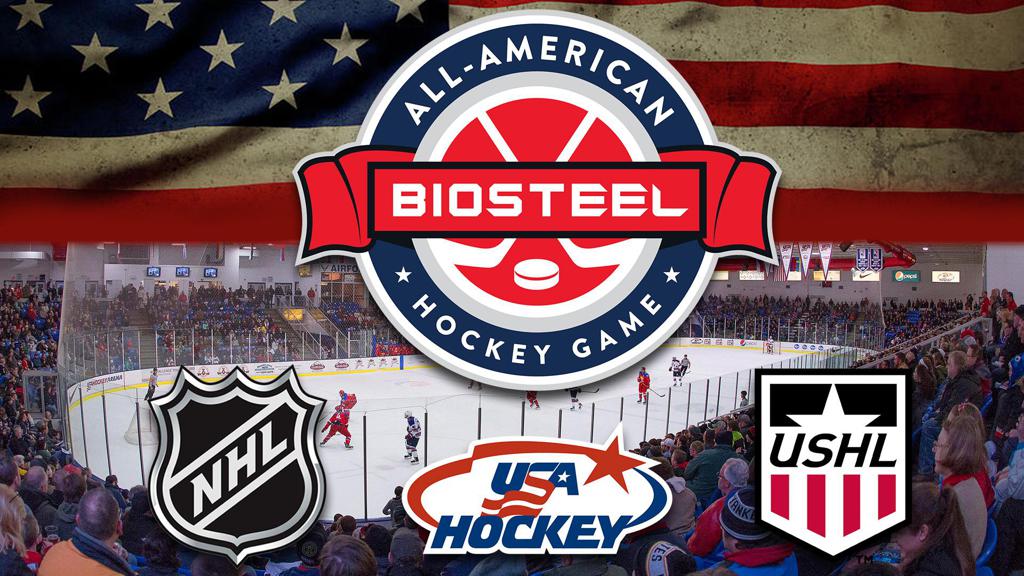 The USHL and USA Hockey announced Friday the rosters for the inaugural 2020 BioSteel All-American Game set to be played at 7 p.m. ET on Monday, January 20, 2020 at USA Hockey Arena in Plymouth, Mich.

Team Gomez features 20 current USHL players, representing nine of the USHL’s Member Clubs. The roster will take on the USA Hockey National Team Development Program (NTDP) Under-18 Team, one of the USHL’s 16 Member Clubs, in a showcase of the best NHL Draft-eligible players currently playing in the United States. That roster, Team Knuble, will be coached by former NHL forward and Stanley Cup Champion: Mike Knuble. NTDP coaches Seth Appert, Nick Fohr and Brent Darnell will join Knuble behind the bench.

This new event is a combination of two previous events, the USHL/NHL Top Prospects Game and the All-American Game hosted by USA Hockey and will be a great event for NHL scouts to witness the best talent the United States has to offer before the 2020 NHL Draft in June.

The game will be broadcast live on NHL Network.