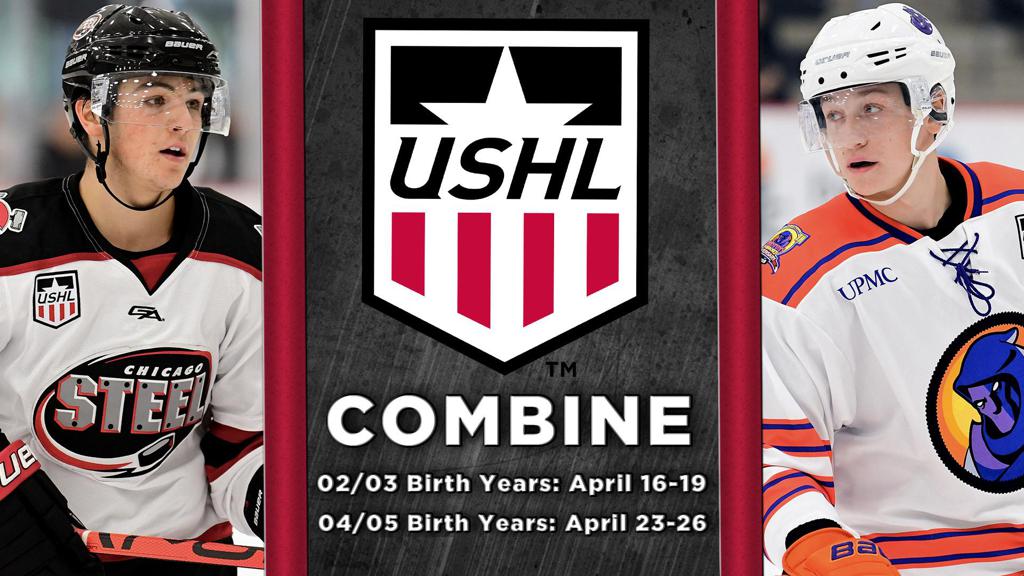 “Our combines are a great opportunity for all the top talent from each eligible age group to gather at one location and test their skills against each other in front of scouts from all 16 USHL teams,” said USHL Deputy Commissioner Denny Scanlon. “All of our teams are well represented at the combines as each of our teams are looking for the next USHL Draft selection who might develop into a Hobey Baker Award winner and NHL star. Some of the top players in our league in the past have had their USHL experience start at our combines.”

All four current USHL players showcased their skills at the 2020 BioSteel All-American Game, with Dzhaniyev and Team Knuble winning the contest 6-1. Laferriere registered a goal in the contest for Team Gomez. Brisson (31), Laferriere (68) and Kuntar (135) were all recognized by NHL Central Scouting in their latest midterm rankings ahead of the 2020 NHL Draft.

The combines are attended by a Coach, General Manager or scout from all 16 USHL teams. The dates for the 2020 USHL combines are organized by a player’s birth year:

All USHL combines are held at the Arctic Ice Arena in Orland Park, Ill.

In order to be considered for invitation, players should complete the online questionnaire HERE.

The 2005 combine is a great opportunity for players who are just starting their draft process in preparation for the 2021 USHL Draft. Players can learn from, and talk with, USHL Coaches and General Managers as they look ahead to their first year of USHL Draft eligibility in the following season.

More information regarding the 2006 & 2007 birth year eligible Player Development Camp will be released at a later date.

For more information on the 2020 USHL combines, click HERE.