Wednesday marks the annual Bell Let’s Talk Day, a day that began a new conversation about Canada’s mental health back in 2010, but has now become a day the hockey community embraces as a time to discuss mental health and its importance in and out of the game of hockey.

Together, we can make a difference. You are never alone. #BellLetsTalk

Over the past 9 months I’ve experienced some of the worst things you could ever imagine. Between my dad passing, 9 different eye surgeries, girl problems and betrayal. Nothing has been easy. You’re never alone. Speak up, talk to someone - It is ok to not be ok!!#BellLetsTalk

#BellLetsTalk. You are never alone

Don’t be afraid to speak up. Share what’s on your mind. It’s ok to not be ok #BellLetsTalk

If you or someone you know is hurting, these resources can help. #BellLetsTalk

The USHL has placed an importance on player’s wellbeing this season by partnering with headversity, a resilience training app that all players have access to via an application on their phone. headversity has reported that through January 27, 74 percent of USHL players are training for an average of six-and-a-half minutes per day and players have shown strong progression in their resilience skills in the process.

“With Bell Let’s Talk now in its 10th year, I think the push now needs to be for bold innovation in mental healthcare and we’re grateful for progressive partners like the USHL who have joined us in leading that initiative,” said Dr. Ryan Todd, psychiatrist and CEO of headversity. “headversity’s partnership with the USHL really focused on bringing players micro-training on their mobile devices, where they could see measurable outcomes throughout the season. Meeting this criterion was a must do for the demands of the players’ schedules.”

The headversity app gives players quick training exercises in various resilience skills including self-expertise, mindfulness, mental fitness, mental health, hardiness, and energy management. An initial set of questions at the beginning of app usage determines areas in which an individual needs to focus on and the app then sets up lessons based on the resilience skill a player needs more time with.

Those interested in learning more about headversity can visit their website, which also includes a free demo of their application.

With Bell Let’s Talk Day in mind, the USHL caught up with two members of the Chicago Steel, one of the USHL’s 16 Member Clubs. Below is the interview with defenseman Jack Babbage (listed as JB) and goaltender Ian Shane (listed as IS). 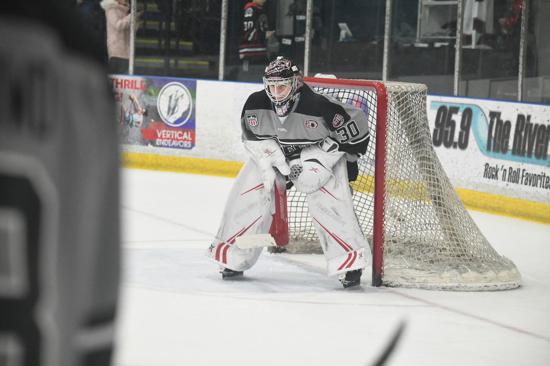 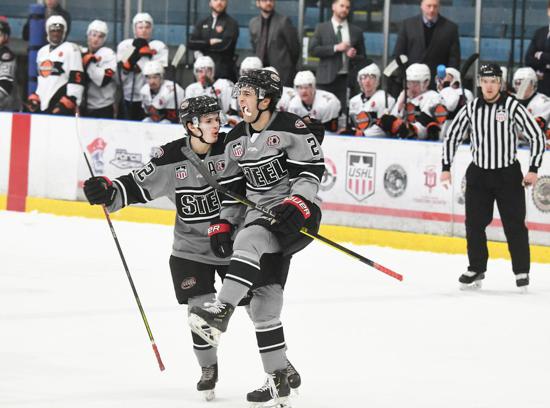 Why is Bell Let’s Talk Day such a big thing in the hockey community?

JB: We’ve seen some cases of mental health having a big effect on some professional hockey players who have passed away, or guys like Robin Lehner who have dealt with it. It’s ok to ask for help. I think some people are ashamed or embarrassed and that’s where I feel that people should get help and be open to it.

IS: I think it’s important to have that idea out there that you’re not alone if you’re struggling with something like that. The stigma around that shouldn’t be there. People should come forward and know that there are more like them. Everyone should feel comfortable and not hide, realize that it’s more important [to get help]. [Hockey] is a community. So when you have a whole team behind you, or coaching staff, or people who can help you, you should definitely use that to get help.

You’re both early in your hockey careers, but have you seen that change already where it’s ok to not be ok?

JB: I’ve seen it become more popular. For example, we have a mental coach (Matt Caldaroni – Mind-Body Fusion) here that comes and talks to us about our mental game and stuff like that. So I think it’s becoming more of a trend, getting help like that.

You guys have that experience of access to a mental coach, but the USHL has also partnered with headversity this year. How important are those options, especially at the junior hockey level?

IS: It’s crucial, especially for our league where guys are 16- to 20-years-old. It’s such a young age and you’re still developing, so to be going through a stressful time where there’s a lot of pressures. To have those tools where you can sit back and be able to focus on yourself and kind of forget everything else and make sure that you’re healthy and ok, it’s huge. It gives you tools and things you can do to build your confidence and go talk to your coaches and teammates about things. It helps you have the confidence to want to go talk to them instead of sitting back and letting things happen, taking more of a proactive stance.

JB: It’s helped so much with confidence.

Going back, you talked about Robin Lehner being that outspoken force, how important is it to have a guy at the top of the game speaking out about mental health?

JB: That was a powerful speech and probably had a big effect on junior and youth hockey players that might be dealing with things like depression. It was great to see a guy from the top level say that it’s ok to not be ok.

How would you describe the importance of mental health, in and out of the game of hockey?

IS: It’s huge. Everything derives from mood and how you’re feeling. You’ll take that to your job, to your family, loved ones. If you’re dealing with your own issues inside, it’s going to be 10-times harder to deal with things going on in the external world.

IS: Yeah. If you don’t have a support system, and if other people don’t know that you might be struggling, it makes things really hard.

Between working with headversity and your mental health coach, has it made you feel more comfortable, where if you were struggling with things you could go to teammates or coaches for help?

JB: Oh, for sure. Absolutely. It’s ok to not be ok, and to be open to it. I think headversity has been so helpful and made us feel really comfortable.

If you are having thoughts of suicide, you can call the National Suicide Prevention Lifeline at 1-800-273-8255 (TALK) or visit SpeakingOfSuicide.com/resources for additional resources.

headversity is a leading mental wellness app for organizations, with 22 micro-lessons on the six points of resilience. The program offers users media enriched & personalized resilience training in their pockets, offering tools and exercises to help them think, feel, and be better, rain or shine.

To join the conversation, use the hashtag #BellLetsTalk on social media.