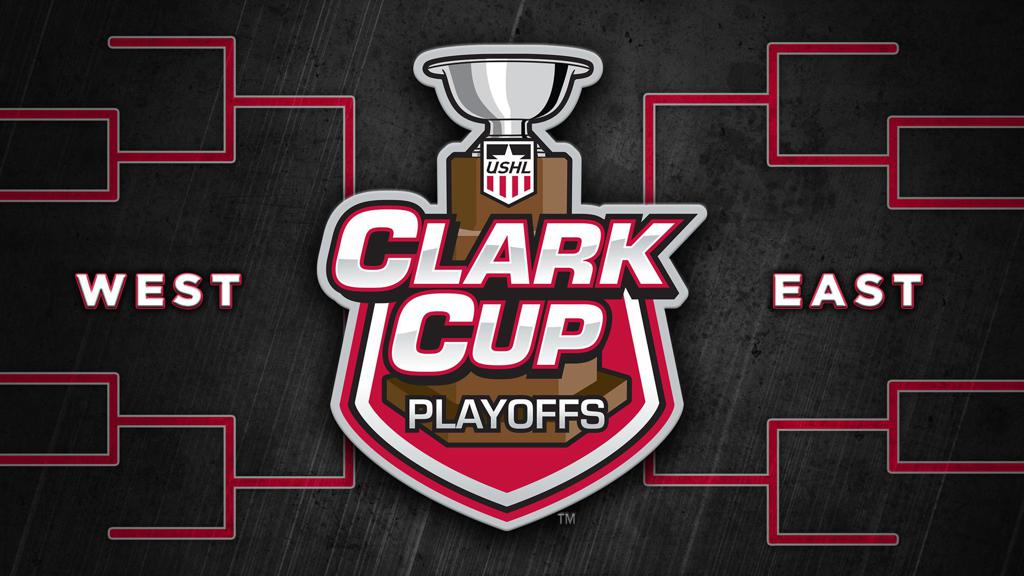 The United States Hockey League (USHL) announced Thursday the implementation of both a new playoff bracket and three-game Conference Semifinal series. Both of these changes will be in effect for the 2020 Clark Cup Playoffs, set to begin after the regular season concludes on Saturday, April 18. As in years past, six teams from each conference will qualify for the playoffs.

Beginning in 2020, the USHL Clark Cup Playoffs will move to a playoff bracket where the winner of the #3 vs. #6 First Round series in each conference moves on to play the #2 seed while the #4 vs. #5 winner will move on to play the #1 seed.

“This change in scheduling gives a fan-friendly and familiar approach to the Clark Cup Playoffs for our fans and teams alike,” said USHL President and Commissioner Tom Garrity. “We’re excited for this new format, which aligns our playoff format with that of the NHL Stanley Cup Playoffs and simplifies matchups and travel for our Member Clubs.”

Previously, the #1 and #2 seed in each conference, who both earn a First Round bye, waited until the end of the First Round to know which team they would play as the lowest remaining seed moved on to play the #1 seed while the other First Round winner played the #2 seed.

As in years past, both the Conference Final and Clark Cup Final will remain best-of-five series.

Be sure to check back to USHL.com for the latest standings, as well as the latest news on Clark Cup Playoffs matchups and schedule.