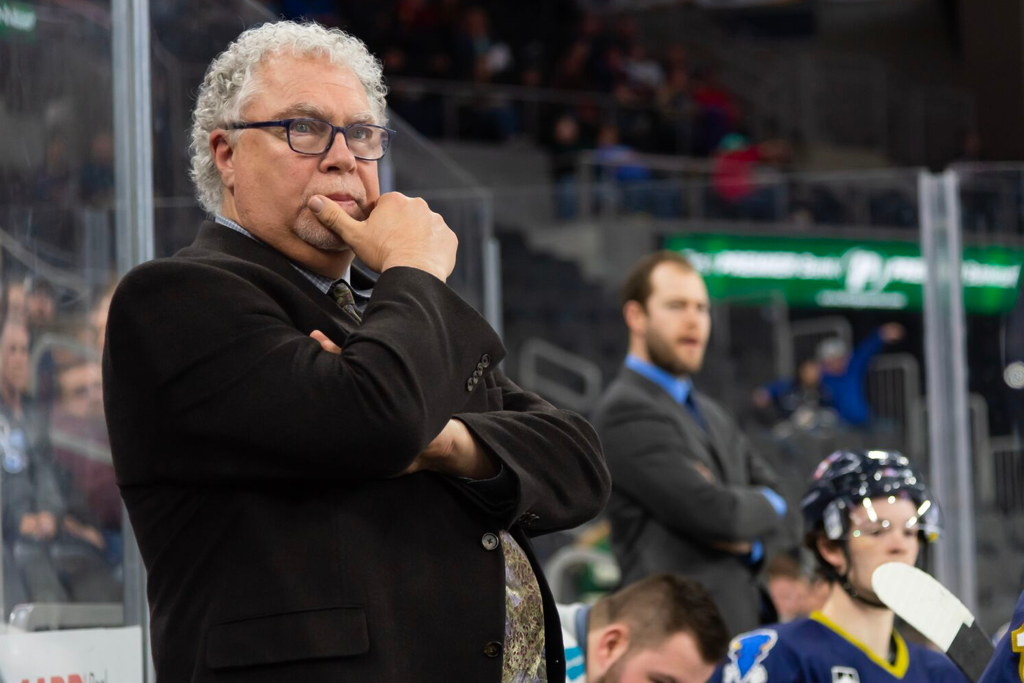 “Scott is the consummate professional, a great coach, teacher and a dear friend. The best of the best,” said Stampede managing partner Brian Schoenborn. “He elevated our program on and off the ice and we are forever grateful for that. The job he did leading the Stampede was simply masterful – especially giving our fans and community our third Clark Cup championship last season, a championship so great we get to celebrate it for two years.

“We all owe Scott a sincere thank you for all he did for us and wish him and Sally all the best in their retirement. They are forever members of our Stampede family and we will miss them greatly.”

The Madison, Wisconsin, native joined the Stampede on May 21, 2015 and spent the past five seasons as the head coach and general manager, managing the club to a 144-109-36 (.561) record. He most notably led the Stampede to a 39-16-7 record during the 2018-19 season and 11-1 postseason record en route to the third Clark Cup championship in team history.

“It has been an honor to serve as the Stampede head coach and general manager for the past five years,” said Owens. “My wife, Sally, and I would like to extend our heartfelt appreciation to the ownership group, organization and community of Sioux Falls for making this a wonderful experience.

“We will cherish the relationships we have made and look back with fondness on the players, coaches and fans we have spent time with during our tenure. The PREMIER Center was a special place to coach in and I’ll take many good memories from that building. The 2018-19 Clark Cup run will remain one of my most favorite coaching experiences anywhere.

“It’s time to turn the page for both the organization and on our lives, but we will always follow and cheer for the Herd.”

Owens began coaching as a player and assistant coach for ESC Kempten in West Germany in 1979. He took his first coaching and general manager role with the Madison Capitols of the USHL in 1984 and was promoted to head coach two seasons later. Between 1986 and 1990, the club had its best regular season records to date, amassing a 115-62-15 (.646) record in four seasons and earning a playoff berth in each. Owens was awarded his first USHL General Manager of the Year award in his first season and USHL Head Coach of the Year in his sophomore season.

Owens moved on to take an assistant coach position at the University of Wisconsin in 1990, then an assistant job at his alma mater Colorado College between 1991 and 1995. He returned to the USHL to be the head coach and general manager of the Des Moines Buccaneers in 1995.

After four seasons with the Buccaneers, Owens finished with a combined 146-55-11 (.715) regular season record. During that time, he captured two Anderson Cup titles for the best league regular season record and earned his first Clark Cup championship following the 1998-99 season. He also claimed back-to-back USHL General Manager of the Year awards between 1997 and 1999.

Owens returned to Colorado College to take the vacant head coach position and spent 15 seasons with the program between 1999 and 2014. He is the winningest coach in program history with a 324-228-54 record (.579).

The Stampede organization will honor Coach Owens at an upcoming game early in the 2020-21 season.

He will also be assisting the Stampede for the league drafts in May and will play a key role in the coaching search. The team plans to name the eighth head coach in club history prior to the draft.