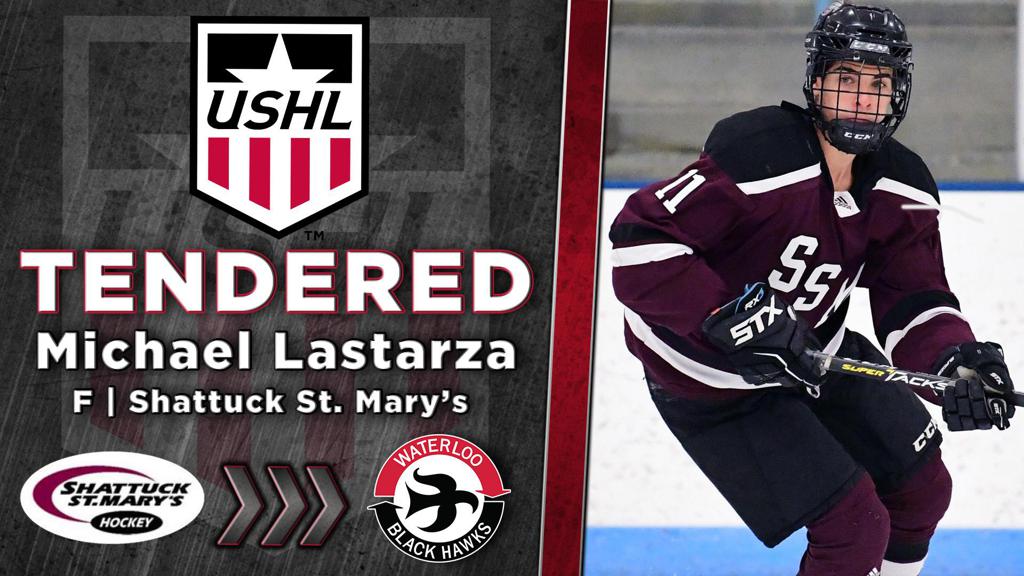 “Michael is a highly-gifted offensive forward with exceptional offensive instincts,” noted Black Hawks General Manager Shane Fukushima.  “To put his season in context, it’s important to consider that Michael was playing up an age group this year.  We look forward to helping him in the next step of his development as he advances from midget to junior hockey this fall.”

Under the USHL tender process, teams have a chance to sign up to two of the most promising prospects ahead of the league’s Phase I Draft each spring.  In exchange for coming to agreement with a tendered player, the Black Hawks will forgo their first round pick during that stage of the draft.  LaStarza and any other tendered player are guaranteed to play in a minimum number of games in the season after they are tendered.

The early signing option became part of the USHL player procurement process in 2012.  In that time, the Black Hawks have now tendered five players, including forwards Wyatt Schingoethe and Matthew Argentina who were each on the Waterloo roster in 2019/20.  The group also includes defensemen Sam Rossini and Mikey Anderson.  In late February, Anderson made his NHL debut with the Los Angeles Kings after winning back-to-back NCAA championships with the Minnesota-Duluth Bulldogs in 2018 and 2019.

LaStarza’s path to the Black Hawks is reminiscent of Halifax native Shane Bowers, who arrived in Waterloo at the same age as a Phase I USHL draft pick in 2015.  After spending two seasons with the Hawks, Bowers was selected by the Colorado Avalanche in the first round of the 2017 NHL Draft and spent this season with Colorado’s American Hockey League affiliate, the Colorado Eagles