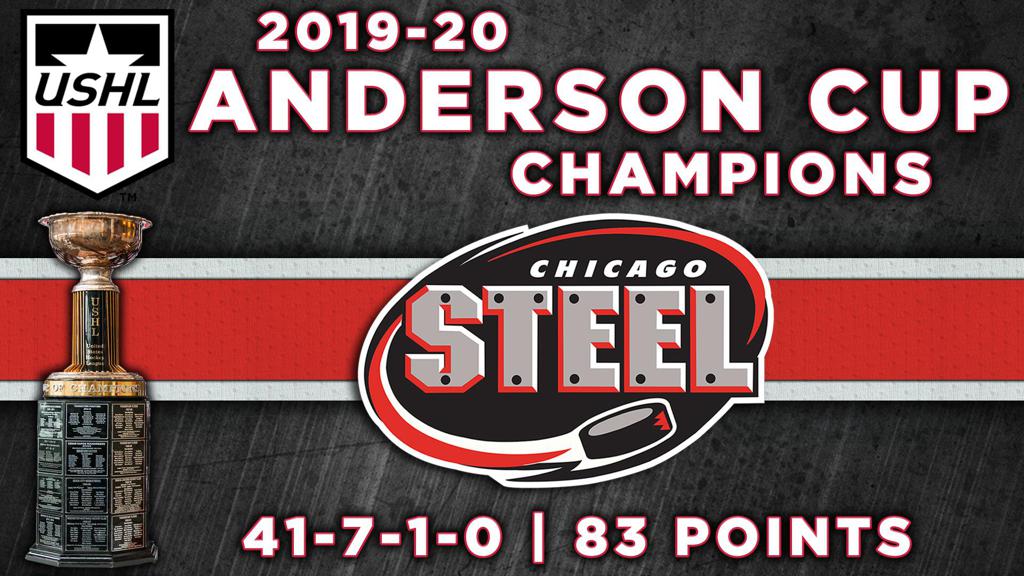 The United States Hockey League (USHL) announced Tuesday the Chicago Steel as Anderson Cup Champions for the 2019-20 season. The USHL’s Anderson Cup is annually awarded to the team with the best regular-season point total. This season the Chicago Steel clinched their first Anderson Cup in team history after finishing with a 41-7-1-0 record through 49 games in a season shortened by the COVID-19 pandemic.

The Steel, who were celebrating their 20th season in the USHL, finished the 2019-20 regular season on their second 13-game winning streak of the season and set franchise records in wins (41) and points (83).

Chicago’s pair of 13-game winning streaks this season marked the first time in league history that a team registered multiple double-digit win streaks. The Steel were also closing in on previous league records for wins (47) and points (98) with 13 games remaining in their schedule.

Chicago’s 41 wins this season marks the 11th-straight USHL season that has featured at least one team with 40-or-more wins.