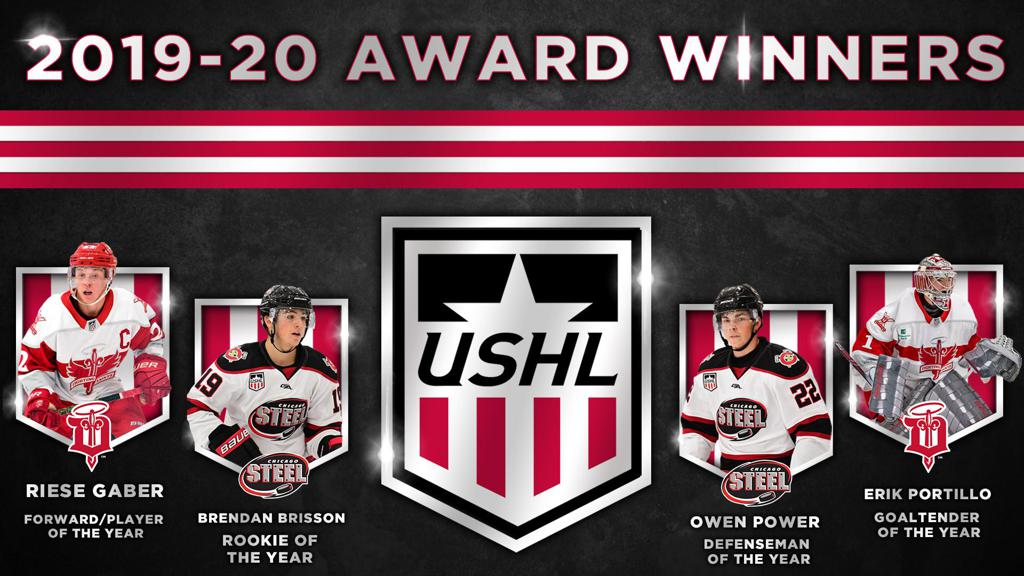 All four award winners joined The U-Show Podcast for an episode centered on the USHL individual awards, as well as the All-USHL Team announcements from Thursday. All four players were named to the All-USHL First Team. 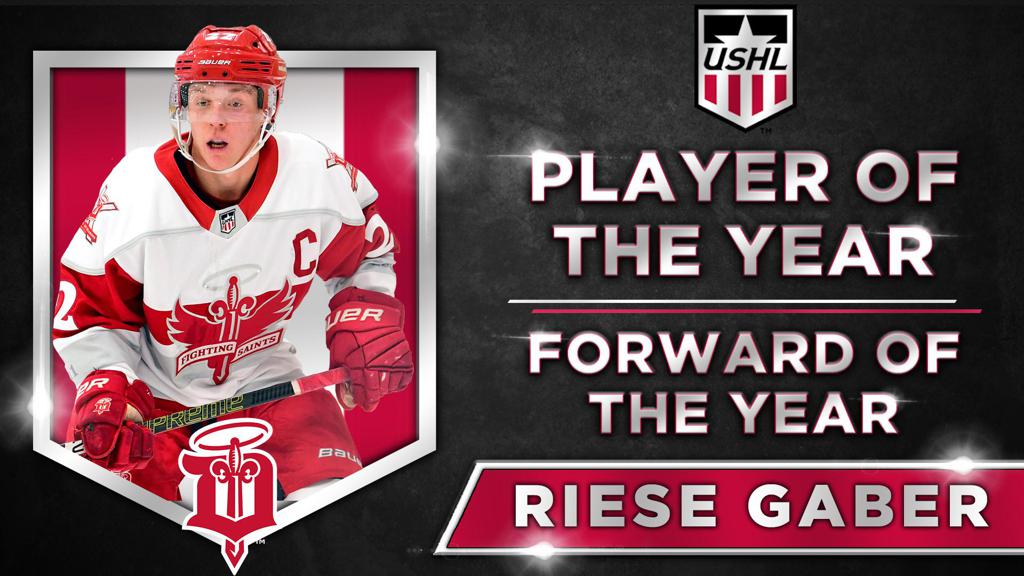 Gaber, a University of North Dakota commit, walked away with a pair of awards after an offensively stellar season where he led the league with 34 goals. The Gilbert Plains, Manitoba native set a Dubuque Tier I record for franchise goals with 56 in two seasons with the Club. This season Gaber finished with 55 points (34-21-55) in 47 games, just five points off the pace for the league lead. The talented goal scorer found the back of the net in 26 different games this season as well as only being held scoreless in back-to-back games six times. Gaber registered a four-game goal streak from January 31 to February 8 (6-2-8). 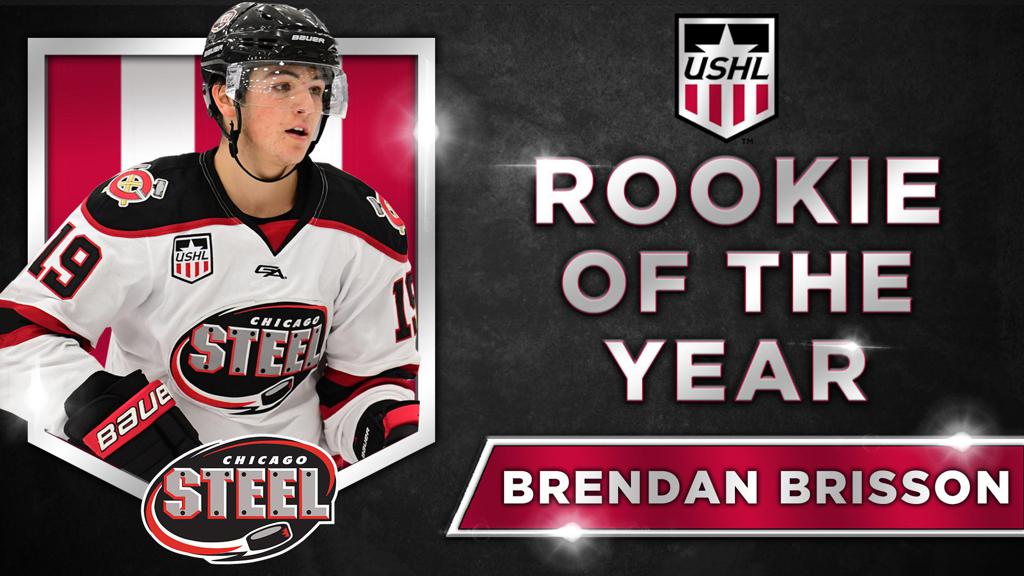 Brisson took home Rookie of the Year honors after a fantastic rookie campaign in which he finished second in the league with 59 points (24-35-59) in 45 games. He joins Robby Jackson (2013-14) and Danny Richmond (2001-02) as Steel players to win USHL Rookie of the Year. The University of Michigan commit led rookies in points (59) and assists (35) while his 24 goals fell one shy of the rookie leader. Brisson, a native of Manhattan Beach, Calif., got off to a slow start, picking up six points (3-3-6) in his first nine games before registering 53 points (21-32-53) in his final 36 games of the season for a 1.47 points per game average, an 80 point improvement from the first nine games. The vast scoring improvement also led to an improved ranking from NHL Central Scouting. The former Shattuck St. Mary’s forward was slated as a C-rated skater on both the Preliminary and Updated rankings, but the turn of the calendar to 2020 brought a Midterm ranking of 31 among North American skaters before landing at 20 on the Final rankings on April 8. 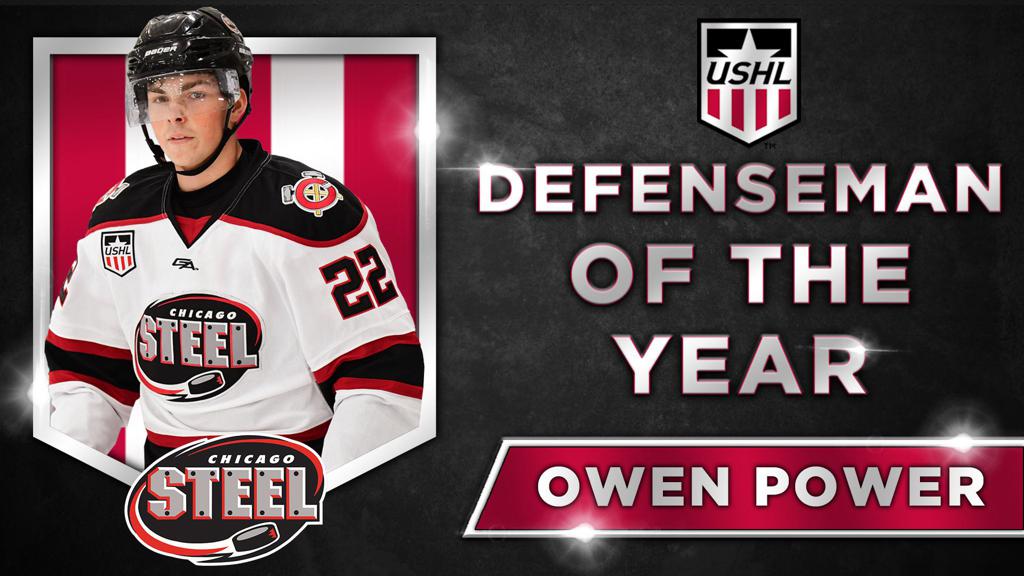 Power became the second Steel player to win USHL Defenseman of the Year (John Moore, 2008-09) after leading all blueliners with 40 points (12-28-40). The University of Michigan commit was tied for first in powerplay goals (5) while finishing second in goals (12) and fourth in assists (28). The 6-foot-5, 211-pound defenseman entered the USHL at just 15-years-old last season and made an immediate impact, setting a Tier I USHL record with 11 goals as a 16-year-old defenseman. This season, the Mississauga, Ontario native posted 10 multi-point games, including a two-goal, three-point night on February 26, a career-best for goals and points in a game. 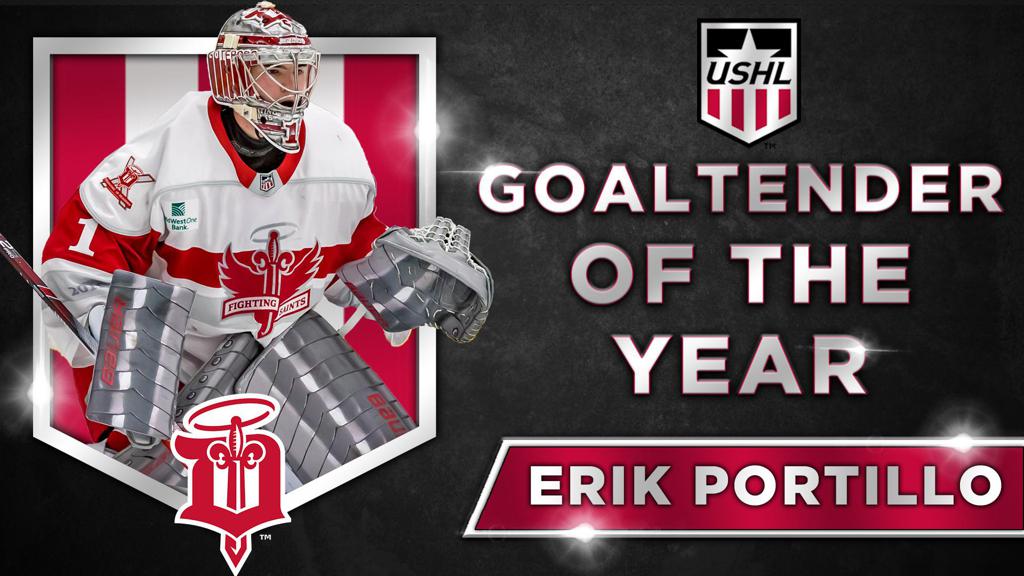 Portillo, a Buffalo Sabres Prospect, was awarded USHL Goaltender of the Year after an outstanding campaign that featured a league-best 2.11 goals against average, third-best 0.915 save percentage, and fourth-best win total (19). The University of Michigan commit finished the 2019-20 season with a 19-5-1-0 record and only lost back-to-back games once all season. The Swedish netminder stopped all 16 shots he faced on February 8 for his lone shutout of the season. Portillo also had 19 appearances with two-or-fewer goals allowed, twice recorded four-game winning streaks, and had six multiple-game winning streaks this season.

Portillo is the first-ever Fighting Saints netminder to win USHL Goaltender of the Year and is the third Swedish netminder to win it, joining Filip Larsson (Tri-City Storm, 2017-18) and Kevin Lindskoug (Muskegon, 2012-13).