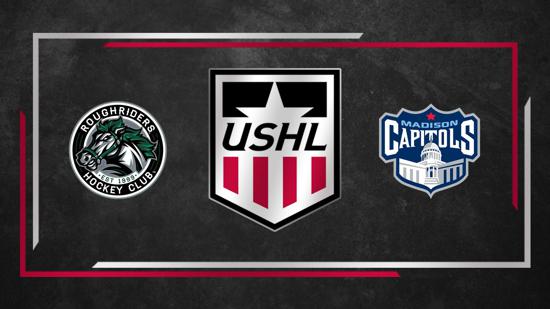 The United States Hockey League (USHL) completed a dispersal draft Monday for players that were on the rosters and affiliate lists of the Cedar Rapids RoughRiders and Madison Capitols for the 2019-20 season. All players that have junior hockey eligibility for the upcoming 2020-21 season were eligible to be selected by USHL Member Clubs.

Both the RoughRiders and Capitols requested and received approval from the USHL to withdraw from participation in the 2020-21 season due to building damages and COVID-19 county restrictions, respectively. Former RoughRiders and Capitols players will return to the Cedar Rapids and Madison rosters upon their return to the league for the 2021-22 season.

The selection order for the dispersal draft was determined via a weighted lottery.

The NTDP did not participate in the dispersal draft as they hold a separate player-selection process that is completed in cooperation with the other USHL Member Clubs.