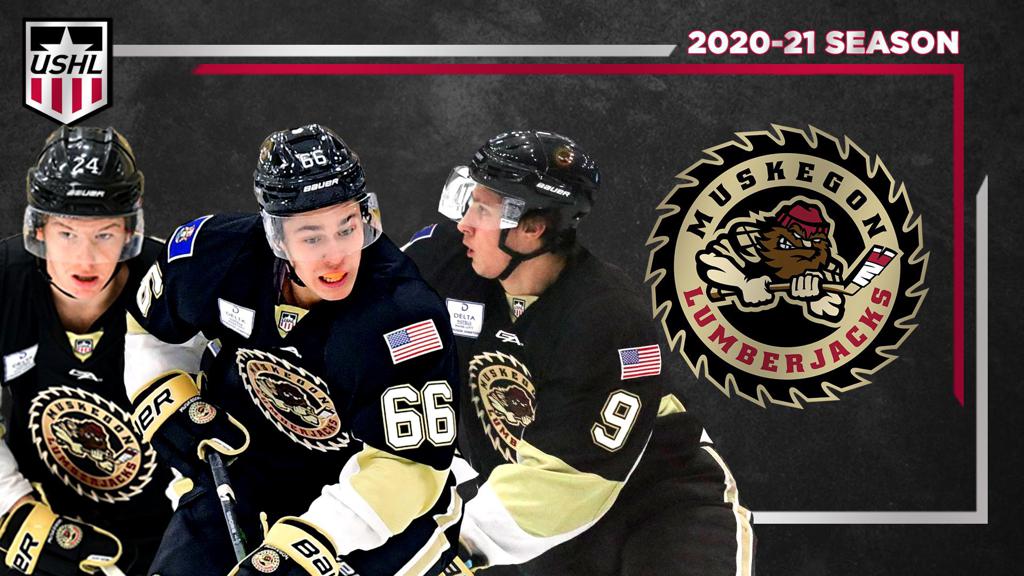 The Muskegon Lumberjacks return to the ice this season looking to Daniil Gushchin to lead the offense a season after he paced the Lumberjacks in scoring and was selected in the third round of the 2020 NHL Draft.

"We have a solid group of still-young returners that have experience in this league that provide great leadership on and off the ice," said Muskegon Lumberjacks Head Coach Mike Hamilton. "We have lots of talent, skill, speed, and hockey IQ on the ice and an ever better group of young men off the ice. We have a deep lineup that will push and challenge one another every day- and we believe competition will help our team. Our goal is to get better everyday, and we believe that winning is a byproduct of hard work, development and attention to details."

Gushchin, a dynamic Russian-born forward, was taken by the San Jose Sharks with the 76th overall selection of the 2020 Draft after notching 47 points (22-25-47) in 42 USHL games last season. The Sharks prospect was named to the All-USHL Third Team and won a gold medal with Russia at the 2019-20 Hlinka Gretzky Cup.

Gushchin isn’t the only NHL prospect that the Lumberjacks will look to offensively as forward Rhett Pitlick returns to Muskegon after joining the team midway through the 2019-20 season. The Montreal Canadiens prospect (2019, Round 5, #131 overall) registered 31 points (13-18-31) with Muskegon after collecting 16 points (5-11-16) in 24 games over two seasons with the Omaha Lancers. Pitlick, a University of Minnesota commit, is a former USHS All-USA Hockey Third Team member in the 2018-19 season after posting 61 points (28-33-61) in 25 games with Chaska High (Minnesota).

The Lumberjacks will also look to returning defenseman Hank Kempf to lead the defensive efforts. The Cornell University commit has appeared in 55 games with Muskegon in the last two seasons, collecting 18 points (0-18-18) and earning a spot on both the USHL All-Rookie Second Team and USHL All-Academic Team last season.

Muskegon announced in September they would play this season without fans in attendance at Mercy Health Arena for the safety of its players.