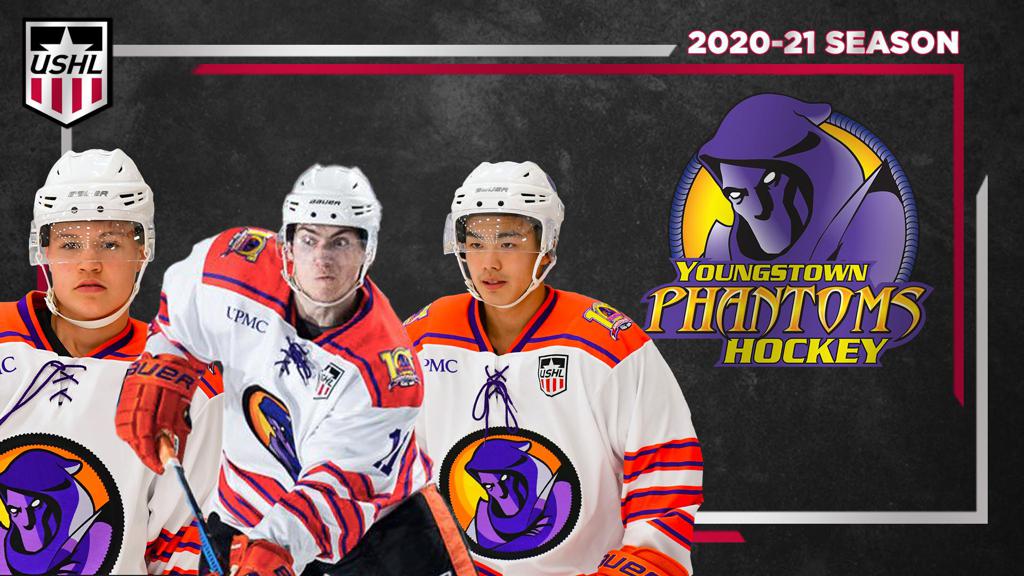 Youngstown Phantoms fans will welcome back a handful of USHL players when they return to play for the 2020-21 season. Returning Phantoms forwards Georgi Merkulov, Ben Schoen and Yusaku Ando, as well as a newcomer on the blueline David Gucciardi, will be the core group of Phantoms hoping to lead the team to their first ever Clark Cup Championship.

"Camp has been a highly competitive environment that is forcing us to make some tough decisions moving into the opening weekend,” said Youngstown Phantoms General Manager and Head Coach Brad Patterson. “I have been impressed with our new additions and with the steps that our returning players have taken over the offseason. Our league as a whole looks to be as deep and as skilled as any year I can remember which should lead to some great hockey throughout the USHL. We look forward to dropping the puck on the 2020-21 season."

Merkulov returns to the team after collecting 33 points (6-27-33) in 36 games after joining the Phantoms in November. The Russian forward registered points in 18 of his first 22 games (6-19-25), including his first seven games in a Phantoms uniform. The seven-game point streak was his longest of the season and first of three five-game point streaks throughout the season.

Schoen, a Penn State University commit, returns to the team after putting up 20 points (6-14-20) in 29 games and a combined 48 points (12-36-48) in 84 games over the last two seasons. The Maumee, Ohio native represented the United States at the Hlinka Gretzky Cup last season and had three points (1-2-3) in four games.

Ando also rejoins the squad after his 25 point season (8-17-25), appearing in 40 games with the Phantoms in his first USHL season. The Tomakomai, Japan native four multi-point games last season, with three coming in the first five games of his USHL career. Ando, who is committed to Minnesota State University, is eligible for the 2021 NHL Draft and was named a C-rated skater by NHL Central Scouting on the service’s Preliminary List. A C-rated skater indicates a 4th, 5th or 6th round candidate.

Gucciardi joins the Phantoms after splitting time between the Muskegon Lumberjacks (12 games, 0-2-2) and Sioux City Musketeers (23 games, 3-8-11). The Michigan State University commit had a four-game point streak (1-3-4) in the beginning of January and notched a career-high three-point game (0-3-3) on February 7 against the Sioux Falls Stampede.