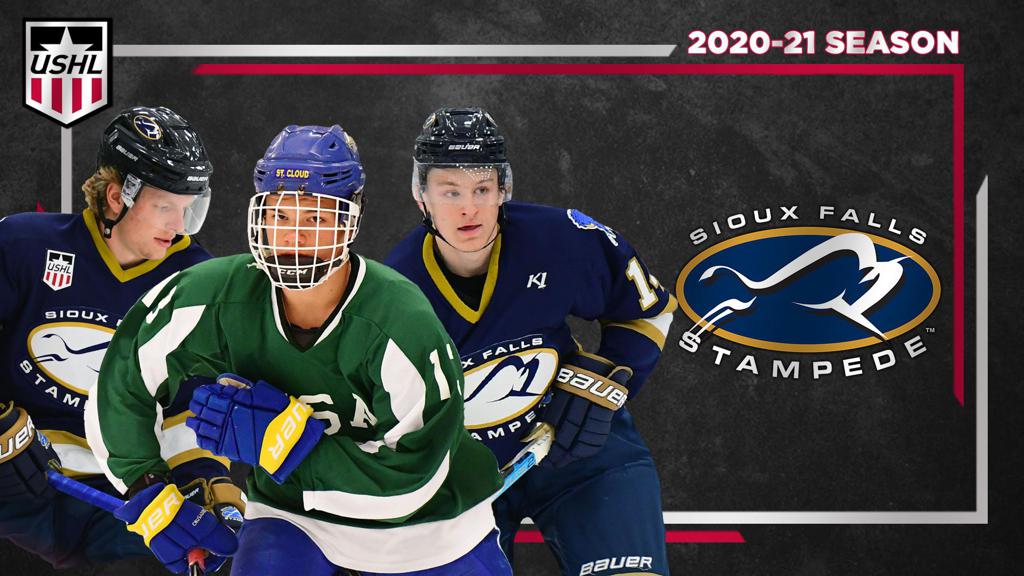 The Sioux Falls Stampede enter their 22nd season in franchise history as members of the Western Conference in the United States Hockey League.

The season will feature the addition of the eighth head coach in franchise history, Marty Murray. Murray, an accomplished coach at the North American Hockey League (NAHL) level with the Minot Minatauros, will look to bring his accolades to Sioux Falls.

“Myself and our coaching staff are looking forward to the upcoming 2020-21 season here in Sioux Falls,” said Murray. “So far this training camp, we’ve been working to establish an identity and, as a new coach, I’m still learning more about our players every day. We want to be a team that plays a hard, 200-feet game with a strong compete level. Our team is relatively young compared to the rest of the league, and this is something that we will preach everyday as a staff.”

The team will be returning five players from the previous season, including veteran forward Isaac Henkemeyer-Howe and defenseman Josh Phillips. Henkemeyer-Howe tallied eight goals and 11 assists for 19 total points on the ice last season. Phillips will also provide a leadership presence in the locker room with a young group of players. Last season he tallied a goal and 10 assists for 11 points in 43 games played.

Fans will be excited about the addition of Jack Smith from St. Cloud Cathedral, where the 2002-born forward tallied 16 goals and 14 assists over 11 games. He is a former first-round draft pick of the Herd in the 2018 USHL Phase I draft. Smith was also recently drafted by the Montreal Canadiens as the 102nd overall pick of the 4th round.

The team is also back with a few of their big annual promotions at the Denny Sanford PREMIER Center. On December 12, the team will host its annual Military Appreciation Night to honor the nation’s military veterans. The Stampede players will wear specialty military-themed jerseys and fans will have an opportunity to win a jersey with proceeds benefiting Warriors Never Give Up.

In addition, the biggest night of the year is BARK on February 27 with the 14th Annual Wiener Dog Races. 40 dachshunds will race across the ice during intermissions and only one will be crowned champion. The players will again wear wiener dog themed jerseys to be auctioned off to benefit Dakota Dachshund Rescue.