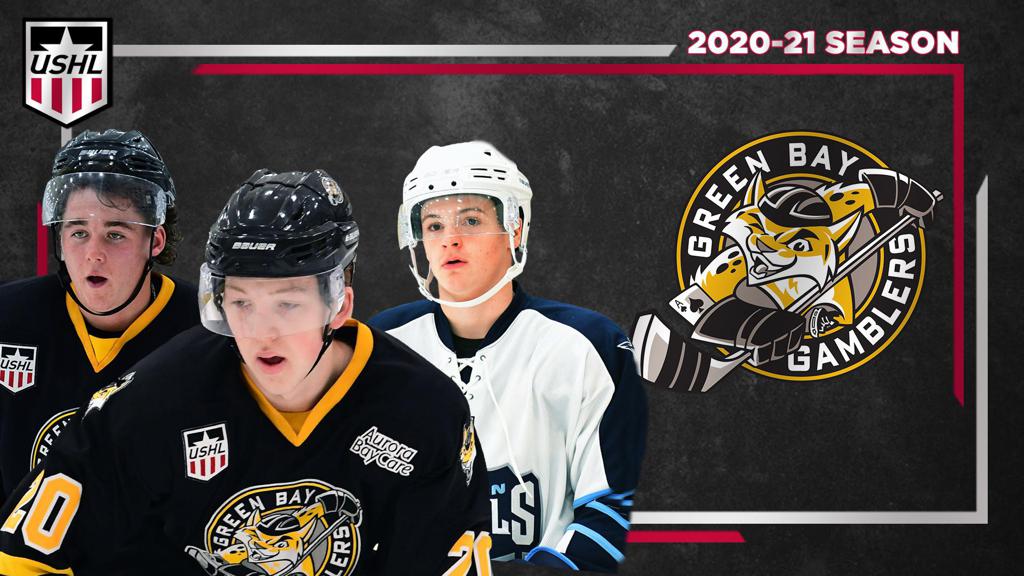 The 2020-2021 campaign marks the 27th season that the Green Bay Gamblers have competed in the United States Hockey League. Since 1994, the team has won five Anderson Cups and four Clark Cups.

Entering his 7th season as Head Coach and General Manager, the Gamblers are led by Pat Mikesch. During his time in Green Bay, Mikesch has recorded 161 wins, placing him second on the organization’s all-time wins list. The Michigan Tech alum, has coached 25 players who went on to be selected in the NHL Entry Draft, including 1st round selections Jordan Schmaltz (St. Louis/2012), Nick Schmaltz (Chicago/2014) and Casey Mittlestadt (2017/Buffalo).

The Gamblers roster features 12 players who appeared in 15 or more games last season in the USHL.  Forward Jesse Tucker is the team’s leading returning scorer, tallying 43 (18 goals & 25 assists) points. Ryan Kirwan, who last season was named to the USHL All-Rookie Team after scoring 25 goals for the Madison Capitols, will also be looked upon to make a significant impact.

In between the pipes the Gamblers boast 2020 USHL Phase 2 1st round pick Matt Davis and Jed Baloitti. Davis played last season in the Alberta Junior Hockey League with Spruce Grove and Baliotti attended the Berkshire School.