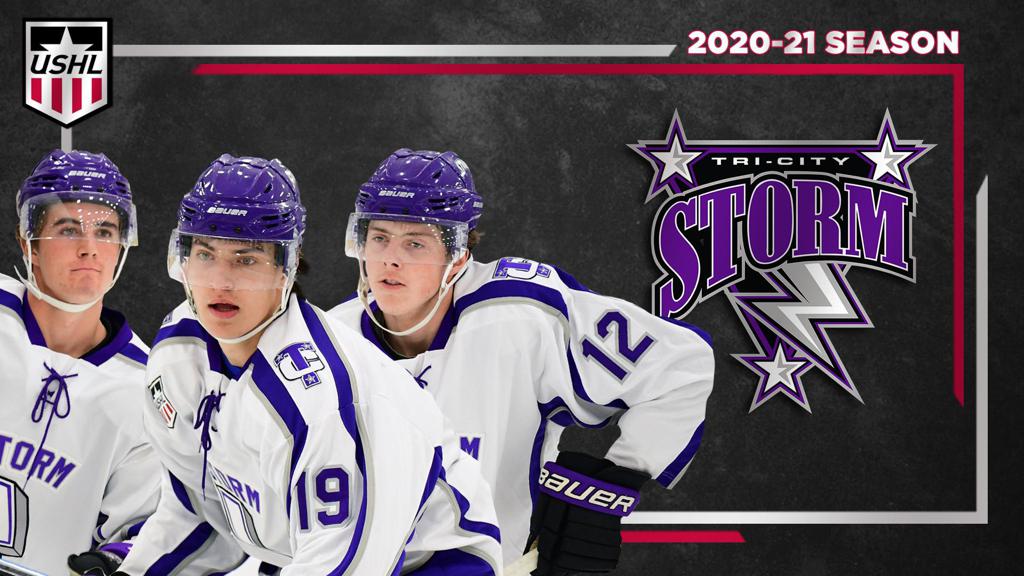 The Tri-City Storm return to the ice in 2020 with a trio of great returners as forward Matthew Knies and defensemen Kyle Aucoin and Cole McWard come back to the Storm trying to lead the team to the playoffs for the fifth time in six seasons.

“The biggest challenge of the offseason was the uncertainty and the lack of closure on last season,” said Tri-City Storm President of Hockey Operations and Head Coach Anthony Noreen. “This is what we do, and what we love, so to be back and to be preparing for a season, its been probably the most enjoyable time I’ve had around the rink. It’s been great to be back with the guys and have some normalcy. Everyone is excited to be back and ready to go.”

Knies returns to Tri-City after finishing second among scorers with 45 points (14-31-45) in 44 games, which was second among all league rookies, earning him a spot on the USHL All-Rookie Team. The University of Minnesota native is eligible for the 2021 NHL Draft and was named a B-rated skater in NHL Central Scouting’s Preliminary List rankings. Knies registered a 13-game point streak (7-15-22) from December 27 to January 31 last season, including six of his 14 multi-point games as well as all three of his three-point games.

Aucoin, a Harvard University commit, put up 13 points (2-11-13) in 48 games last season on the blueline. The Detroit Red Wings prospect (2020, Round 6, #156 overall) is the son of former NHL defenseman Adrian Aucoin who appeared in more than 1,000 NHL games and is now an Assistant Coach in the Chicago Mission program.

McWard also returns to the team after combining for 24 points (9-15-24) in a combined 97 games for the Storm over the last three seasons. The University of Michigan native earned a spot on the 2019 USHL All-Academic Team.