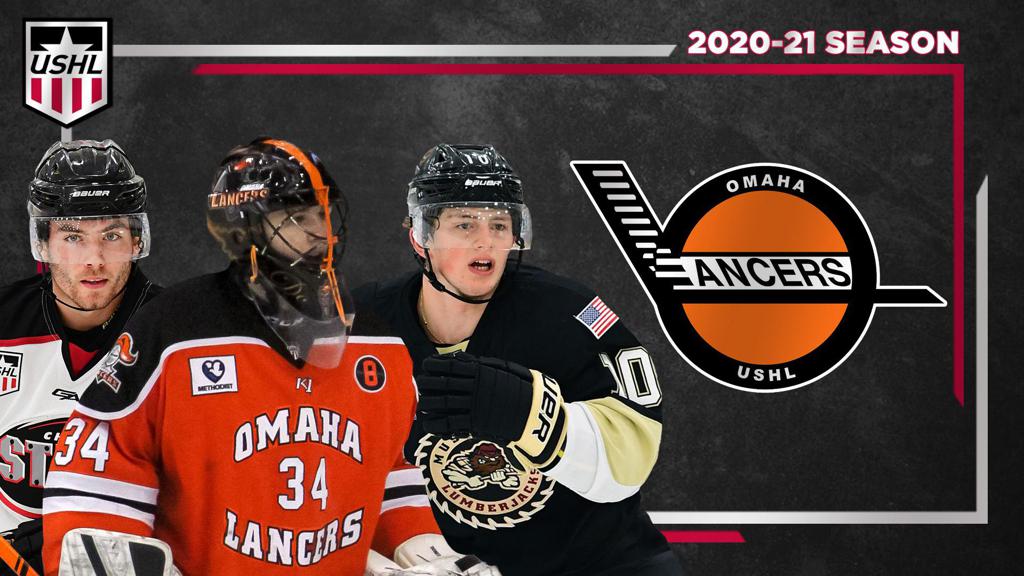 The Omaha Lancers will look no further than forwards Tyler Carpenter and Alex Gaffney for offense while relying on returning netminder Jakub Dobes between the pipes in the 2020-21 USHL season.

“We are excited about this year’s edition of the Omaha Lancers,” said Omaha Lancers General Manager and Head Coach David Wilkie. “It’s nice with what is going on in the world right now, just being able to get back to what we all know and do best.”

Carpenter returns to the Lancers after spending last season with the Anderson Cup winning Chicago Steel, where he put up 27 points (10-17-27) in 49 games. The University of Notre Dame commit previously appeared in 124 games with Omaha the previous three seasons, collecting 38 points (19-19-38) in that time. Carpenter had one of his three career multi-goal games last season and four of his career six multi-point games.

Gaffney comes to Omaha from the Muskegon Lumberjacks, where he had 55 points (27-28-55) over the last two seasons. The Lancers acquired the Harvard University commit during an offseason trade with the Lumberjacks. Gaffney registered four-straight games with multiple points (3-6-9) from October 12-25 last season and finished the campaign with points in four of his final six games.

Lancers opponents will have to deal with Montreal Canadiens prospect (2020, Round 5, #136 overall) Jakub Dobes in net after he returns to the Lancers following a 9-6-3-0 record last season. The Ohio State University commit finished the season with a 3.09 goals against average and 0.891 save percentage through 21 games in his first USHL season.