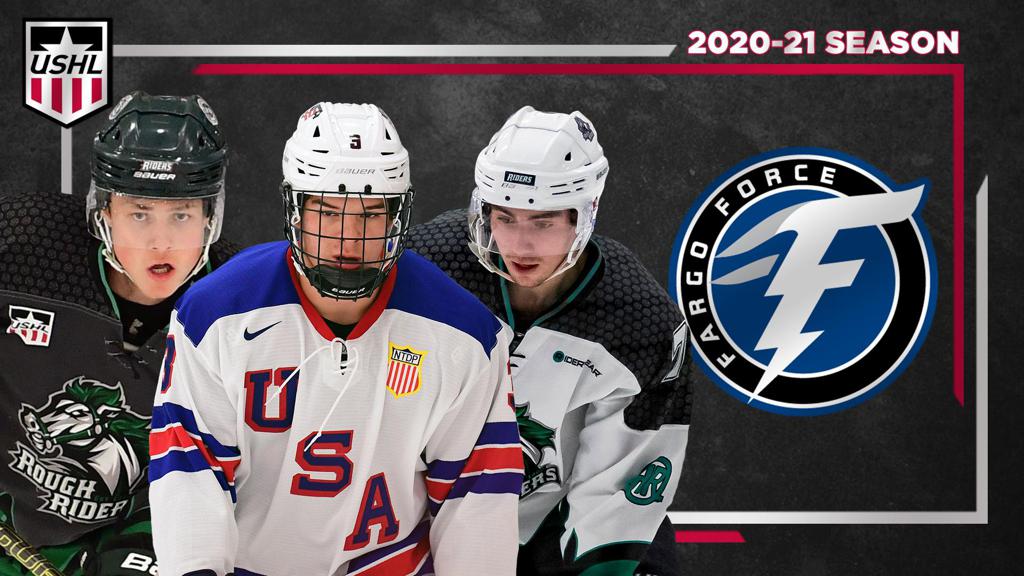 The Fargo Force are excited to be kicking off their 12th season in the USHL. Head Coach Pierre-Paul Lamoureux is hoping to build on the momentum he and his staff created last season, finishing 4th overall with a 27-15-4-2 record, including an eight-game undefeated streak before the 2019-20 season ended.

"We are very optimistic we will be a tough team to play against again this season" said Fargo Force General Manager Cary Eades. "We have a very experienced group" continued Eades, "We return more veterans from our Force team than usual, and we had a great return on our Entry Draft picks, of which eight players selected are currently with our team that played junior hockey in other leagues last season. We also were fortunate to pick up three USHL veterans - Owen Gallatin (USA Hockey NTDP), Michael Suda (Cedar Rapids RoughRiders) and Tyler Rollwagen (Cedar Rapids) in the Dispersal draft in September."

Gallatin joins the Force after two seasons with the USA Hockey National Team Development Program (NTDP). The University of Minnesota Duluth commit put up 19 points (3-16-19) from the blueline in his 53 USHL games with the NTDP. Gallatin, a White Bear Lake, Min. native, registered an assist at the 2020 BioSteel All-American Game and was part of the first place finishing Team USA at the Five Nations Championship in 2019.

Suda, a Cornell University commit, appeared in 37 games with the RoughRiders last season. The Cheektowoga, N.Y. native collected six points (1-5-6) last season and will make his way to the Force alongside last season’s teammate in Cedar Rapids, Tyler Rollwagen. Rollwagen, who is committed to University of Nebraska-Omaha, had a productive first season in the USHL, collecting 23 points (6-17-23) in 46 games in Cedar Rapids. The Bloomington, Min. native finished the season with points in 11 of the final 20 games of the season (4-10-14).

Other players to watch for the Force include Ryan Siedem, a defenseman that played collegiately at Harvard University last season, and forward Tristan Broz, who was the youngest player on the Force for the 2019-20 season, but finished second on the team in scoring with 14 goals and 21 assists. A top newcomer is Jack Peart, a defender from Grand Rapids, Min. who is eligible for the 2021 NHL Draft.

The Force will be hosting the Lincoln Stars in our home opener on Nov. 6, and will have many promotional nights throughout the season.