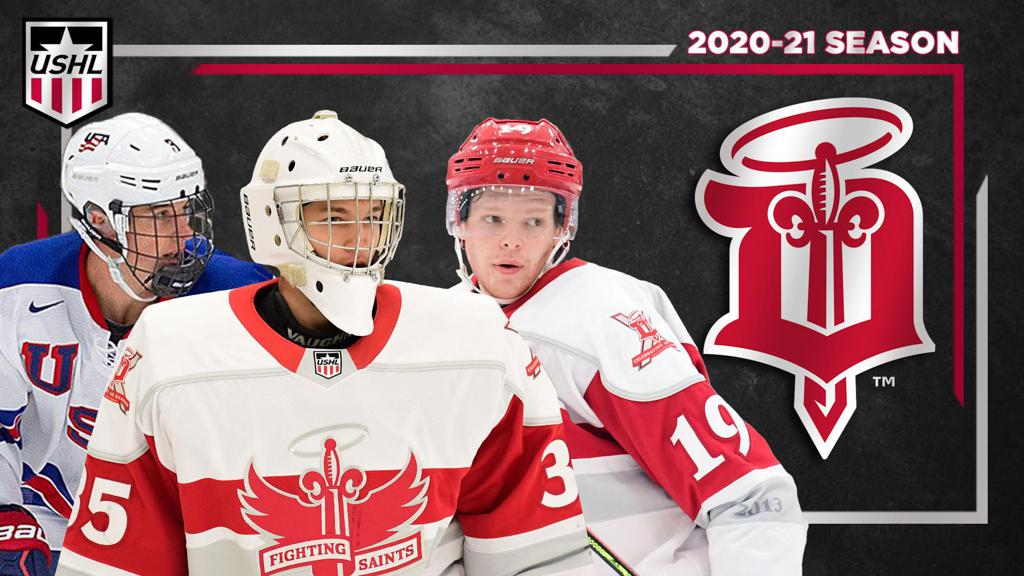 The Dubuque Fighting Saints are back with a younger roster with some experienced veterans leading the way after finishing second in the USHL last season with a 33-13-2-0 record.

"This season we have one of the younger teams we have had in the last few years,” said Dubuque Fighting Saints General Manager Kalle Larsson. “A lot of experience returning in all three areas, especially in net and also at defense. It will be interesting to see where our scoring comes from up front. We know we will have it, but there are a lot of players who could step into that role for us and we are very excited about that."

Up front, Stephen Halliday returns to the Fighting Saints for his third season in the USHL after a combined 72 points (23-49-72) in 101 career games over the last two seasons. The University of North Dakota commit also earned a spot on the USHL All-Academic Team last season and finished with 10 different multi-point games including a trio of three-point nights.

Aidan McCarthy is back in Dubuque between the pipes this season after posting a 13-8-1-0 record in 23 games with a 2.96 goals against average and 0.891 save percentage. The former Little Caesars netminder was also named to the 2020 BioSteel All-American Game after largely playing the role of a backup netminder last season to NHL Draft pick Erik Portillo.

The Fighting Saints will also have a veteran presence on the blueline as Henry Thrun makes his debut in Dubuque’s white and red. Thrun returns to the USHL after an impressive 21 points (3-18-21) in 31 games during his rookie season at Harvard University. The Anaheim Ducks prospect (2019, Round 4, #101 overall) had a combined 43 points (7-36-43) in 62 games with the USA Hockey National Team Development Program (NTDP).