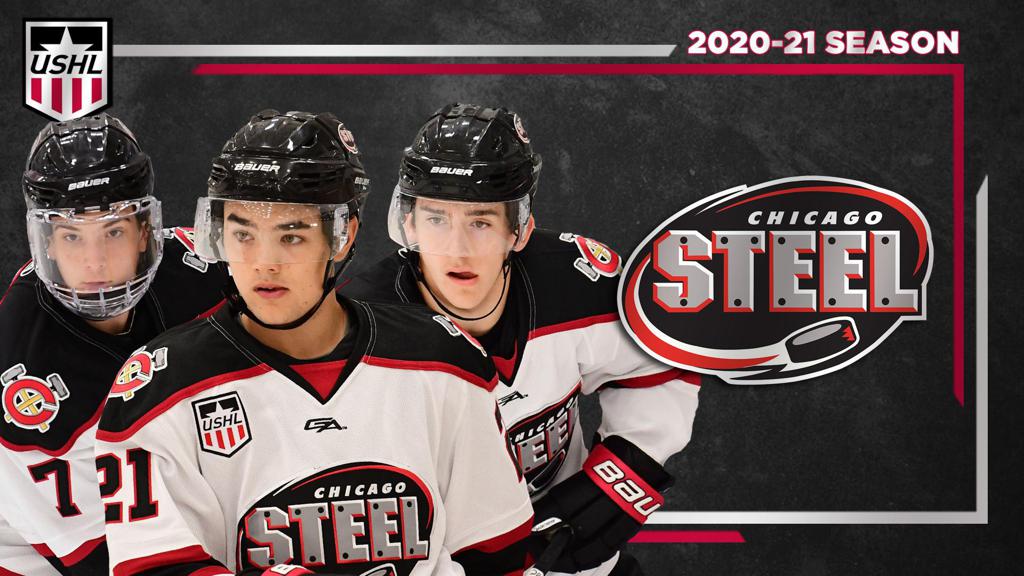 The defending Anderson Cup Champion, awarded annually to the USHL team with the best regular season finish, Chicago Steel hit the ice for the 2020-21 with a handful of returning players that will be key to their success this season.

“As an entire group, staff and players included, it has been great to be back at the rink, working to get better every day as individuals and as a team,” said Chicago Steel Head Coach Brock Sheahan. “We couldn’t be more excited for the start of the season, and we are grateful to be able to come to the rink every day and do what we love. We have a great group of players and we are all fortunate to be a part of the Steel Family. I am excited to see this group grow throughout the season.”

Sean Farrell returns to the Steel for his second season with the team and fourth in the USHL after collecting a USHL career-high 56 points, 15 goals and 41 assists last season. The Montreal Canadiens prospect (2020, Round 4, #124 overall), led all USHL skaters in assists last season and finished seventh in league scoring with his 56 points. The Harvard University commit previously played for the USA Hockey National Team Development Program (NTDP) for two seasons before joining the Steel and has a USHL career total 95 points (28-67-95) in 106 games.

Also returning among the forwards is Mackie Samoskevich, a 2021 NHL Draft prospect who was ranked an A skater on the NHL Central Scouting Preliminary List. An A-rated skater is a projected First Round selection according to Central Scouting. ESPN ranked the University of Michigan commit 16th in their “Early Top-32” rankings. Samoskevich is coming off a 34 point season (13-21-34) in 2019-20. The former Shattuck St. Mary’s forward made his USHL debut during the 2018-19 season when he picked up an assist in each of his two appearances.

On the defensive side, fellow 2021 NHL Draft prospect Ryan Ufko returns to the Steel to lead the blueliners. The University of Massachusetts commit was listed as a C-rated skater on Central Scouting’s Preliminary List after recording nine points (9-2-7) last season.