Get To Know: Jason Koehler 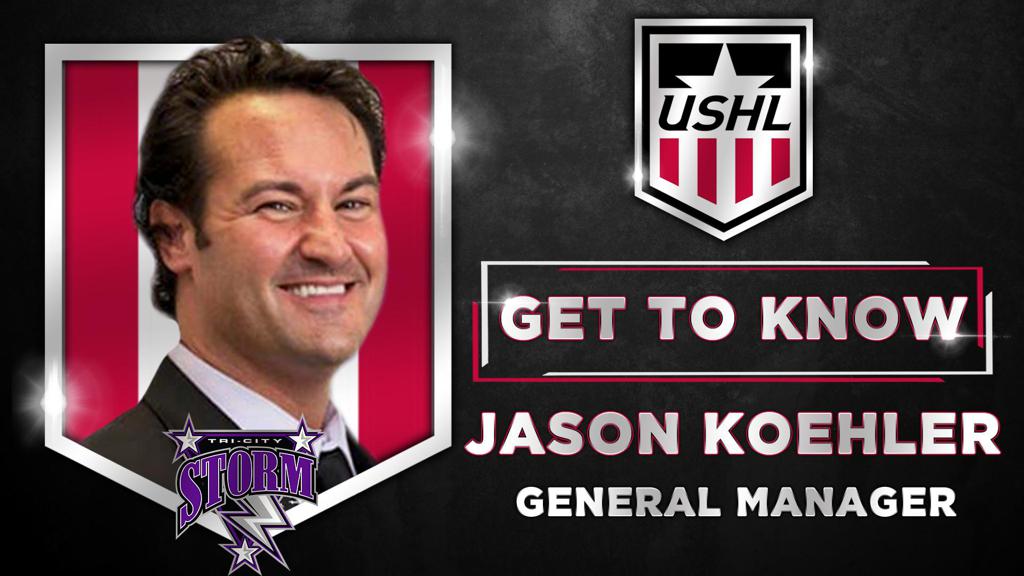 What is a guilty pleasure of yours?

Star Wars – I was fortunate to grow up in the “Empire Strikes Back Era of 1980” and never looked back…I love the movies, books, characters, quotes etc. and when I have some down time I love to throw these movies on and it always brings a smile to my face.

Do you have any superstitions, if so what are they and when did they start?

On draft day (USHL), I do not like anyone on our staff to say players’ names….I feel it jinxes the draft process and “someone outside can always hear you”. We are allowed to reference players by position, shot, birth year, team, home city / state, etc.

What is your favorite sports memory?

At 25 years old, in my second year working in junior hockey, our second year club – the Pittsburgh Forge (NAHL) won the regular season title, playoff championship, National Championship, and set a the record for wins in a season in that league.

Given it was my first real full-time hockey job and we had immediate success in our first (and only two) seasons of existence – it makes me feel proud of what we were able to do building a program from scratch as an expansion club with a lot of things against us and taking some high level young athletes and some “cast offs” who had never been respected and appreciated and helping turn the group into winners / champions / Division I players / and NHL draft picks.

What is your life motto?

“Know your role and shut your mouth”

What is the last song you listened to?

Gives You Hell – The All-American Rejects

If you weren’t in your current position in hockey, what would you be doing?

After 22 years, I still bartend on the side in the off-season, and I watched the movie Cocktail (1988) too many times growing up.…maybe a bar manager and bartender in a trendy club.

What is your biggest fear?

Failure…becoming lazy and complacent in my personal and professional life.

What is your hidden talent?

I am a “plethora of useless knowledge” according to my friends.

I have a very good memory for movies, tv shows, music, pop culture etc. I also have a good memory for hockey players I’ve scouted and recruited over the years which has led to some of my friends and co-workers referring to me as “Rain Man”.

What was the moment you realized your love for hockey?

Watching the Pittsburgh Penguins win the 1991 Stanley Cup after the 1990-1991 season. I’m from the Pittsburgh region and it gave me my first chance to watch an elite level playoff team with a number of top end NHL athletes and gain appreciation on how to evaluate talent and build a winning playoff team when I was very young. I knew I was never going to be a pro athlete, but I always appreciated the behind the scenes guys outside the players / coaches…. “builders”. That was the year I probably realized what I wanted to do in the future.