The Chicago Steel and Green Bay Gamblers, along with 32 youth teams, traveled to The Lone Star State for the inaugural Frosty Cup in Dallas, Texas. The Steel and Gamblers competed in a pair of games with the Steel winning both matchups. The second of the matchups was an outdoor game at Cotton Bowl Stadium Chicago won 7-2 after the Steel won a 7-1 game indoors the night before. 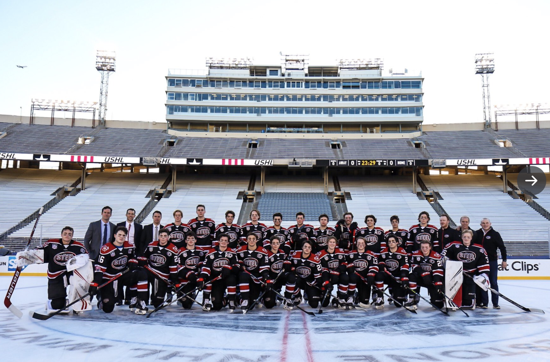 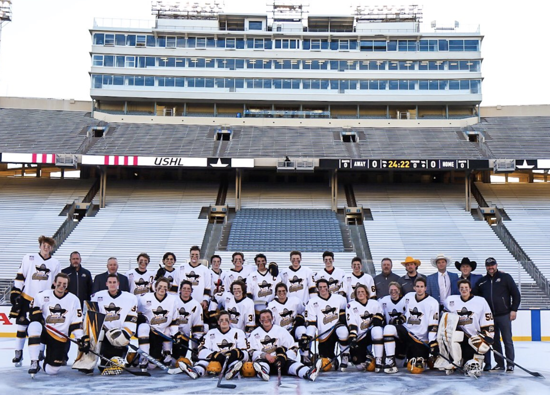 80 USHL players, past and present, were named to the NHL Central Scouting Midterm Rankings ahead of the 2020 NHL Draft.

USHL Director of Media and Communications Brent Meske sat down with Chicago Steel defenseman Jack Babbage and goaltender Ian Shane to talk about the importance of mental health on Bell Let's Talk day. Check out their conversation HERE.

Alumni of the Month - January 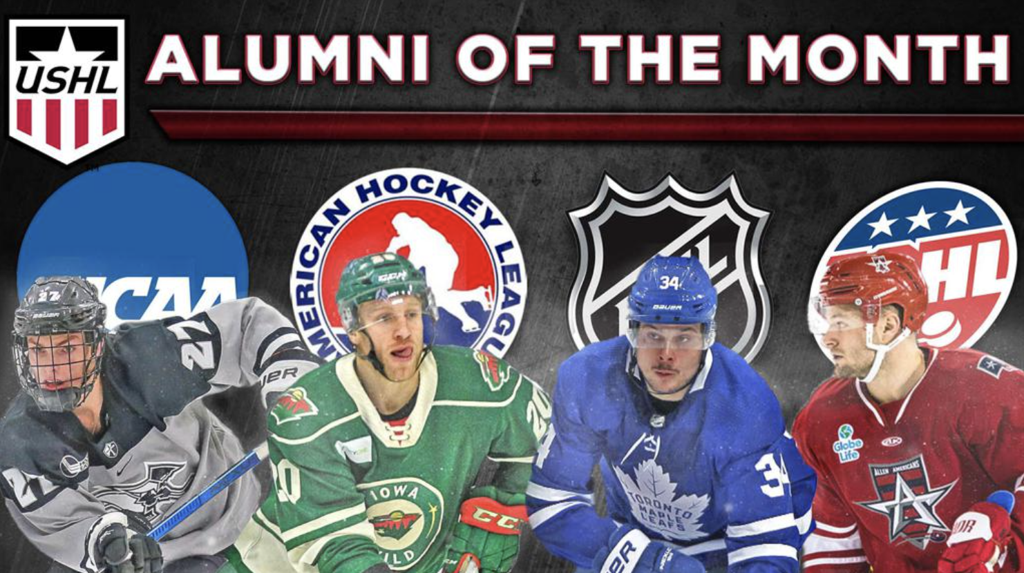 The USHL announced partnerships with both PRIVIT and College Hockey Inc. to provide its athletes, teams and personnel with even more resources to grow both on and off the ice.

Alumni of the Month - February 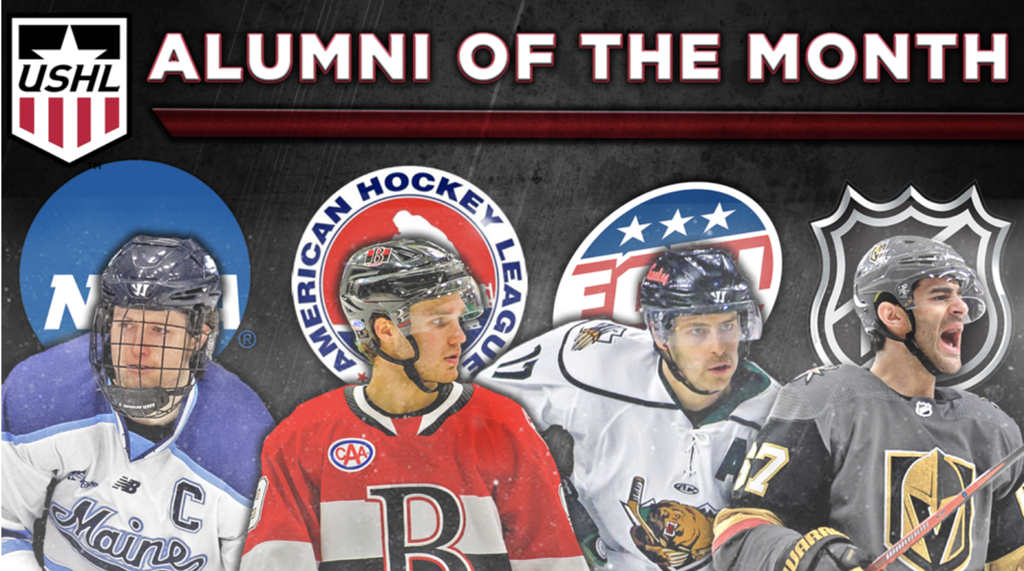 After COVID-19 hit the world and halted most sports leagues across the country, USHL alumni began signing professional contracts, which can be found HERE.

After finishing the USHL regular season with a 41-7-1-0 record, the Chicago Steel were named Anderson Cup Champions for the first time in Club history. 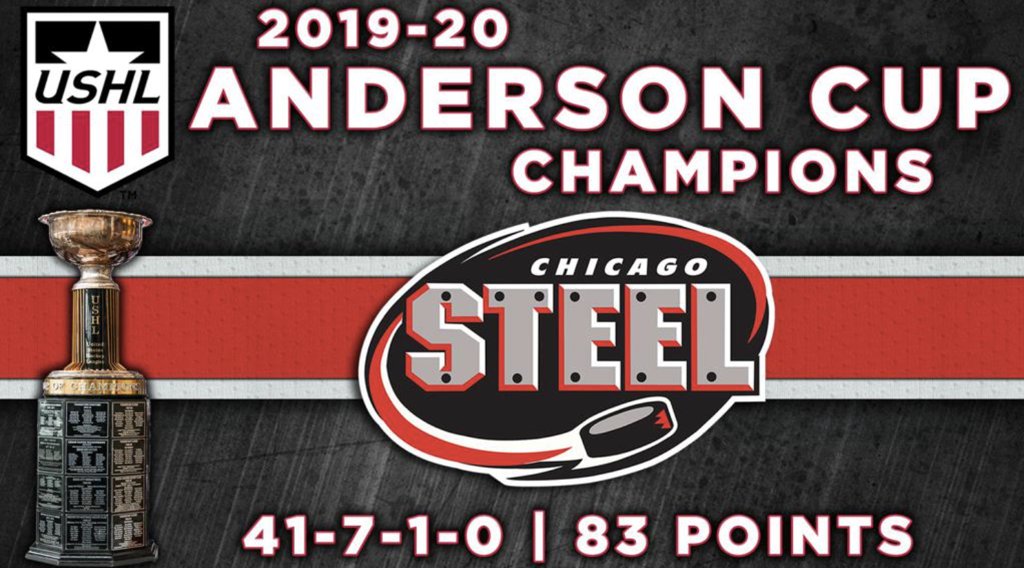 81 USHL players, past and present, were named to the NHL Central Scouting Final Rankings ahead of the 2020 NHL Draft.

NCAA awards were dominated by USHL alumni as the only Tier I junior hockey league in America's former players won the Hobey Baker Award, Mike Richter award and 20 of the 25 AHCA/CCM Hockey Men’s Division I All-Americans.

Scott Perunovich, a junior defenseman at the University of Minnesota Duluth, and Jeremy Swayman, a junior goaltender at the University of Maine, were named the Hobey Baker and Mike Richter Award winners, respectively. Perunovich played the 2016-17 season for the Cedar Rapids RoughRiders while Swayman appeared in 32 games for the Sioux Falls Stampede during the same season. Former USHL athletes made a clean sweep of the First Team honors in the East, took six of the seven positions on the Second Team in the West and accounted for four of the six honorees for First Team West and Second Team East. 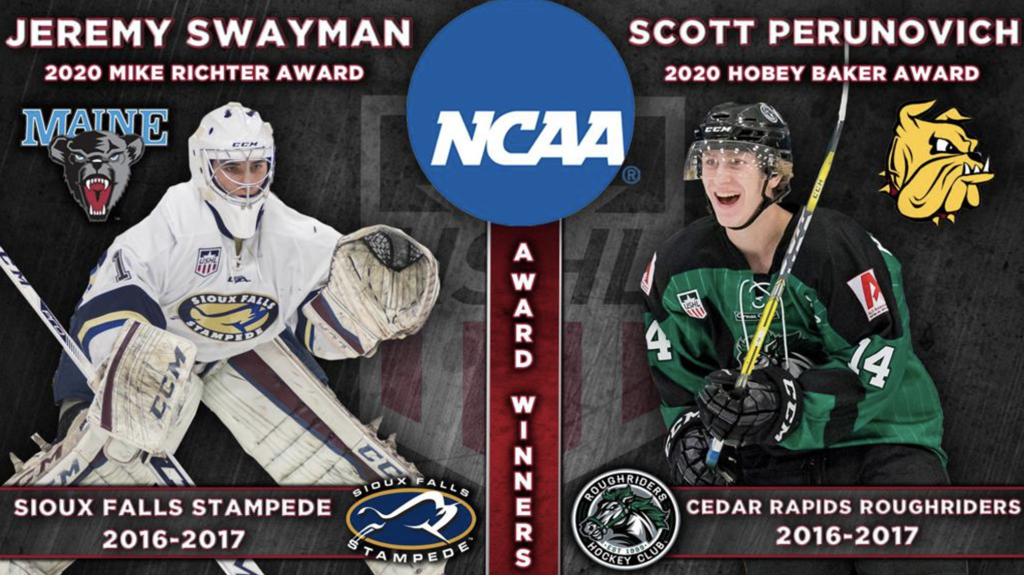 During the USHL offseason, the league announced a plethora of season awards including:

In the 2020 NHL Playoffs, 156 alumni were spread out among all 24 NHL Rosters. Among the standout performances from alumni, Dallas Stars forward Joe Pavelski (Waterloo Black Hawks) broke the record for points in a post season by an American-born player and Tampa Bay Lightning forward Blake Coleman lifted the Stanley Cup at the end of the Bubble playoffs. Alongside Coleman was former USHL coaches Jon Cooper and Derek LaLonde.

The 2020 NHL Draft was yet another great year for the USHL as 51 current and former players were selected, marking the third year in a row that 50-or-more players from the USHL were taken in the NHL Draft. Among the selections were Jake Sanderson and Brendan Brisson, selected in the first round. Rounds 2-7 then saw at least seven alumni taken in each round.

The USHL premiered a Feature Friday segment in early December, starting off with a story about the 29 players in the USHL that had already been selected in the NHL Draft.

A week later, the focus turned to the five players entering the 2020-21 USHL season as A-rated Skaters according to NHL Central Scouting's Preliminary List for the 2021 NHL Draft.

Rounding out the year was a feature on the 30-plus USHL alumni on six 2021 IIHF World Junior Championship rosters. The USHL ended up seeing 23 alumni on the United States roster win gold, along with Ruben Rafkin bringing home a bronze medal with Team Finland. 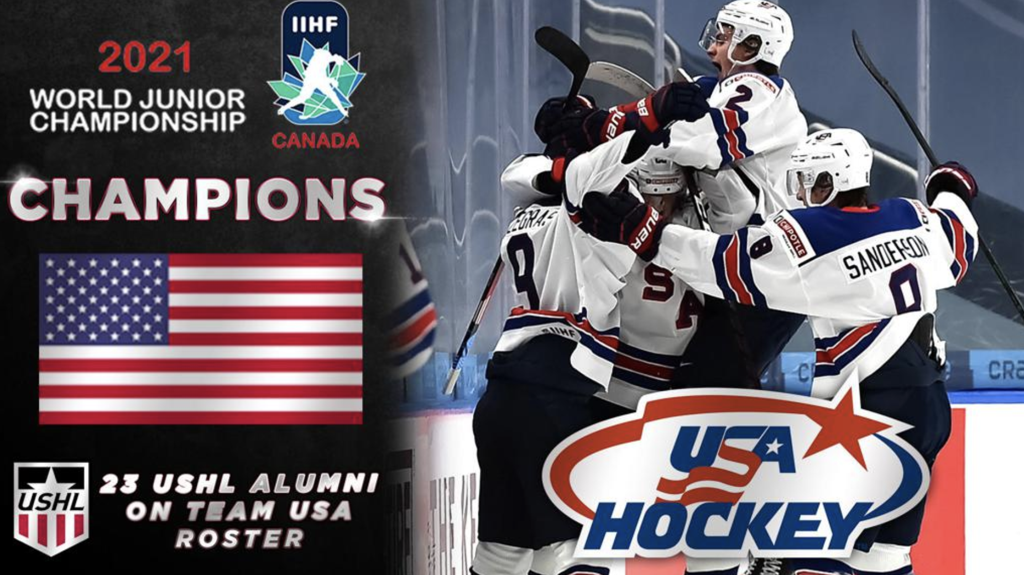 As a league, we're happy to have had so many great highlights throughout what was a rough 2020 for everyone across the world. We are incredibly excited to see what 2021 brings and are committed to remaining the top Junior Hockey league in the country. #WhosNext