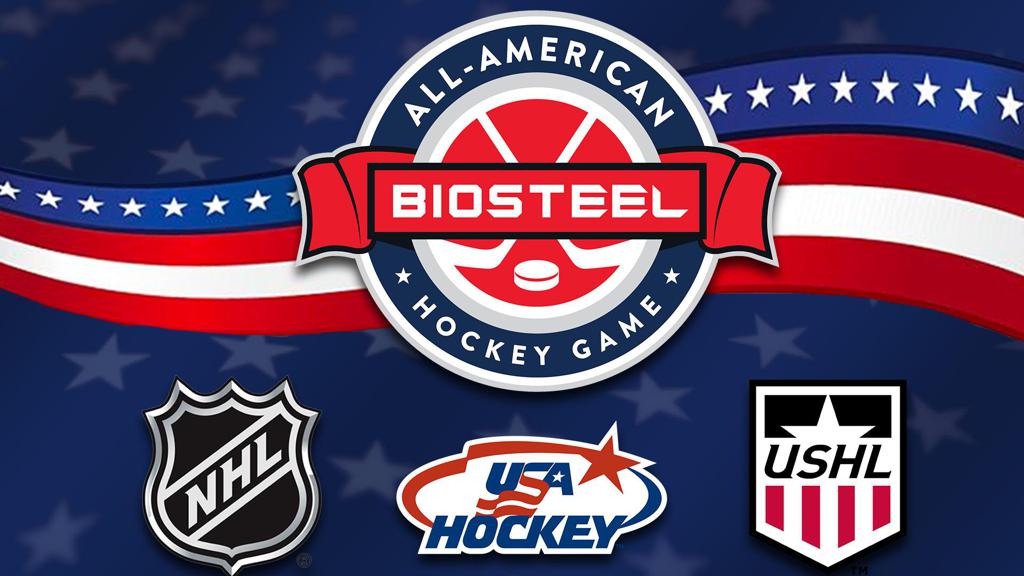 The USHL roster features 22 players representing 10 of the USHL’s Member Clubs. For the second-straight year, the roster will go head-to-head with the USA Hockey National Team Development Program (NTDP) Under-18 Team, which is one of the USHL’s 16 Member Clubs. The game, which will be broadcast live on NHL Network, is a showcase of the best 2021 NHL Draft-eligible players currently playing in the United States. The team will be coached by Green Bay Gamblers Head Coach Pat Mikesch, Fargo Force Head Coach Pierre-Paul Lamoureux and Chicago Steel Associate Head Coach Mike Garman.

This season’s USHL roster features three players who were named an A-rated skater on NHL Central Scouting’s most recent rankings, including Chicago Steel forwards Matthew Coronato and Mackie Samoskevich, as well as Sioux Falls Stampede forward Cole Sillinger. Coronato is currently second in USHL scoring with 66 points (36-30-66) in 39 games, trailing only his teammate Sean Farrell who was selected in the 4th Round of the 2020 NHL Draft by the Montreal Canadiens after playing in the 2020 BioSteel All-American Game. Samoskevich currently has 29 points (11-18-29) in 25 games for the Steel while Sillinger is second in scoring on the Stampede with 34 points (17-17-34) in 21 games this season.

Among the 22 players on the USHL roster, 14 were rated by NHL Central Scouting on the service’s latest rankings ahead of the 2021 NHL Draft. While three were given “A” ratings, six earned “B” ratings including Ufko, Buium, Knies and Strand as well as Fargo Force defenseman Jack Peart and Force forward Tristan Broz. Another five players had a “C” rating, including Doan, Laatsch and Schimek, as well as Muskegon Lumberjacks forward Cameron Berg and Dubuque Fighting Saints forward Connor Kurth.

At last year’s inaugural event, the NTDP team, coached by Mike Knuble, bested the USHL team, coached by Scott Gomez, 6-1. Among the combined 42 players who participated in the event, 26 were selected in the 2020 NHL Draft, including Jake Sanderson and Brendan Brisson in the First Round. The 16 undrafted players from the 2020 BioSteel All-American Game are eligible for the 2021 NHL Draft, including a trio of players who are scheduled to play for the USHL team in this year’s event: Laatsch, Strand and Muskegon defenseman Hank Kempf.

In the seven prior All-American games, 287 players have participated with 243 (84.7 percent) having ties to the USHL. Of the 243 with USHL ties, 161 were playing in the league at the time of the game and 82 were either league alumni or had not yet played in the USHL. Twelve current USHL players previously played in the All-American Game, including eight in 2018 (Braden Doyle – DBQ, Ryan Drkulec – WAT, Aaron Huglen – FGO, Mike Koster – TC, Garrett Pinoniemi – SF, John Prokop – MUS, Cameron Rowe – DM, Grant Silianoff – CR) and four in 2017 (Jack Jensen – OMA, Ryan O’Reilly – GB, Jack Randl – OMA, Adam Samuelsson – SC). Of the 188 total All-American alumni selected in the NHL Draft, 162 are USHL alumni, with all 31 NHL teams having selected at least one USHL alumni.

While the NTDP squad will be named later, the roster will be led by Dan Muse, Mike Leone and Greg Mauldin.