The United States Hockey League (USHL) announced Wednesday the Players of the Week for Week 20 of the 2020-21 season. While Akira Schmid earned his second USHL Goaltender of the Week award in three weeks, Chaz Lucius and Nate Schweitzer each were awarded their first weekly honor of the season. 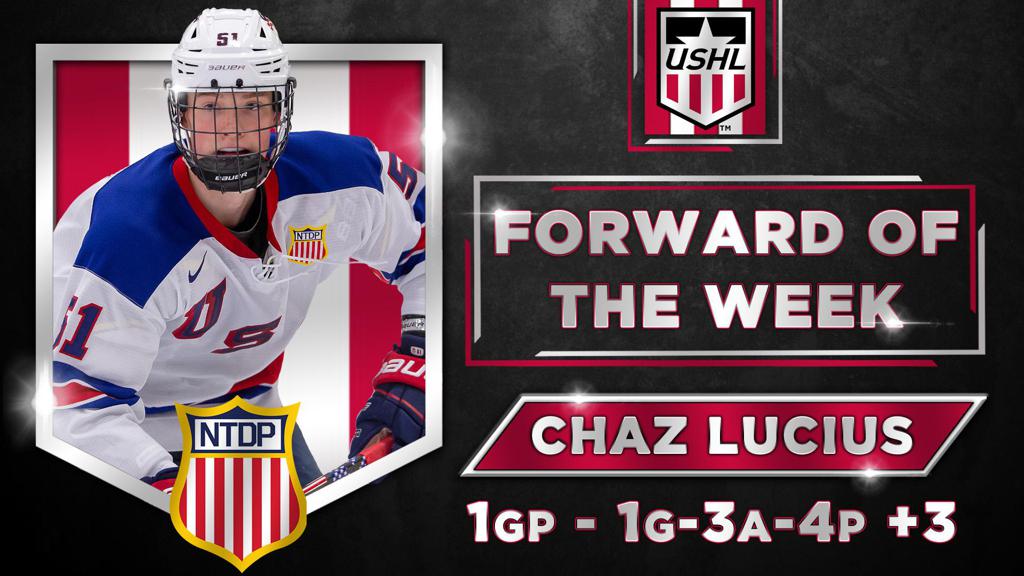 Chaz Lucius needed only one game, a 9-0 NTDP win over the Youngstown Phantoms, to rack up four points and earn his first USHL Forward of the Week award. The future University of Minnesota Golden Gopher picked up a pair of assists as the NTDP opened the scoring Sunday afternoon with a pair of goals just 22 seconds apart midway through the opening frame. Lucius picked up a third assist as the NTDP extended their lead to 7-0 with less than 10 minutes to play before striking for a goal of his own with 38 seconds remaining in regulation. The A-rated skater’s (NHL Central Scouting Preliminary and Updated Lists) four-point game was a new USHL career-high after registering three points in back-to-back games last season. Lucius now has 10 goals this season in eight games, which bested last season’s personal best of eight goals through 32 games. 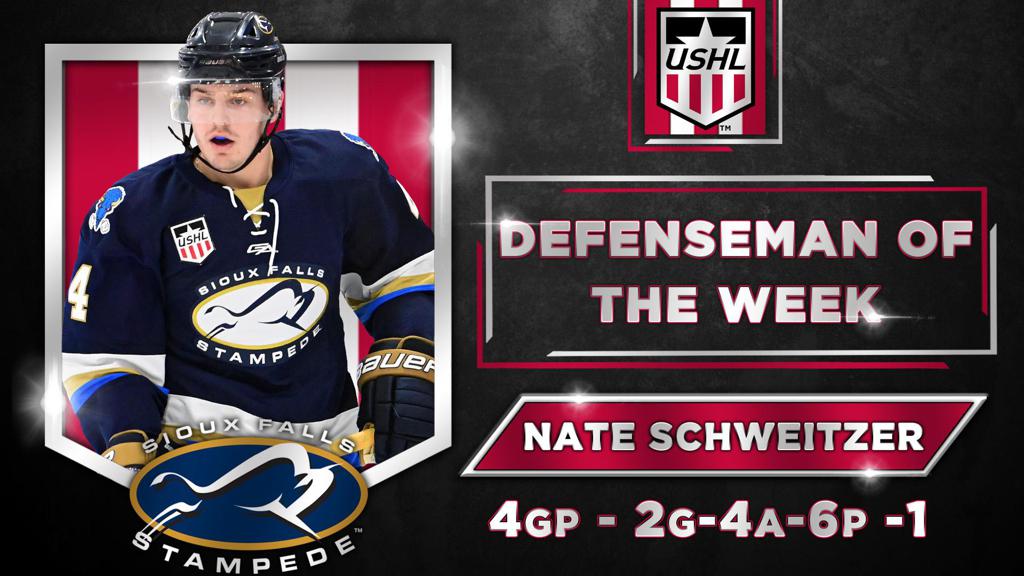 Schweitzer continued a great offensive season with six points (2-4-6) during the Sioux Falls Stampede’s four-game week. The Colorado College commit set a career high with a three-point night (2-1-3) in an 8-4 Stampede win over the Lincoln Stars on Tuesday night. Schweitzer’s multi-goal game was also a first for the defenseman through his first 46 games in the USHL. The Champlin, Min. native finished the week with three-straight games with an assist, extending his current point streak to five games (3-4-7). Prior to the current streak, Schweitzer had recorded a three-game point streak back in November. After a six-point week the defenseman, who was ranked by NHL Central Scouting three different times last season, now has 20 points (6-14-20) in 42 games this season. 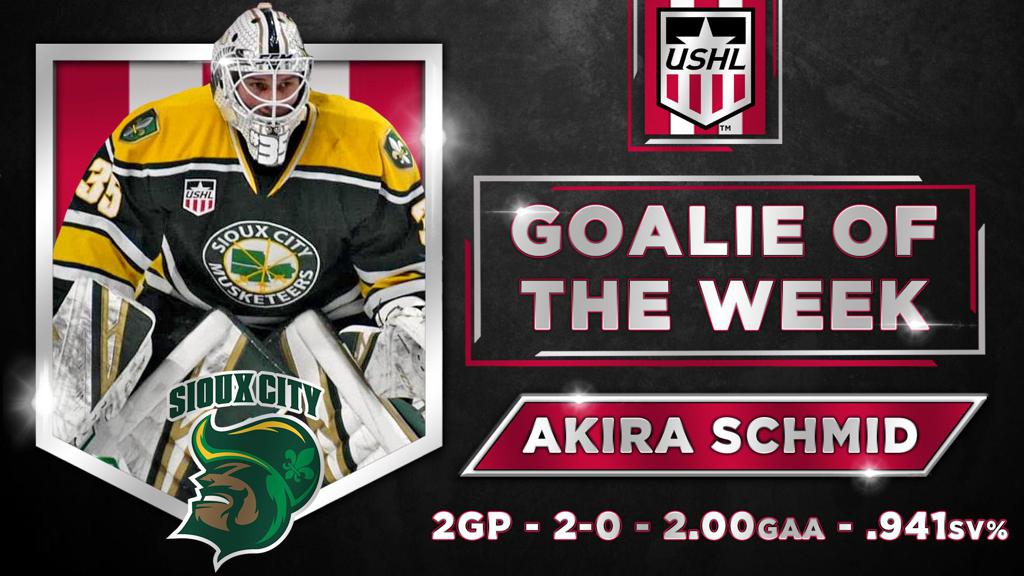 Schmid was awarded his second USHL Goaltender of the Week this season after backstopping the Sioux City Musketeers to a pair of wins over the Western Conference-leading Fargo Force. The New Jersey Devils prospect (2018, Round 5, #136 Overall) turned aside 22 of the Force’s 24 shots on Friday night as the Musketeers won 3-2. The following night, Schmid recorded a season-high 42 saves Saturday night as Sioux City never trailed in its second 3-2 win in as many nights.  The Switzerland native has appeared in 26 games this season with a 12-13-1-0 record, a league-leading 0.909 save percentage and 2.36 goals against average that ranks second in the USHL.