The United States Hockey League (USHL) announced Tuesday the Players of the Week for Week 21 of the 2020-21 season. The Goaltender of the Week award for Green Bay Gamblers netminder Matt Davis was his second of the season while Forward of the Week Cristophe Tellier and Defenseman of the Week Henry Thrun are first time winners. 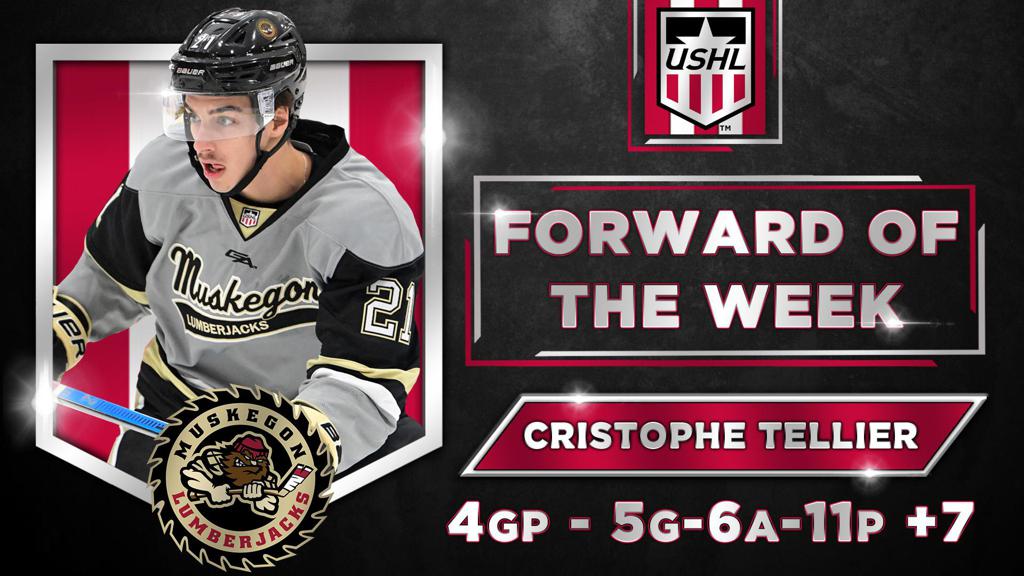 Tellier continued to stay hot for the Lumberjacks last week, picking up 11 points (5-6-11) as Muskegon won three of its four games this week. Tuesday night, Tellier registered a trio of points (1-2-3) as Muskegon won an exciting 7-6 back-and-forth battle against the United States National Team Development Program (NTDP). The Quinnipiac commit then recorded another eight points in a three-game weekend against the Youngstown Phantoms. Tellier registered a goal and an assist (1-1-2) in Friday night and Sunday afternoon’s wins and had a season-high four-point night (2-2-4) in a Saturday night loss to the Phantoms. With Tellier’s stellar weekend, the Sherbrooke, Quebec native extended his point streak to five games (7-7-14) and has also registered at least one point in 11 of the last 14 games (9-12-21) dating back to February 13. Tellier now has 43 points (18-25-43) in 43 games this season which puts him in a tie for 11th among all USHL skaters, trailing a pair of his teammates, forward Danil Gushchin (26-27-53) and forward Cameron Berg (22-27-49). 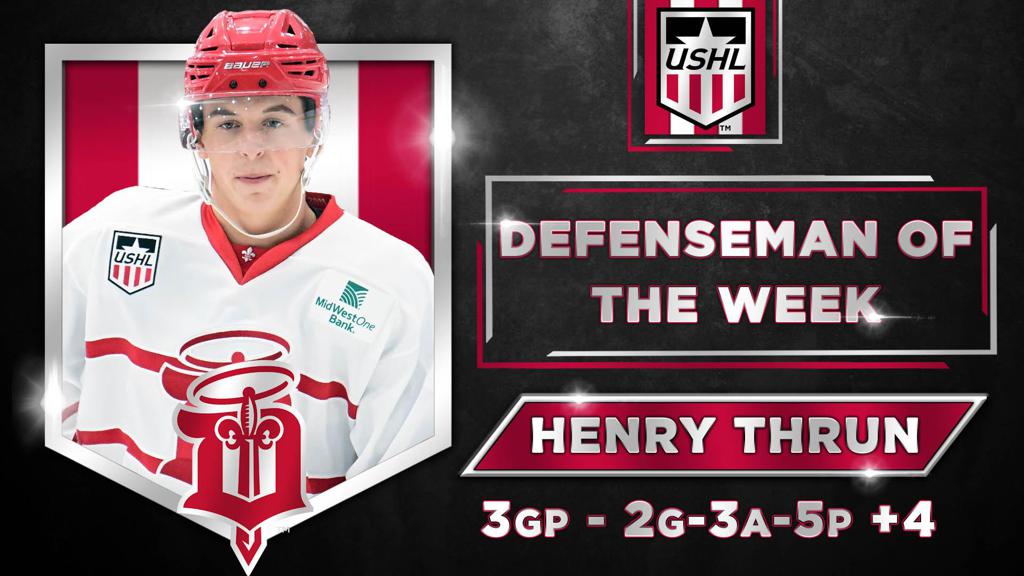 Dubuque Fighting Saints defenseman Henry Thrun registered five points (2-3-5) this weekend as the Fighting Saints picked up five of a possible six points on the weekend. In Dubuque’s lone loss of the weekend, Thrun recorded a goal and an assist, helping the Fighting Saints battle back in a 5-4 shootout loss on Friday night. The Anaheim Ducks prospect (2019, Round 4, #101 Overall) scored his fifth goal of the season in a 10-2 win over the NTDP. Thrun finished the weekend with a pair of assists on Sunday in a 7-2 win over the Waterloo Black Hawks. The Harvard University commit’s Saturday night goal set a new season-high for Thrun (5) as he has registered one additional goal in each of his three seasons in the USHL, playing the last two seasons with the NTDP. Thrun, a native of Southborough, Mass., is now on an active four-game point streak (3-5-8) and has at least one point in eight of his 13 games this season and has 12 points (5-7-12) in 13 appearances this season. 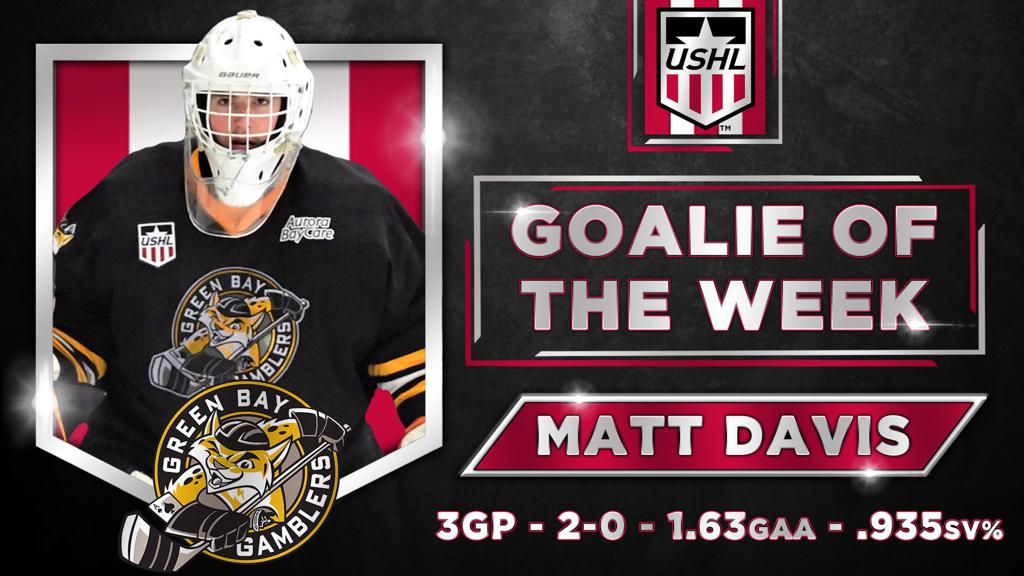 Matt Davis won his second USHL Goaltender of the Week award after winning a pair of games in three appearances last week. The University of Denver commit’s weekend started with a relief appearance Friday night, relieving teammate Aaron Randazzo in a 5-1 loss to the Chicago Steel. Davis bounced back with a pair of wins, starting with a 26-save performance in a  4-2 Saturday night win over the NTDP. The Calgary, Alberta native finished the week with his third shutout of the season, a 24-save game, whitewashing the Waterloo Black Hawks. Davis finished the week with a 1.62 goals against average and 0.935 save percentage, improving his season totals to a 3.26 goals against average and 0.897 save percentage to go along with his 18-8-0-3 record in 30 games this season.