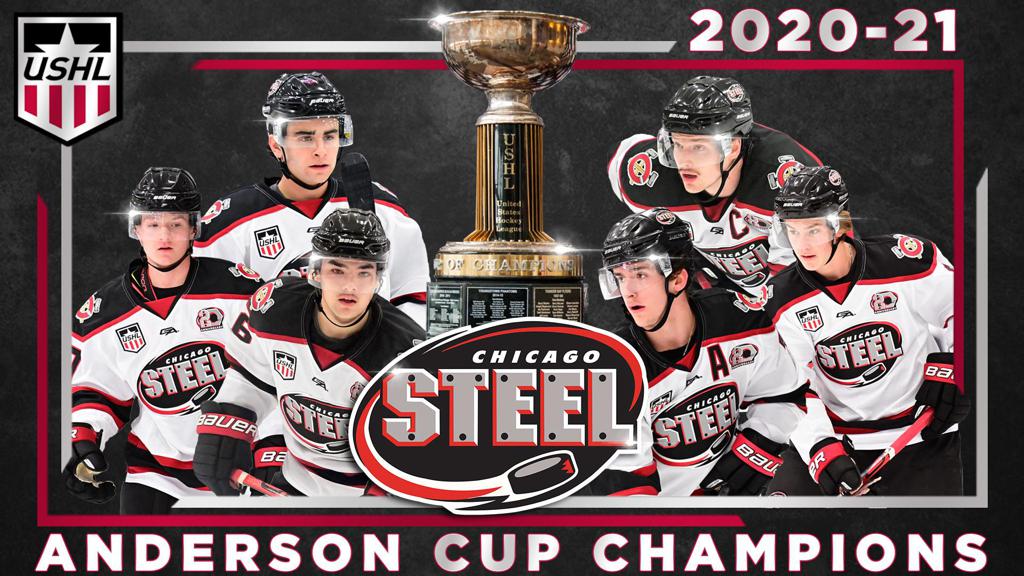 The United States Hockey League (USHL) announced Saturday the Chicago Steel as Anderson Cup Champions for the 2020-21 season. The USHL’s Anderson Cup is awarded annually to the team with the best regular season point total and was awarded this season based on point percentage. The Steel are currently 36-11-3-2 with two games left to play in the 54-game season.

The 2020-21 season’s final standings and Playoff rankings will be determined by points percentage this season due to an uneven amount of games played by all teams. The USHL announced on Saturday that any game initially declared a No Contest that had not yet been rescheduled would not be made up in the interest of player safety. Despite COVID-19 impacting the original 54-game schedule, the league is on track to complete 98 percent of its scheduled regular season games.

This season marks the second Anderson Cup in Chicago Steel franchise history. This season, Chicago set its own record for goals in a season with 254 and the team currently has the league’s top four scorers.

Chicago will now have home ice advantage throughout the 2021 Clark Cup Playoffs, which are scheduled to begin on Friday, April 30. This season, the top four teams from each conference will make the Playoffs. To date, three teams in the Eastern Conference (Chicago, Muskegon Lumberjacks, Green Bay Gamblers) and one team in the Western Conference (Tri-City Storm) have clinched a spot in the Clark Cup Playoffs.