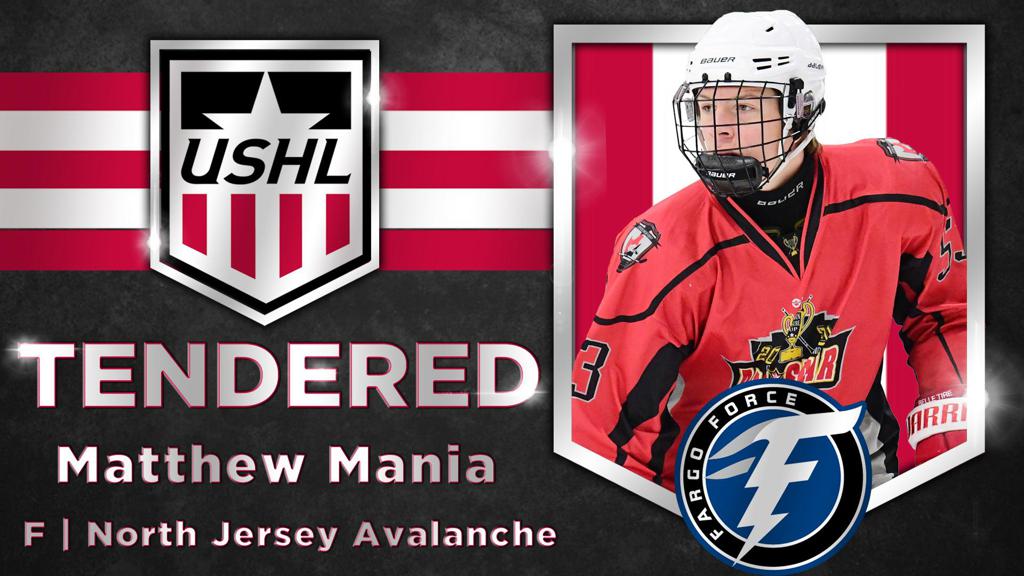 The Fargo Force of the United States Hockey League announced today that they have signed right-handed defenseman Matthew Mania to a tender for the 21-22 season.

Mania, only 16 years old, was a key component to his North Jersey Avalanche team winning the 2021 U16 National Championship, which was recently held in St. Louis Missouri. The 6-foot, 186 lb. offensive defenseman played 3 years in the Detroit Belle Tire youth system, prior to the 20-21 season.

“We are thrilled Matt decided to sign with us,” said Fargo General Manager, Cary Eades. “He is someone we have scouted very closely, and our staff has seen him play live and on video on multiple occasions. Despite 'playing up' an age level with the Avs, his skating speed, puck handling abilities, vision and compete level allowed him to make a strong impact in every game we watched him. He has a very bright future, and we feel he is one of the best D-men in his age group (2005’s) in the county.”

“Our coaching staff, led by Head Coach Pierre-Paul Lamoureux, who was a defenseman himself, have done an outstanding job of mentoring young blueliners in recent years. They’ve developed their all-around skills in preparing our guys to play college hockey and beyond. I’m sure this was a factor in Matt signing with the Force. We’re excited to welcome Matt and the Mania family to our Fargo Force hockey family."