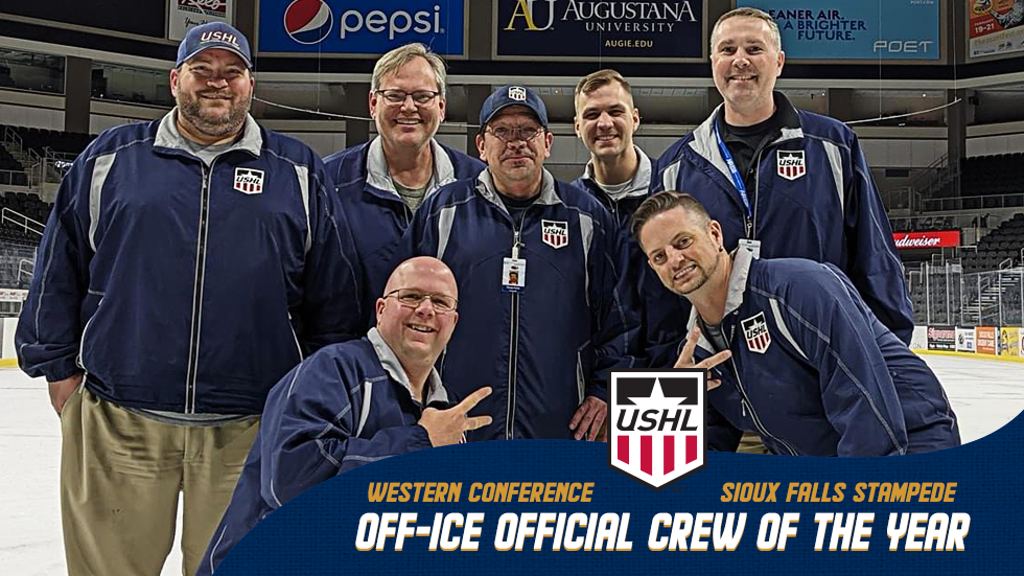 SIOUX FALLS, S.D. –– The United States Hockey League (USHL) announced Wednesday the Sioux Falls Stampede have been awarded the 2020–21 USHL Off-Ice Official Crew of the Year award. The annual honor is given to the crew that demonstrates a high level of professionalism and upholds the regulations set forth by the league.

The award is voted on by member clubs from both the Western and Eastern Conference. The Muskegon Lumberjacks have been selected to represent the east.

“We are extremely proud of our off-ice crew and the pride they take in their positions,” said Stampede President Jim Olander. “During a season in which it would have been easy to take a step back, each member stepped up because of their love of the team, league and game. On behalf of the organization, I would like to say thank you and congratulations on a very deserving award.”

Duties for the Stampede off-ice official crew include goal judging, penalty box attendants, game clock operators, time keeping, stat and shot keeping. The crew also works directly with the on-ice officials throughout and after the game.

The USHL Off-Ice Crew of the Year award was introduced following the 2019–20 season with the Omaha Lancers receiving the inaugural honor. 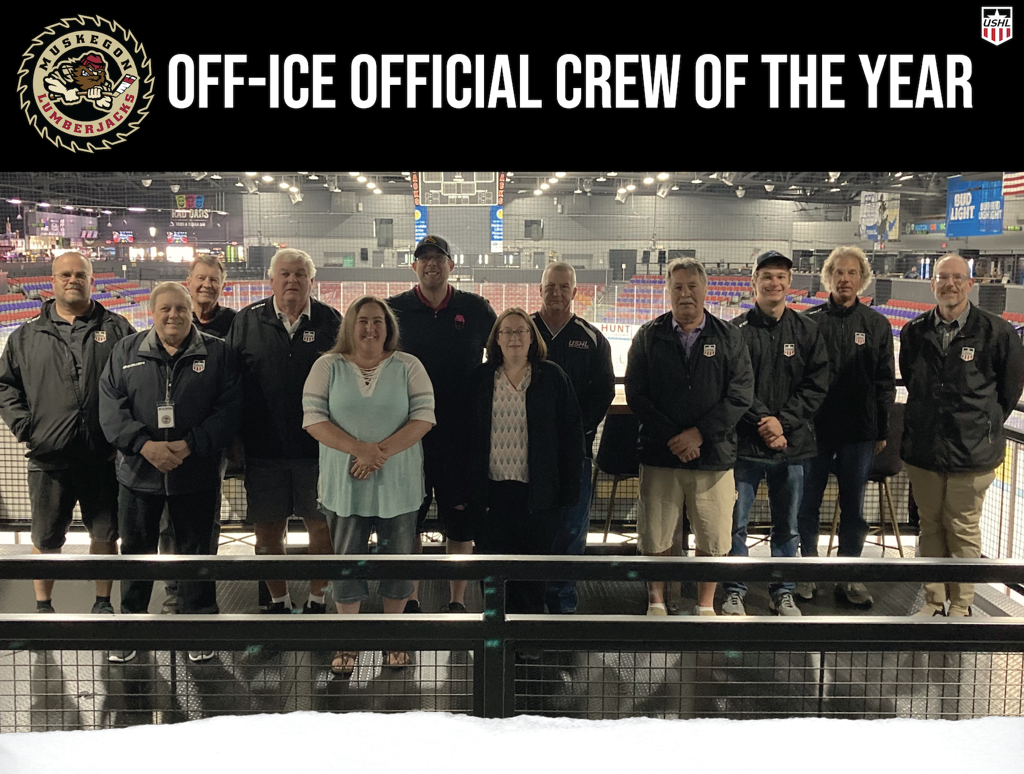 MUSKEGON, MI- The Muskegon Lumberjacks’ off-ice official crew has been named the Eastern Conference’s Off-Ice Official Crew of the Year, as voted on by member teams.

Off-ice officials handle everything from stat and data entry to goal judges, and Muskegon often uses a crew of ten officials per game. The team is responsible for entering live statistics from each game that update the live scoreboards on USHL.com and HockeyTV.com. The officials also act as goal judges and penalty box officials.

The squad is led by Pat Burke and Nick Howard, who have a combined 20 years of experience as off-ice officials in Muskegon.

“It’s an honor- I’m still at a loss for words,” said Howard. “To be voted the top crew in the East is very special since I know the other teams in the USHL do a great job.”

Muskegon has had a diligent crew of officials for many years, and Broadcaster Scott Bradford has worked in close proximity to that crew for the entirety of his five years with the team.

“Our off-ice crew is very deserving of this honor,” said Bradford. “I share the press box with them on a nightly basis and each and every one of them has been a pleasure to work with. Our crew does a great job with a myriad of tasks every night and they have fun doing it. I’ve been very lucky to work with a crew as experienced and fun as the one we have here in Muskegon.”