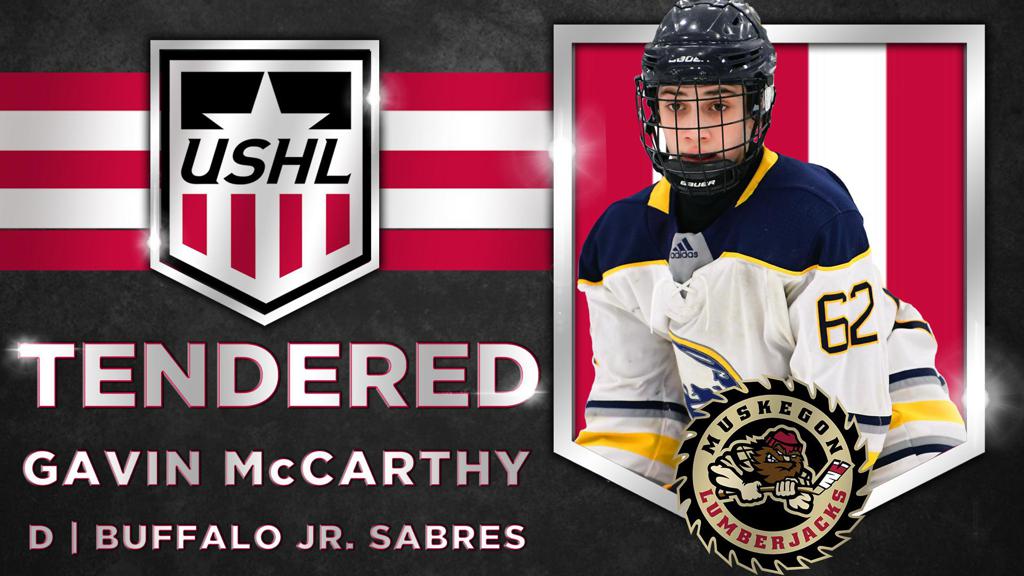 The Muskegon Lumberjacks have signed defenseman Gavin McCarthy to a Tender Agreement for the 2021-2022 season. McCarthy, a 2005-born defenseman, will be the second tender of the year for the Jacks, and Muskegon will give up their second-round, Phase I draft pick in 2022 in order to sign the 2005-born blueliner.

Per the agreement, McCarthy will appear in 55 percent of Muskegon’s games in 2021-22.

McCarthy will turn 16 years old on June 2 and hails from Clarence Center, NY. McCarthy has played with the Buffalo Jr. Sabres organization since the 12U level, and this season played for the Sabres’ 16U team.

“The number one reason I signed with the Lumberjacks is because Muskegon will be the best option for me as far as development for the next few years,” said McCarthy. “I know the organization can help me move on to the next level.”

McCarthy has not yet made his NCAA commitment. The defender had this to say when asked about his strengths as a player:

“I’d say I’m a two-way defenseman who can jump up in the rush as well as play lockdown defense,” said McCarthy. “I’d say my skating is among my biggest strengths.”

“We are excited to add Gavin to our family,” said President of Hockey Operations Steve Lowe. “We expect big things from him as a Lumberjack. It increases the depth of our d-corps and we are truly, truly excited to have a player who we feel is one of the top American-born defensemen of the 2005 class.”

McCarthy joins forward Carson Rehkopf as Muskegon’s tenders ahead of the 2021-2022 season. The Jacks have now utilized both of their tenders and will now look ahead to the USHL draft that takes place next week.