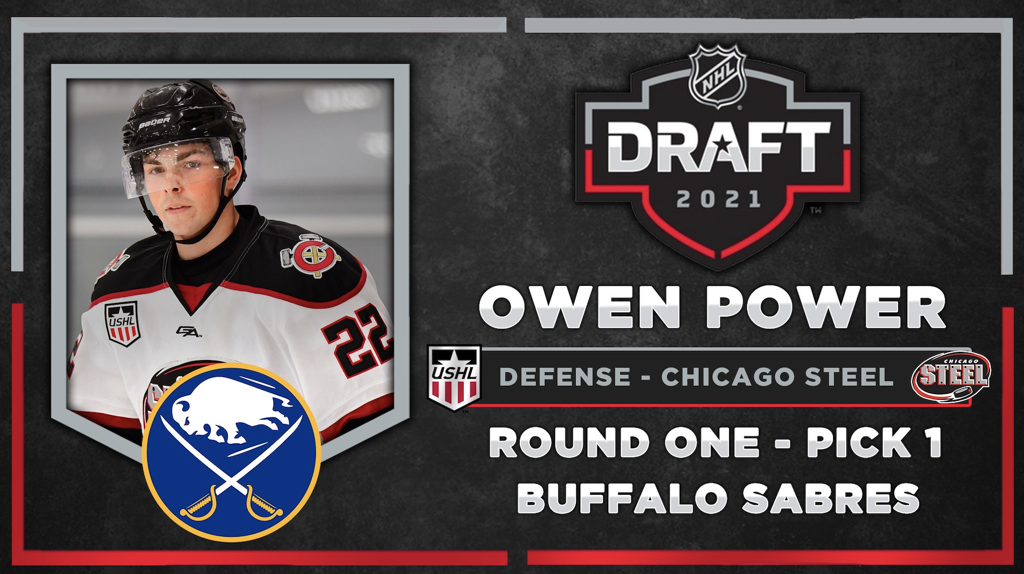 “Owen Power is a great talent and being selected first overall is not only an honor for him but the USHL as well,” said USHL President & Commissioner Bill Robertson. “We’re ecstatic for Owen, his family, the Chicago Steel and the Buffalo Sabres organizations and are excited to see what is next in Owen’s development both on and off the ice.”