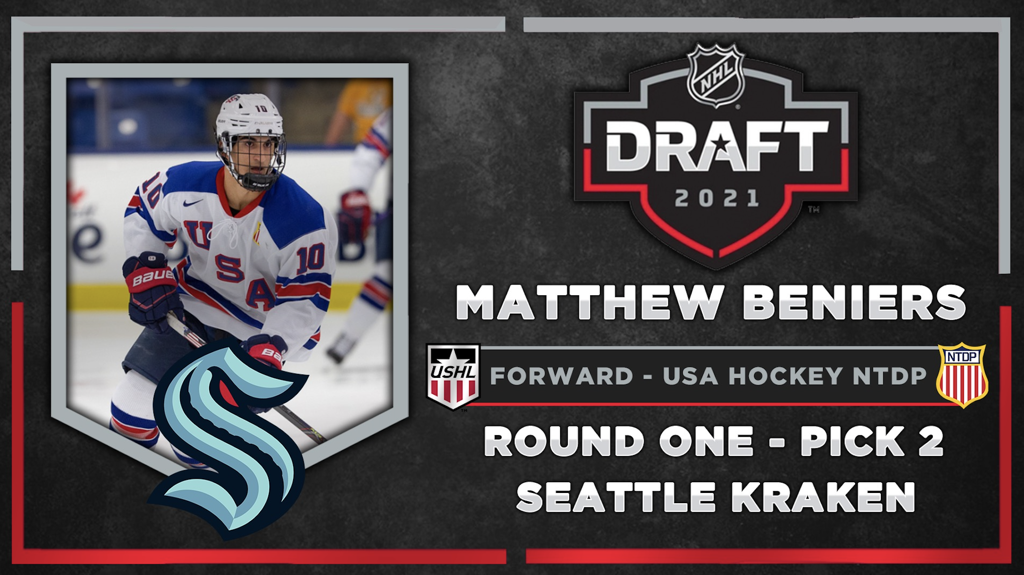 “As a league, we are proud of Matthew Beniers and know his selection as the second overall pick is a reflection of both Matthew’s individual talent as well as the development our league and the NTDP provide players every season,” said USHL President & Commissioner Bill Robertson. “We know Matthew will be a great asset to the Seattle Kraken and are excited to see what is next in his career.”

Beniers played two seasons with the NTDP in the USHL, picking up 47 points (18-29-47) in 49 league games. The Hingham, Mass. native then moved on to the University of Michigan where Beniers just finished his freshman season, scoring 24 points (10-14-24) in 24 games and earning a spot on the Big Ten All-Rookie roster as well as being named an Honorable Mention for the All-Big Ten Teams.

The Kraken’s selection of Beniers marks the second time a USHL alumnus has been the first NHL Draft pick of an NHL expansion team after the Columbus Blue Jackets selected Sioux City Musketeers alumnus Rostislav Klesla with the fourth overall pick in the 2000 NHL Draft. Beniers is the ninth USHL player selected in the NHL Draft by an expansion team.