Brolsma is the First Female On-Ice Coach in USHL History 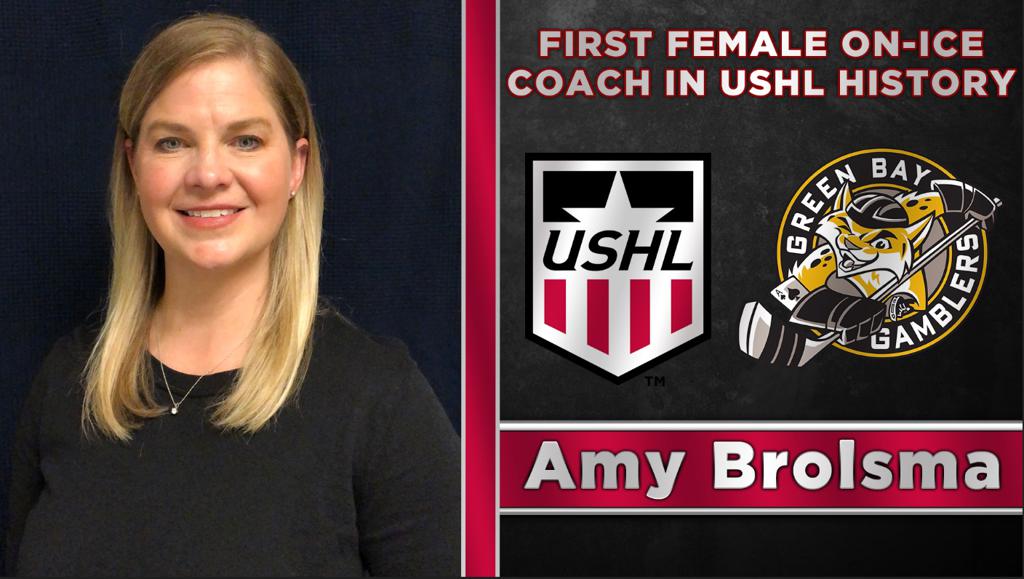 Green Bay, Wis. – The Green Bay Gamblers announced Tuesday the hiring of Amy Brolsma as the team’s Skating and Skills Development coach. Brolsma will work under Gamblers Head Coach/General Manager Pat Mikesch. Brolsma is the first on-ice female coach in the history of the United States Hockey League, which traces its roots back to 1961.

“This is a great day for the Green Bay Gamblers and the game of hockey as a whole,” says Gamblers President Jeff Mitchell. “Amy is a tremendous teacher, and we are fortunate to have her as part of our organization.”

“I am excited to welcome Amy Brolsma to the Gamblers coaching staff,” said Mikesch. “Having seen first-hand what she has done with former Gamblers Brett Gruber, Tony Stillwell, Nolan Moyle, Trenton Bliss and Dunne, speaks volumes for what she’ll add to the organization from a development standpoint.”

Prior to coaching, Brolsma was one of the first skaters in Northeast Wisconsin to pass the Senior Freestyle figure skating tests.  She competed in the 1999 United States National Championships in compulsory figures, winning a bronze medal. Brolsma is a Master Rated professional figure skater.

“I am thrilled to be a part of such a wonderful organization”, says Brolsma. “It is an honor for me to have this opportunity to bring my skating expertise to these elite athletes. I look forward to working with Head Coach Pat Mikesch and the rest of the coaching staff in this upcoming year. It will be an exciting year for the Gambler organization!"

Media interested in speaking with Amy Brolsma, the Green Bay Gamblers or the United States Hockey League should contact Brent Meske (USHL, Director of Media and Communications) at meske@ushl.com.