The United States Hockey League (USHL) announced Tuesday its Players of the Week for Week 4 of the 2021-22 season. Recently acquired forward Cole Burtch won Forward of the Week after his lone game with the Cedar Rapids RoughRiders while second-year Waterloo Black Hawks defenseman Cooper Wylie and Omaha Lancers netminder Kevin Pasche were named Defenseman and Goaltender of the Week, respectively. 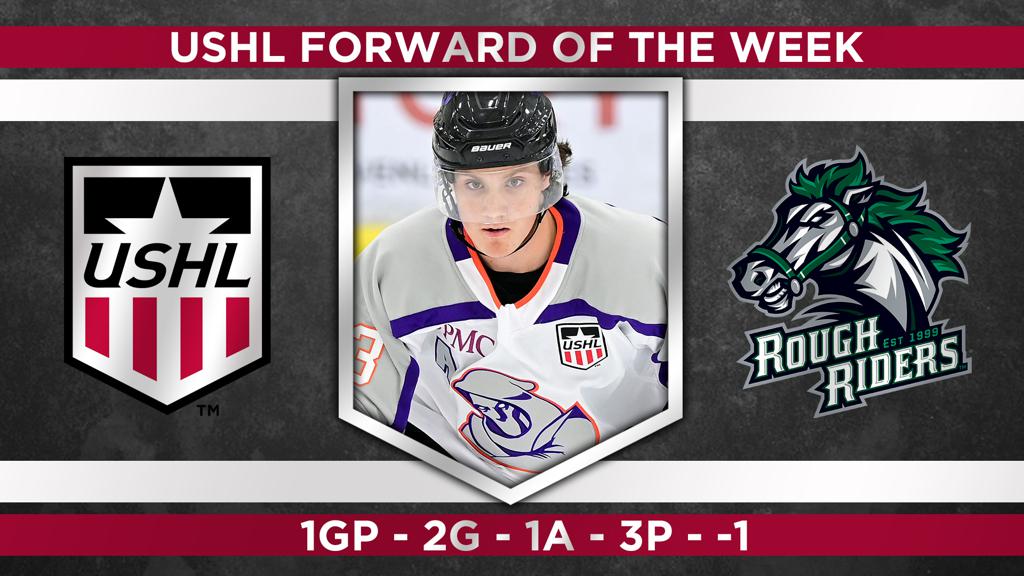 After being acquired by the Cedar Rapids RoughRiders earlier in the week, Burtch earned his first Forward of the Week award after picking up three points (2-1-3) in his first career game with Cedar Rapids after playing 55 games with the Youngstown Phantoms in the last two seasons. The Western Michigan University commit picked up all three of his points on the powerplay, including a helper on the game’s first goal. After the Des Moines Buccaneers answered back with four-straight goals, Burtch struck for his first powerplay goal of the night midway through the third period. With just 17 seconds remaining in regulation, Burtch struck again on the powerplay bringing the game to its final 6-4 score in favor of Des Moines. In 55 games with the Phantoms, Burtch had 40 points (21-19-40), including three multi-goal games and one hat trick. 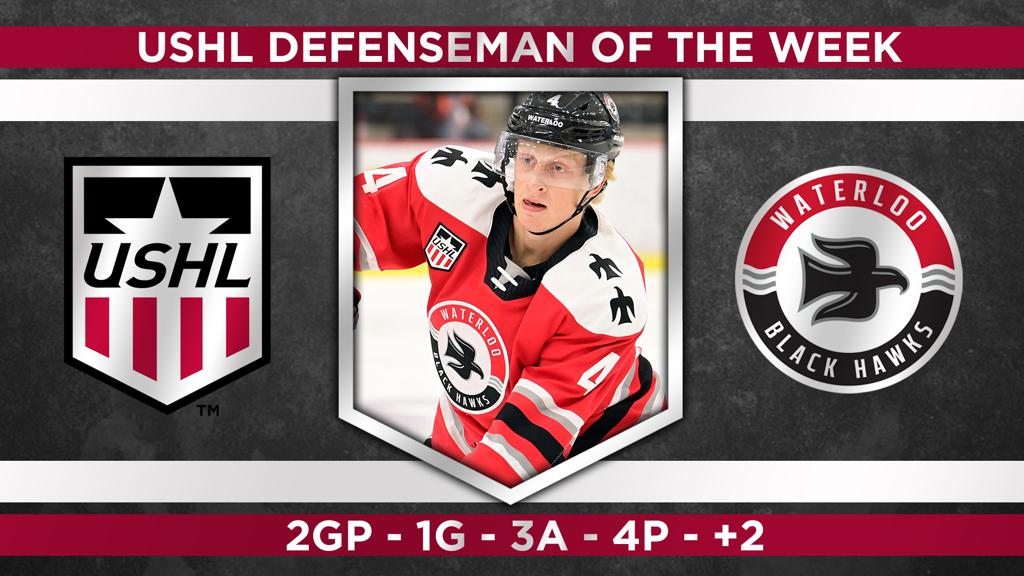 For the third time in four weeks, the Waterloo Black Hawks saw a player of theirs bring home a weekly honor, this time as Wylie was named Defenseman of the Week with four points (1-3-4) in two games. After being held off the scoresheet Friday night, the St. Cloud State University commit struck for a goal and three assists in a 4-3 overtime win Saturday night against the Dubuque Fighting Saints. Wylie picked up his first assist in the game’s opening goal in the opening frame and later assisted on a third period powerplay goal from teammate Mason Reiners and picked up the primary assist on the game-tying, powerplay goal with just 32 seconds left in regulation. After assisting on every Waterloo goal in a back-and-forth regulation, Wylie’s first goal of the season served as the overtime game winner as he sent the fans home happy. 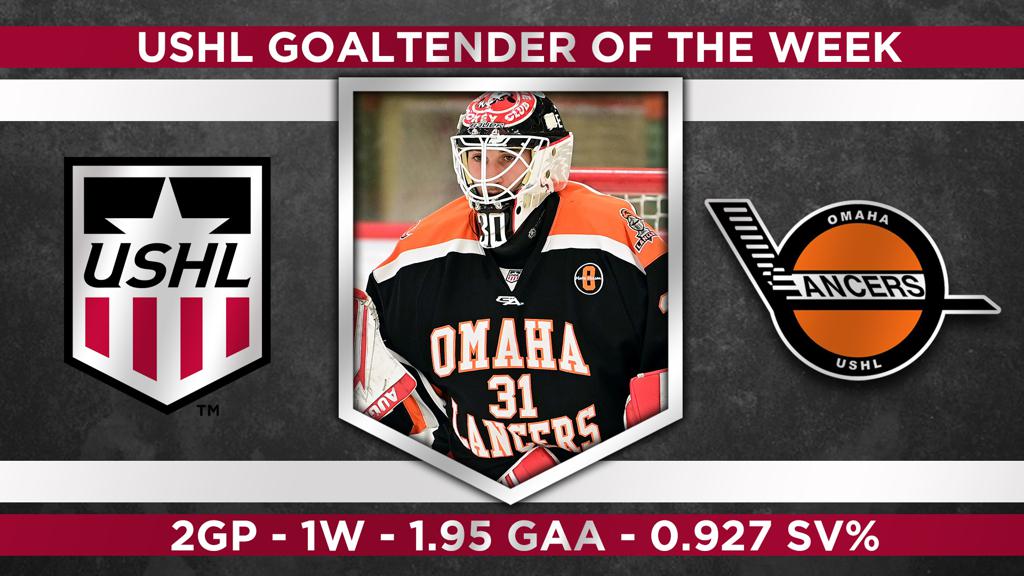 Despite splitting the weekend series, Kevin Pasche recorded a 1.95 goals against average and 0.927 save percentage, turning aside 51 of the 55 shots he faced, en route to earning his first Goaltender of the Week award. The Swiss netminder had a near perfect performance Friday night, stopping 26 of the 27 shots he faced in a 2-1 overtime win against Waterloo. The next night, Pasche was stuck with a loss, despite keeping his Lancers in the game with 25 saves in an eventual 3-2 loss to the Sioux City Musketeers. Despite a 1-3-0-0 record this season, Pasche has an impressive 2.25 goals against average and 0.922 save percentage, which are both in the top-10 among league netminders. Pasche is following in a steady line of Lancers goaltenders as each of the last two Omaha primary goaltenders each won a trio of Goaltender of the Week Awards in their time, including Jakub Dobes (two in 2020-21 and one in 2019-20) and Kyle McClellan (three in 2019-20). The Swiss netminding connection is also strong as fellow Switzerland native Akira Schmid won USHL Goaltender of the Year last season and was awarded Goaltender of the Week on four separate occasions.

The 2021-22 season will be the USHL's 20th season as the nation's only Tier I junior hockey league. The USHL had 50 players selected at the 2021 NHL Draft, marking the fourth-straight season with 50-or-more USHL players selected in the Draft. More than 800 league alumni are currently on NCAA Division I rosters, further establishing the USHL as the world’s foremost producer of junior hockey talent.