The United States Hockey League (USHL) announced Tuesday its Players of the Week for Week 5 of the 2021-22 season. Green Bay Gamblers netminder Aaron Randazzo made it three seasons with a Goaltender of the Week award as he backstopped an overtime win against the league’s top team while Omaha’s Garrett Wright and Madison’s Luke Mittelstadt tallied five and four points, respectively, earning Forward and Defenseman of the Week honors. 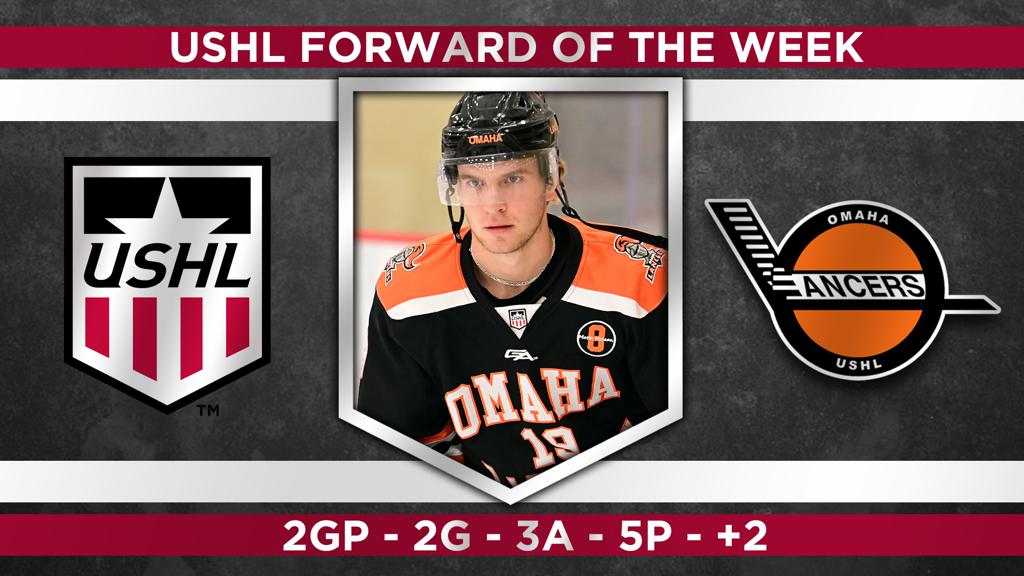 The Omaha Lancers swept a home weekend over the defending Western Conference Champion Fargo Force thanks in part to a great offensive output from Wright. Friday night saw a pair of goals from the Mesa, Ari. native as Wright had the game winner early in the second before adding a shorthanded insurance goal just 30 seconds into the third period of a 4-1 win. The next night, Wright was pivotal in a come-from-behind victory for the Lancers, who fell two goals behind in the opening frame before tallying a trio of goals in the second, of which Wright assisted on the second and third, capping a three-point night (0-3-3), before closing out a 4-3 win in the third. Wright is off to a great start offensively with 10 points (4-6-10) in the first eight games this season for the Lancers. In 45 previous games in the USHL (Omaha, 2020-21; Central Illinois Flying Aces, 2017-18), Wright had 10 points (1-9-10). 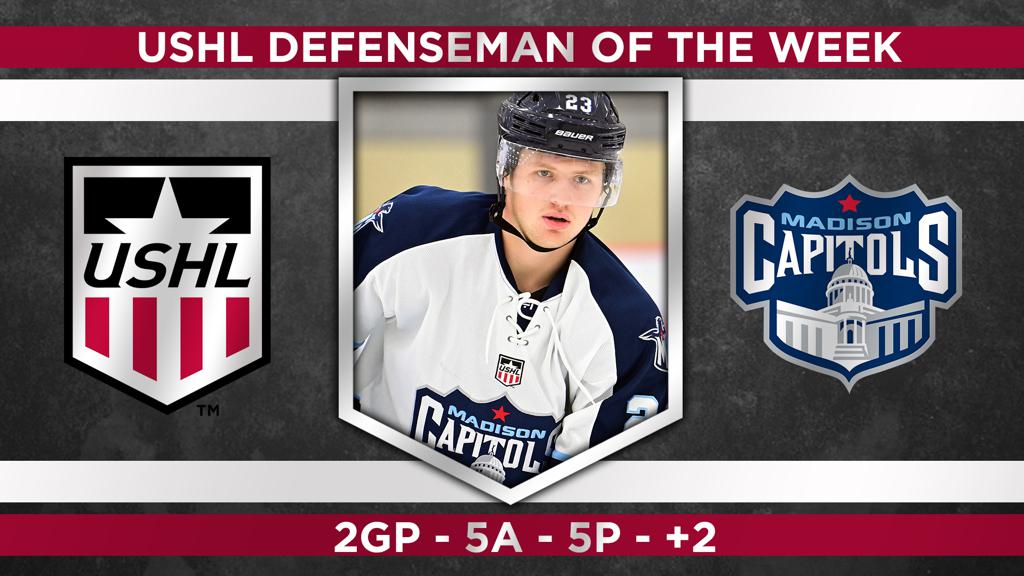 Mittelstadt helped propel the Madison Capitols to a pair of home wins over the Muskegon Lumberjacks last weekend, boosting the Capitols to a 7-1-1-0 record to open the season and a total of 15 points, which is second in the League. The University of Minnesota commit came up big in a 6-3 Friday night win with a quartet of assists. Mittelstadt picked up the secondary assist on Madison’s first goal of the game, a powerplay strike, midway through the first period. After a back-and-forth battle saw the Capitols tie things midway through the final frame of regulation, Mittelstadt rattled off a trio of assists on three-straight Madison goals in the back half of the third period. He went on to register a secondary assist on the powerplay in the first goal of a wild 6-4 win over the Muskegon Lumberjacks on Saturday night. The native of Eden Prairie, Min. has nine points (4-5-9) through the first nine Capitols games this season after earning a trio of points (2-1-3) in 12 contests with the Lincoln Stars last season. If the name sounds familiar, that’s because Luke is the younger brother of Casey Mittelstadt, a former USA Hockey NTDP and Green Bay Gamblers skater who is currently signed by the Buffalo Sabres (2017, Round 1, 8th Overall). Luke’s other brother, John Mittelstadt, is currently a forward with the Green Bay Gamblers. Luke was designated a B Skater on NHL Central Scouting’s Preliminary and Updated Lists last season and will look to join Casey as an NHL Draft selection at the 2022 NHL Draft. 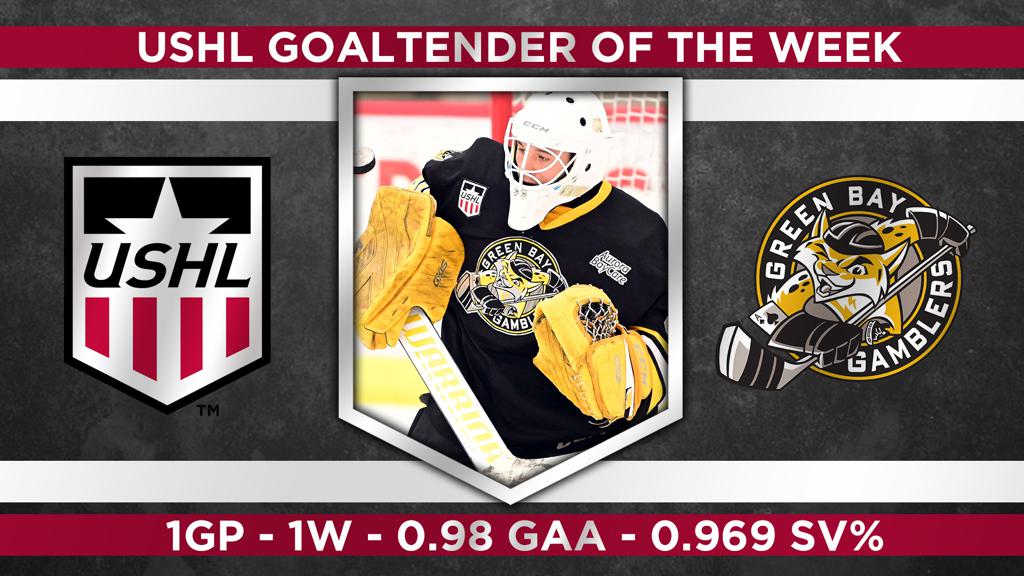 For the third time in three seasons, Randazzo picked up Goaltender of the Week honors. The Air Force Academy commit previously earned the honor during Week 7 of the 2020-21 season with the Gamblers and previously on January 7, 2019 with the Dubuque Fighting Saints. Randazzo was a brick wall for the Gamblers on Friday night as he turned aside 31 of the 32 shots the league-leading Chicago Steel sent his way, backstopping his Gamblers to a 2-1 overtime victory. The third-year netminder has been great for Green Bay this season with a 3-1-0-0 record and a 3.25 goals against average and 0.901 save percentage. In 49 league appearances over the last three seasons, Randazzo holds a 23-17-1-1 record with a 3.42 GAA and 0.884 SV%.

The 2021-22 season will be the USHL's 20th season as the nation's only Tier I junior hockey league. The USHL had 50 players selected at the 2021 NHL Draft, marking the fourth-straight season with 50-or-more USHL players selected in the Draft. More than 800 league alumni are currently on NCAA Division I rosters, further establishing the USHL as the world’s foremost producer of junior hockey talent.